Altruism, Infectious Disease, and the Future

This essay should be of great interest during the coronavirus pandemic. But I wrote it before the pandemic began, based on reading a book written in 1965.

I first discovered the scientific principles of the evolution of disease by reading the René Dubos classic Man Adapting. Even though I was a professor, I still had never heard of balanced pathogenicity. And it was even later that I began to read some of the many wonderful books about altruism. But it was only recently that I noticed the connection between the two. 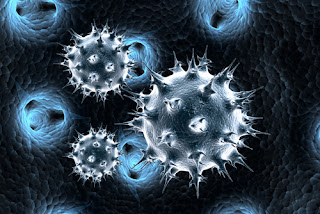 In human tribal societies, altruism was extremely important. The best way, perhaps the only way, for a person to rise to the top was with help from friends and supporters (direct reciprocity), and with a good reputation (indirect reciprocity). Trustworthiness was rewarded, and cheaters were hated. At least one scientist, Robin Dunbar, speculated that human language evolved largely as a facilitation of reciprocity.

Balanced pathogenicity is where a virulent disease, so long as it is transmitted by direct contact, usually evolves into a milder form over time. This is because even in prehistoric times everyone around the victim knew that the victim was sick—whether from demons or bad air—and stayed away from him or her. A successful germ was one that had mild effects on the victim, who could then get up out of bed and go around spreading the germs. In this way, an acute disease can evolve into a chronic disease or even all the way to commensalism: Dubos speculated that some diseases evolved themselves out of recognized existence. This has been my experience. Like many people who grew up in Tulare County, California, I had tularemia. I did not know it, however, until a skin test revealed it. The doctor told me I had just felt bad one day, and that was it. In earlier decades, it was often a serious ailment.

Today, however, massive corporations conduct much of their business in a way that their practices are shielded from public scrutiny. Even corporations that had infamous practices, as many did during the 2008 recession, remain in business and are profitable, since most customers nationwide do not remember what they did. Reciprocity and reputation have not eliminated them or even, in some cases, reformed them. In modern corporations, oppressive decisions are made in boardrooms, decisions that a CEO might not normally make if he actually looked the customer in the eye.

The second parallel between altruism and infectious disease is this. There are many diseases in which balanced reciprocity does not evolve. Cholera is an example. Potential victims cannot know where the cholera germs in the water came from. Did they come from an acutely sick, or a mildly sick, person? Virulent and mild germs spread equally well. This is how Paul Ewald succeeded in getting cholera to evolve into milder form in some locations: if cholera could not spread through water, it had to spread through direct contact, and by doing so it evolved into a milder form.

In the mass of online information about corporations, a customer is unlikely to be able to determine which banks, for example, have a good reputation and which ones have a bad one. They choose banks the way people drink contaminated water. I certainly did, and regret it.

It can get worse. Some diseases spread more effectively if their victim is very ill. This is often the case with diseases that spread by insect vectors. Mosquitoes prefer to bite victims who are too sick to move around or to swat them. Such diseases can evolve to become worse.

In a similar fashion, some corporations actually benefit from social disruption that they and other corporations create. Consumers who are suffering from inadequate sleep, debt, and job insecurity seek pleasures and entertainment that many corporations are only too happy to provide to them.

If I am right about this, altruism faces significant challenges in the immediate future, even after the current pandemic abates.

This may be no more than an analogy. If so, it is a useful concept for teaching the principles of evolution—principles that show up in such seemingly unrelated fields as epidemiology and altruism. As a result, students may be forced to realize that they cannot consign evolution into an easily-ignored little box in the warehouse of knowledge.