Listen to the Scientists! A Look Back at Harrison Brown

Harrison Brown was a twentieth-century nuclear chemist who developed some of the most important processes that went into making the bombs that fell on Japan at the end of World War II. His role in ushering in the age of nuclear war bothered him, however, and he became an activist not only to work against nuclear proliferation but one of the leading scientists of his time to analyze the prospects for the human future. 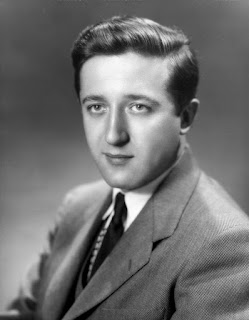 One of the earliest books that faced the ecological challenges of human survival was his 1954 book, The Challenge of Man’s Future. Remember that this was more than a decade before the environmental movement began. Starting about 1968, dozens of books, some reasonable, some alarmist, came out claiming that human civilization and industry was going to destroy the world. One of these books, by Gene Marine, was called America the Raped, and the cover picture showed a bulldozer destroying the entire natural world. But Harrison Brown’s book predated the alarmism. On the cover, H. J. Muller, Albert Einstein, and (of course) Supreme Court justice William O. Douglas praised Brown’s book.

Brown took into consideration all the data he could find to make projections about the future. First, about human population. He took a close look at human demography: female survival and childbirth rates, for example. His book was one of the earliest to have population pyramids which are now standard in every text. He considered that birth rates might decrease if contraception was made widely available. But he also shared the view of the Malthusians, among whom was a physicist of whom I had never heard (Sir Charles Galton Darwin, who wrote a book in 1953; guess whom he was descended from), that people will have as many kids as they can unless restrained by law.

Then he considered food production. How much food can we produce? Although neither he nor anyone else actually foresaw the Green Revolution, he did consider technological advances in food production, including the possibility, then new, of large-scale hydroponics. He even considered the possibility that humans could get most of their calories from Chlorella, a single-celled alga that does not need farmland to grow. He said the Earth could support 100 billion people if everyone ate Chlorella, but he knew this would never happen.

He also considered the availability of energy and raw materials for transportation, industry, etc. Nobody knew how much, or how little, coal and oil there was. He said that there was a lot of coal and oil, as well as mineral ores, but that we were rapidly depleting the easily available materials. He made his estimates of mineral availability, even such rare minerals as vanadium, based on the assumption that we will not recycle them. Many modern “conservative” economists also do not believe that recycling is worthwhile. Brown said there is a lot of oil, if you are willing to spend a lot of money to extract it. No more gushers. He could not foresee fracking, but this is what happened: fracking is not cheap. Brown considered biofuels. For example, he said that 10 tons of sugarcane have as much energy as 6 tons of coal, but once again it is hard work to use biofuels. Natural petroleum, he concluded, will be a memory of the distant past.

Considering all the data, Brown made predictions of what the human population of the Earth would be in the future. His predictions were pretty good for 1954, but he underestimated human population growth. He predicted 6.0 billion people by 2025, and 6.7 billion by 2050. But we are, in 2020, rapidly approaching the 8 billion mark.

Overshadowing everything, in 1954, was the real risk of nuclear annihilation, something about which he knew a lot. He considered war to be inevitable. It was “...likely that industrial civilization is doomed to extinction.” The elimination of war, as impossible as it was and is, he considered to be a necessary but not sufficient condition for the persistence of civilization. War could, Brown said, destroy civilization, and whatever might emerge in the aftermath would be something very different from civilization as we know it. For example, much of our technical knowledge would be valueless if society collapsed, and would then be forgotten.

Brown said that the United States had a special role to play in the future of the world. “...the destiny of humanity depends upon our decisions and upon our actions. We still possess freedom, our resources, and our knowledge, to stimulate the evolution of a world communtiy within which people are well fed and within which they can lead free, abundant, creative lives. Or we can refuse to take constructive action, in which case man will almost certainly start down the steep incline... Never before in history has so much responsibility been inherited by a group of human beings.” America needed to be a peacemaker. This fantasy is becoming less likely every year.

My conclusion is this. Listen to the scientists! Not to the talking heads paid by corporations, nor to environmental extremists. Listen to the people who analyze and try to understand the data! Listen to the International Panel on Climate Change. And realize that, if the past is any guide, the scientific predictions will be underestimates of the perils we will face, just as Brown’s underestimated our current population by two billion people.