Why I Love My Small Car

One of the main reasons I drive a small car (a Toyota Prius, in my case) is that, for each mile that I drive, I am emitting less carbon dioxide from the tailpipe. I am doing my part to reduce global warming. But this is not the only reason I drive a small car. Here are some other reasons, which are highly emotional and celebratory. The photo is a stock photo, but this is the model I have. 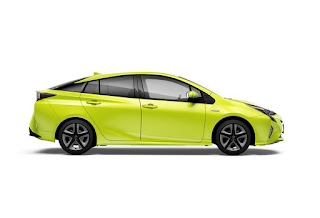 I can fit my small car into spaces that a larger vehicle could not go. This has proven useful on several occasions. Just recently, when I was in the parking lot of a grocery store, a delivery truck parked in the lot and blocked a bunch of cars, including mine. The delivery people did not care if the store’s customers were inconvenienced. A bunch of other cars were trapped, but there was about a six-foot gap through which my car, but no others, could escape. Similarly, when I stayed at a motel one night (back when I traveled), some a-hole parked his horse trailer in the main lot, taking up eight spaces. He paid the same price I did, but I had no place to park. I got permission from the desk to park my car in the garden. This week, the city of Durant began road construction, without advance notification to the university, and several parking lots became inaccessible. If a car was already parked in the lot, that was just their bad luck. But not mine. My car is small enough I can drive it around barriers and between trees to get away if I have to.

Gasoline is processed, distributed, and sold by a few large corporations. We are pretty much at their mercy. They abuse their powers, imposing their will on us, in direct contradiction to the principles of free enterprise. By buying less gasoline, I take away some of the profits of these oppressive corporations.

Briefly, near the beginning of the current pandemic, gasoline was cheap. The price of oil actually became negative, which means the oil corporations would pay other corporations to take their oil. (The other option was to pour it all into the Gulf of Mexico. Hey, it worked last time, during the 2010 oil spill.) But this did not last very long. Gas prices have again increased. Getting fuel efficiency that is twice the national average saves me about $12 per round trip between Durant, where I work, and Tulsa, where my family lives. This saves me about $300 a year over the average American fuel efficiency.

And, of course, it was cheaper to buy the car in the first place, compared to the cost of a bigger car.

Of course, in a smaller car, I am at greater risk of getting killed by someone driving a larger vehicle. But if we all wanted to be one hundred percent safe, we would all have to drive armored vehicles around, like this man did in 1995 in San Diego.

Despite the American love of big vehicles, and despite the hand-wringing of the oil corporations, who fear that fuel efficiency will put them out of business, Americans have been choosing smaller vehicles more and more each year. How can the oil corporations, and the government that serves their interests alone, reverse this trend? I came up with a fictional idea, which I used in one of my novels. The government could require every vehicle owner to use a minimum of 1000 gallons of gasoline a year; or else, just forfeit the money if they cannot. I called this law the “Koch Quota” after the famous anti-conservationist oil baron brothers. It would be the ultimate socialism, but oil corporations would, I believe, embrace socialism rather than to lose a single dollar in profits.