Some Thoughts from Darwin's Dangerous Idea, part 2. Breaking the Spell

In the previous essay, I shared some ideas from my quick read of Daniel Dennett’s Darwin’s Dangerous Idea. A discussion of mimetic evolution was one of the main objectives of Dennett’s book. But an even more important objective, found also in his book Freedom Evolves, is that you do not have to have a spirit in order to have free will. 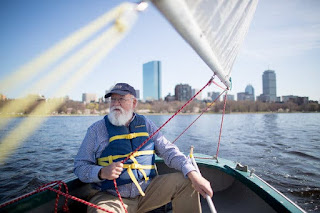 If we do not have free will, does this mean we will go wild? If we do not have a spirit, does this mean that everybody wants to get away with everything? Only God can keep us from going freaking crazy? Dennett says no. Most humans want to be morally responsible; benefits accrue from it. We choose to be good because when our evolutionary ancestors chose to be good, they reaped evolutionary benefits.

Another important Dennett book is Breaking the Spell. The meme that has grasped the minds of billions of people is that religion cannot be questioned. But Dennett says that if we don’t question religion, it might come to exist only in toxic forms. Many people consider religion to be good, a mimetic mutualist. If religion is a cultural parasite, it will conceal its true nature from its host. Only by examining religion can we consciously kill the toxic ideas and let the good ones reproduce.

In his book Homo Mysterious, David Barash says that a sweet tooth was adaptive in prehistoric days, but now it is dangerous because it leads to obesity and diabetes; maybe religion is the same. The same idea was suggested centuries earlier by historian Edward Gibbon: “The various modes of worship, which prevailed in the Roman world were all considered by the people as equally true; by the philosopher, as equally false; and by the magistrate, as equally useful.” If religion is a placebo, then has it outlived its usefulness? Or is it still a good placebo?

Sometimes. But perhaps more often religion inspires people to do heinous things, as with the Puritans and the Taliban. It depends on the side-effects. “The more you have invested in your religion, the more you will be motivated to protect that investment” (Breaking the Spell, 195). To assure faithfulness, and to keep out the pretenders, religions have high entry and exit costs. Like a virus, a religion can shed the antibodies of skepticism. Dennett says the moderates of any religion are being used by the extremists as a cloak of respectability (page 300). When Christians are quietly shocked by the deeds of Christian extremists, “expressions of dismay to close friends are not enough” (page 301).

The statement that “God exists,” says Dennett, is not even a theory, since God cannot be defined.

What should we teach about religion? Should we teach atheism? Dennett is one of the most famous atheists in the world, so you probably think you know the answer. You probably think he believes we should teach atheism. But his answer is that we should not teach atheism as truth. He says, Let’s have more religion rather than less religion taught in classes, and cover all religions, the positives and negatives of each. Let us reasonably choose our religion, or our lack of it, and give our students and readers the information they need to make a reasonable choice.