A Kind of Republican You Will No Longer Find, Example 1

On the day that I am posting this, Donald Trump is visiting Tulsa for his first big rally leading up to the 2020 Election. VP Mike Pence is going to wander around Greenwood, the district in Tulsa where, 99 years ago, whites massacred blacks and destroyed one of the most prosperous black communities in the United States. Pence, an evangelical Christian, is going to meditate on how wonderful a peacemaker and reconciler Trump is, and how all black people should love Him no matter what He says or does. Thus far, as of two hours ago, no violence has erupted, despite the expectations of the white racists that blacks would massacre white people or at least destroy their businesses. Al Sharpton spoke at a rally last night, but the associated demonstrations were peaceful and positive—a Juneteenth celebration of black progress, rather than a violent blast against ongoing white racism. I will keep you posted about what happens next. 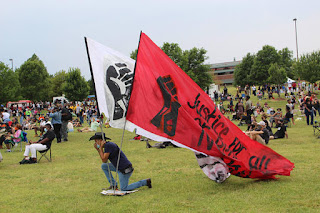 But this has not always been the case. There was a time when the Republican Party was not as full of hatred as it is today. I have fond memories of Republicans who, even though I now believe they were wrong, were constructive. I will share their stories with you in the next two essays.

When I was in fifth grade, it became abundantly clear to me that I needed glasses. The teacher wrote test questions on the board for us to answer, and I could not read them, nor would the teacher allow me to approach the board. A straight-A student, I was a little upset, though my final grade was hardly affected by it.

I got my glasses in sixth grade. The optometrist who examined me and prescribed them was James O. Miller of Exeter, California. I almost immediately revered him. He was a practitioner, not a scientist, but he found all aspects of science fascinating. He got most of it from a little magazine, The Griffith Observer, published by the Griffith Observatory, to which Miller was drawn by his interest in optics. Dr. Miller explained everything to me, even though I was just a little kid. He drew a diagram to show me what caused my nearsightedness (the focus from the lens was not on the retina). In a larger measure than I probably realize, he set me on the path of becoming a scientist. 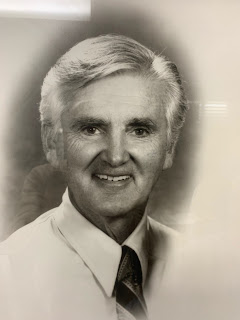 Dr. Miller was a staunch Republican back in the days when Richard Nixon was running for president and Ronald Reagan was governor of California. One of my eye checkup appointments was during the 1968 Republican convention. He had the radio on in his office, and his assistant, as instructed, told him who the VP nominee was. He had never heard of Spiro Agnew. (Have you?) Miller was also what we would today call a Quiverfull Christian. He had so many kids that they had their own basketball team. I am not making this up. He joined bus trips to Sacramento to lobby for conservative causes. I was on one of those buses with him.

But his Christian views would be almost unrecognizable by modern evangelicals. Like Loren Wilkinson (see previous essay), Dr. Miller considered everything in the natural world to be joyous evidence of God and something that Christians should protect and cherish. Most modern evangelicals consider the Gaia Hypothesis to be paganism, but when Dr. Miller told me about it, he said, “I never saw such clear evidence of God in my life.” Christians like Miller are now rare, or at least obscure.

James Miller died of a sudden heart attack while he was jogging. He was enjoying health and nature until the last moment.