Scientific (and Other) Insights from a Novelist

E. L. Doctorow, who died in 2015, was one of the most significant American novelists. Several of his books were made into movies. City of God was not one of them. It did not really have a plot that one could follow. It was the convergence of numerous story lines, several of them within the minds of characters whom I never quite identified. But City of God was an astounding book. As a scientist, I was amazed at how beautiful and poetic (without sacrificing accuracy) Doctorow was when he wrote about everything from cosmology to ants. And, of course, about evolution. This is an intellectually challenging book. I recommend it to my fellow scientists. The book is thick with theology, which it neither embraces nor hates. 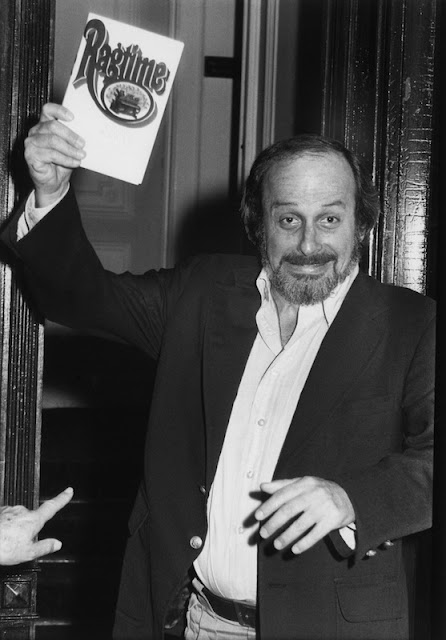 I just want to mention some examples. Unlike most people in the arts, Doctorow understood how evolution works. This includes cultural evolution, a process that is very similar to biological evolution except that it uses memes (ideas) rather than genes. Memes live in human minds, and spread from one human mind to another; their fitness consists not only of how many minds they live in, but how effective they are at getting those minds to spread them to other minds. Memes can have a life of their own. Doctorow’s example was movies. Movies propagate themselves; they are a malign life form. He speculated that maybe movies came to Earth about a hundred years ago, forced us to create them. He called them a tapeworm in the planetary guts. I know it sounds strange to us; we believe that we make movies and decide to watch them. But what if they are manipulating us? This is the discombobulating aspect of cultural evolution; ideas and cultural creations can parasitize us. A current example, which Doctorow did not live to see, is how extremely violent ideas can propagate from one conservative mind to another, turning otherwise nice people into people who are a hair-trigger away from killing you.

He also wrote that “…whatever condition God provides, some sort of creature will invent itself to live in it.” (Invent itself is a figure of speech.) This is a fundamental understanding of where biodiversity came from and why. Evolution is not a stepladder toward greater complexity, as both its detractors and supporters often depict it; it is the generation of opportunists that fill previously empty resources spaces, whether deep oceans or minds.

I previously wrote about how white people, in general, carry a burden of guilt for oppressing darker races, and we whites (or almost-whites) need to take extra steps to prove that we, individually, have broken from our sordid heritage. Some cultural groups have more of a burden than others. Doctorow wrote a lot about the Nazi attempts to exterminate Jews, using a little-known example from Lithuania. Doctorow wrote that the Germans “bent the Jews to the shape of their hatred.” They committed any and all atrocities that they could imagine. They even boarded up Jewish hospitals and set them on fire, with patients and staff in side. It was an offense punishable by death for the people of the countries they conquered to keep a record of their brutalities, much less resist them. A major plot within City of God is the search for a box with a diary in it of what the Nazis did in Lithuania.

I think the German people had, and continue to have, a heavy burden to prove to the world that they are no longer Nazis, and that they are as far away from being Nazis as anyone could be. They have repented, and they need to keep showing the world over and over that they have repented. Everyone has to be nice; the Germans have to be extremely nice. And they are doing this. Germany is, today, one of the least racist countries, and one of the most positive forces for good in the world. They are doing penance for their Nazi past. If you want to find Nazis, you are more likely to find them in America, or France, or Austria. Now, if only the modern descendants and defenders of the Confederacy would do penance! It would make the United States a much better place not just for the former slaves, but for white people as well. Germany outgrew its Nazis; can conservative America outgrow its celebration of slavery?