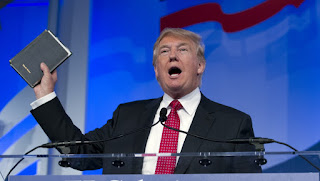 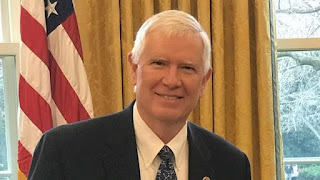 On Failing to Change the World

I have been reading The Triumph of Human Empire by Rosalind Williams. The author ties the biographies of Jules Verne, William Morris, and Robert Louis Stevenson around a common theme: Humanity has extended its dominion over every part of the globe, and while this may be inevitable, it results in great losses not only to wild nature but to human nature.

For example, in the writings of Jules Verne, Captain Nemo explores the vast unknown expanses of the oceans, in which he desires to leave behind the conflicts of the human race, which take place on land or on the surface of the sea; but he cannot leave behind his own conflict with the human race. He sees the oceans as the ultimate freedom, but he is not really free. And whether it is Captain Nemo revealing the secrets of the oceans, or riders in a balloon revealing what the unknown center of Africa is like, the very act of exploration brings these wild and unknown spaces into the range of human knowledge and therefore dominion. Verne wanted to explore the unknown world, but at the same time regretted the end of the frontier.

I would like to concentrate on William Morris, a writer about whom I knew literally nothing until I read Williams’ book. He was most famous as one of the leading British socialists of the late nineteenth century. He despised capitalism because it oppressed the poor workers, but also because it substituted cheapness for craftsmanship. He inherited a fortune and also ran a successful interior decorating business, for which he was criticized as being a socialist hypocrite. But he ran his business by artisinal, rather than industrial, standards; he particularly detested artificial dyes, and spent a lot of effort on improving natural dyes. 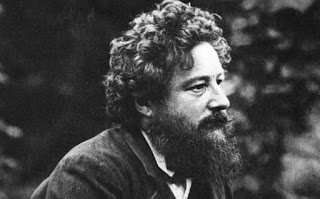 The triumph of cheapness in the economy was just part of the larger picture of ugliness that was gripping the world, in Morris’ view. He loved the Old Norse sagas, and mourned the loss of ancient heroism. He went to Iceland to see the places where the events in the sagas took place. While there, he was enraptured by the wildness of the volcanic landscape, and enchanted by the relative equality of all the people, country people without a rich class of capitalists. But he also loved sailing up the Thames from dirty London into the agrarian countryside. The countryside was ordered into woodlots and fields, and therefore conquered, but it was still filled with plants and animals. Morris despised the loss of the beauties of a farmed countryside.

So, what did Morris do? He spent a fair amount of time in socialist activism. But he knew that no matter how much he did, socialism would remain an elusive goal: the forces of money and power opposed it, so it didn’t matter whether socialism was better for the people or not. Instead, he spent most of his time writing poems and novels about heroic struggles in faraway or nonexistent lands. That is, he was one of the first prominent writers of fantasy. He was much revered by C. S. Lewis (Perelandra and Narnia) and J. R. R. Tolkein (Hobbit and Lord of the Rings). (Tolkein was also enraptured by the Old Norse sagas.)

This might seem like simple escape. The world is ugly and getting uglier, so we should like in our imaginations. But that is not how Morris saw it. He strongly objected to “escape” as a description of his writings. Instead, what he was doing was to create a vision of what the world could be like, how we could live, if we pursued beauty instead of ugliness. Morris could not convince very many people of socialism, but he got thousands of people to imagine a beautiful world, and many of these, in cumulative small ways, helped to partially reverse the slide toward ugliness. Morris stirred up a feeling of heroism in the minds of thousands; and, through his successor Tolkein, millions.

This is what I am devoting most of my time to, also. I do not spend very much time in political activism. Instead, my main activities are teaching and writing. This summer, my focus is on writing fiction. I have many novels that need to be refined and perfected, and a few that have not yet been written. Am I wasting my time on a dilettante activity while the masses of poor suffer violence and oppression? I hope not. I hope that my writings, about people real or imagined who pursue beauty and peace against massive opposition, will inspire thousands of other people, who will collectively do more to make the world better than I could ever do myself. My fiction is either historical (e.g. about the Cherokee leader Nancy Ward, or about the writer of Ecclesiastes, or about Heloïse and Abélard) or alternative-futures (What would happen if a new Confederacy arose in Oklahoma? What would happen if a man actually tried to quixotically live a life of altruism?) rather than fantasy like the writings of Morris, and I hope that my writings will have more impact than his did (most of which are forgotten today except by scholars).

William Morris failed to change the world. I expect to fail also. But he succeeded, and I hope to succeed, more by writing than would have been possible by a complete devotion to political action. Lots of people can participate in political action, but only I can write the books that are currently dormant on my computer drives. Now that I have finished this essay, that is what I am going to do right now.

It is pretty much standard fare in the South to see guys driving big pickups around, very loudly, hoping that the girls will be impressed enough to have sex with them, and maybe give them a half dozen kids or so. I know this happens everywhere, but it is particularly common in the South. 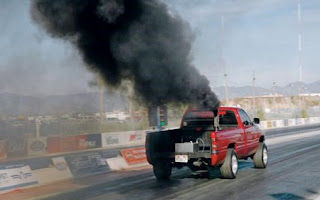 I generally have great esteem for women: their capacity for empathy, and often their intelligence, far exceeds that of men. Boys aren’t born inferior, but as they grow up they learn, especially in the South, that empathy and intelligence make them look less manly and might interfere with their chances to impress and impregnate girls.

But sometimes women can make some stupid choices. When a guy drives a big pickup truck around and makes noise and releases a cloud of fumes thick enough that I could run my Prius on them (just the fumes), what does this prove? It only proves that they can push a gas pedal down. It does not prove that they are skillful drivers (I saw one of them get stuck in a ditch, having assumed that his truck was powerful enough to back out of it at a 45-degree slope), nor does it prove that they are rich (the truck might have been bought on credit). Some women actually fall for it. I mean, if it never worked, then guys might stop doing it; natural selection would certainly operate against it. But it works often enough that the dynamo of sexual selection keeps the Dixie stereotype going. The kids pop out and learn to behave like their parents.

Trucks, guns, beer, and sperm: the male characteristics produced by sexual selection in Dixie. The female characteristics? Telling the males how virile they are and having lots of kids. From this list, only the sperm and the kids make any sense from the evolutionary viewpoint. Sexual selection in Dixie certainly does not produce intelligence or skill which might bring wealth or reduce the burden of social problems. This is why Dixie will remain forever poor. In other cultures in America and in other cultures of the world, intelligence and cooperation are sexually desirable traits. The future belongs to those cultures, whether the progressive culture in America, or the prevailing cultures of Europe, China, and Japan.
Posted by Honest Ab at 10:11 AM No comments: