How Biology Is, Or Is Not, Different: Thoughts from Ernst Mayr

Ernst Mayr was one of the leading figures in modern biology. He was the last surviving architect of The New Synthesis of evolution. And he kept writing books until he died at age 100 in 2005. Because of his age, his writing is fairly clear: he knew he did not have time to go off onto tangents. He had to get to the point, since he knew any sentence might be his last. 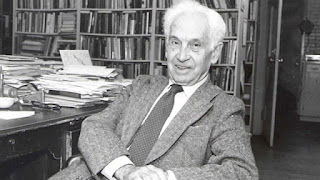 One of his main points (expressed in two books, This is Biology and What Makes Biology Unique?, which are very similar but not quite the same) is that biology cannot be judged by the same standards of scientific rigor as the physical sciences. Yes, we all know that biological systems (such as organisms) follow natural laws. But each biological phenomenon is the result of such a prodigious number of interacting natural laws that you can never exactly predict what is going to happen. The best example is evolution. Immanuel Kant said that there would never be a Newton for a blade of grass. Several writers have noted that Darwin became that very person.

But Darwin was a “Newton for a blade of grass” because he changed our view of biology the way Newton changed the view of physics. What Darwin did not do was to establish a system by which the exact course of evolution could be predicted. One reason for this is that each organism is unique, while each electron is the same as every other electron. It is true that the molecules in a glass of water are different from one another; each has its own kinetic energy, and some of them have hydrogen and/or oxygen atoms with extra neutrons. Although one could say that a glass of water has a “population” of molecules, they do not differ from one another in the extreme way that organisms in a population do.

I will let you read Mayr’s books, if you wish. But I want to remind all of us that there are some laws of nature that biological systems always follow. They include:


Most scientists agree with Mayr. This is the main reason that I am seldom interested in mathematical models of biological phenomena. A few decades ago, various botanists figured out equations for how much transpiration was needed to cool a leaf off, and how big or small a leaf should be to keep from overheating, and other such things. The equations gave a verisimilitude of precision. Actual leaves may or may not follow these equations precisely. They are good generalizations, but no more than that.

I recommend the writings of Ernst Mayr, even if you are not a professional scientist. Even at age 100 he had an all-encompassing mind.

Thinking Back on René Dubos: Ecological and Evolutionary Medicine

For many years, I have been teaching a subject in general biology classes that I call the Ecology and Evolution of Disease. It includes the subject that is now called Evolutionary Medicine (it now even has its own journal). I continue to be amazed that no general biology textbooks seem to mention it.

I grew up thinking what most people still think about health and contagious disease. As Ogden Nash wrote, “A mighty creature is the germ, though smaller than the pachyderm...” It was all very simple. Germs caused contagious diseases. The solution was to kill the germs. Problem solved.

But it is not so simple, and the book that opened my eyes to the real complexity of health and disease was Man Adapting, a 1965 book by René Dubos. It was an old book when I first read it in the late 1980s. It was ahead of its time, and maybe still is. 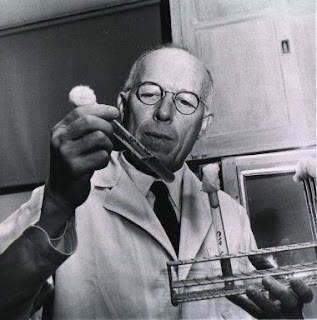 Dubos’s main point was that health is a creative response. It is delimited by biology and evolution but it is highly personal. That is, a disease can take a different course in different individuals. Dubos said that, when we ask what man is, we should not be satisfied with the answer that he was an ape. Instead, we should think of ourselves as ecosystems in which health is the result of the proper balance of all of our physiological processes, as well as all the microbial species that call our bodies home.

Dubos wrote about how the human body is an integrated whole, and conditions of the body can alter the course of disease. For example, stress can affect the immune system, with the result that bacteria that are already present but unnoticed can flare up into disease. This is now well known. The stress of viral disease can make a person susceptible to bacterial infections such as sinusitis and pneumonia, caused by “germs” that were already present. The stress of allergies caused me recently to have severe sinusitis. We have all seen examples of people who, from stress and its related habits such as smoking, seem to always be sick. Also, Dubos may have been one of the first scientists to write extensively about how an upset to biological rhythms can result in disease, including infections.

Dubos also included a lot of information about how Old World diseases killed up to 90 percent of many Native American and Polynesian populations, because they had never evolved resistance to these germs. Why didn’t the Europeans die of New World diseases? Because there weren’t very many. America was populated by immigrants from Siberia, and Polynesia by people sailing long distances in boats. Only healthy people could have made those journeys. This opened my eyes to a whole new understanding of some parts of human history. After Dubos, many historians have written about this.

An important, and still often ignored, aspect of our body ecosystem is its microbial inhabitants. Gnotobiotic animals (born, raised, and maintained in totally sterile conditions) are abnormal. Their organs develop abnormally, and so do their immune systems. They heal more slowly from injuries.

Many parts of our bodies, especially the skin and digestive tract, harbor trillions of bacteria, most of which are harmless, and some of which are beneficial. Some of the beneficial ones produce molecules which, to them, are wastes, but to us are vitamins, especially B vitamins. In our intestines, the lactobacilli and bacteroides are beneficial, while bacteria such as the famous E. coli are usually harmless. E. coli just seem to be along for the ride. In rodent colonies with normal intestinal bacteria, kept in total isolation from the outside environment and other rodents, the E. coli gradually disappear, leaving the lactobacilli and bacteroides to dominate. But even the merely non-harmful bacteria can do us some favors by crowding out the pathogenic bacteria.

This is the ecology of disease within a human body. (There is also the ecology whereby bacteria spread from one host to another.) But evolution also plays a role. This was the book where I first read about how many disease organisms have evolved to become less virulent. For example, many diseases, such as smallpox, leprosy, and (a disease Dubos and his wife studied) tuberculosis became less and less deadly over the course of many decades even before the introduction of antibiotics and antiviral therapy. Some infectious diseases have pretty much evolved themselves out of existence. One example is the English sweating sickness, which was a severe plague from 1485 to 1551. Its main symptom was profuse sweating. Then it vanished. Perhaps, Dubos speculated, it evolved into such a mild form that nobody noticed it after 1551.

I knew he was right as soon as I read his book, because I could think of my own stories. I had read many gruesome stories about smallpox. But my own grandmother had smallpox. For her, it was a severe but not deadly disease, and did not leave pock marks when she recovered. She had become infected with a relatively mild strain of smallpox. Before the WHO began its campaign of worldwide vaccination to eradicate it, smallpox was already on its way out. I also knew this from direct experience. I grew up in Tulare County, California, after which the disease tularemia is named. It is endemic to the area, and probably everyone who lived there had gotten it. Only, for us in the twentieth century, it was a mild disease that we mistook for the flu. I did not know I had had it until I tested positive for tularemia antibodies when I was a teenager.

How can a disease evolve to become milder? The simplest explanation is that a horrible germ that quickly kills its host cannot easily spread to a new host after it kills the first host. The first host is too sick to get up and spread germs around, and everybody stays away from him if he tries. Also, some people are naturally immune to the disease, and they are the ones who survive the most often. But the main reason is that the mild germs are the ones that are successful at spreading to new hosts.

This is the evolutionary process of balanced pathogenicity. It was scientifically demonstrated by a study on a rabbit virus, myxomatosis, in Australia in the 1960s. The rabbit populations evolved resistance to the virus, and the virus populations evolved into a milder form.

I got the impression from reading Man Adapting that balanced pathogenicity was true of all infectious diseases. Of course, it is not. Cholera has not evolved into milder form, because you get it from drinking contaminated water—water that has been contaminated by very sick, or by mildly sick, people. You cannot avoid the bad germs of the very sick people, mixed in as they are with the mild germs of the mildly sick people. Also, malaria may evolve to become worse, because mosquitoes like to bite sick people who cannot shoo them away, rather than alert people who are busy. (However, Dubos pointed out, a person who is very sick from malaria will die sooner, such that the mosquitoes might bite the mildly sick people more often simply because there are more of them.)

It was this book, Man Adapting, that changed many of my views of science, making them less linear and more holistic.