Mass Shootings: Everything Is Just as It Should be

Donald Trump has recently announced that there is no need for any strengthening of background checks, certainly no need for any further gun regulation, in the United States. In doing so, he was following orders from the NRA, whose advice he admitted was very, very important to him. Therefore, it appears, everything is exactly as it should be. We have exactly the right amount of gun safety, and the mass shootings that we have had and continue to have—I haven’t checked the news yet today—is a small price to pay for the freedom of crazy people to carry guns around and be ready to use them at a moment’s notice. From the Trump-NRA viewpoint, there should be no legal restrictions on firearms, until the moment the first shot is fired, and then the gunman should be neutralized.

I would like to present here a list of the deadliest mass shootings since 1949, according to an article published August 19, 2019, on CNN.

This, apparently, is an acceptable situation. Let us consider these data a little further:

From this tabulation, we can see that all ethnicities are capable of mass violence, but it is overwhelmingly a phenomenon of white males.

There has been a huge acceleration of mass shootings. This is also, apparently, a situation that is acceptable to Trump and the NRA. And 2019 isn’t even over yet. I am not predicting that this acceleration will continue, but the rate will certainly not decline. Other countries such as France think we are freaking crazy. Their conclusion is understandable.

What does this have to do with evolution? Quite a lot. Evolution has given the human brain instincts for altruism, as well as instincts for killing. We have a choice as to which ones we will use. We have the freedom to choose peace over racism, yet the vast majority of the killings were inspired by racial hatred. Our instincts of altruism toward members of our tribe and hostility toward outsiders may have served us well in prehistoric times, but we Americans, led by Trump and the NRA, are taking us boldly back to caveman days.

Conservative Hatred of Science Even at Its Most Basic Level

We all know that conservatives hate science. Conservatives want you to get all your truth straight from Donald Trump, without questioning it. Even the Bible has given way to Trump as the authority for all knowledge among conservatives.

One reason conservatives hate science is that science forces you to question your assumptions, your definitions, and it forces you to seek information to test your beliefs.

But they hate science at an even more basic level than this. For centuries, all scientific research and communication has used the metric system. This system is very logical, and is based on the Earth, water, and powers of 10. Scientists have universally, even in America, adopted this system to avoid miscommunications. When two different entities use two different systems of measurement, the result can be disastrous and costly, as happened in 1999. A Mars probe got all the way to Mars then crashed, because the Jet Propulsion Laboratory (JPL) used the metric system while Lockheed Martin, a contractor, used the “English” system, which the English no longer use.

Only three countries in the world reject the metric system: Liberia, Myanmar, and the United States.

Conservatives hate science all the way back to the very basics of measurement. They hate the metric system. At least Tucker Carlson, who represents the extreme right wing of Republicans who hold sway under Donald Trump, hates it. On June 5, 2019, Carlson said, “Almost every nation on Earth has fallen under the yoke of tyranny—the metric system...The United States is the only major country that has resisted...Esperanto died, but the metric system continues, this weird, utopian, inelegant creepy system that we alone have resisted.” 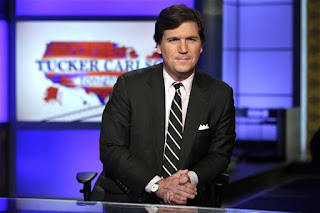 Actually, it is not we alone. Standing with us are the other two most wealthy, stable, and free nations on Earth: Liberia and Myanmar. 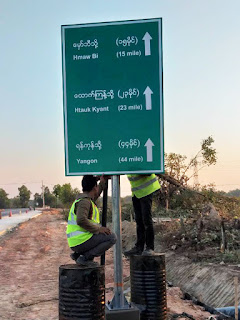 Carlson’s guest, James Panero, went further. He called the metric system “the original system of global revolution and new world orders.” Now there he has a point. The metric system was born out of the French Revolution. Carlson’s response was, “God bless you.”

What next? Maybe Trump can slap tariffs on imports from any country that uses the metric system.

If Carlson intended this as a joke, I have seen no indication of it.

But here is a fundamental(ist) point that the conservatives have missed. I wonder what fundamentalist Mike Pence would say about this. Fox and Friends seems to think that God wants us to use feet, inches, pounds, etc. But the Bible uses no such measures! The Bible uses the cubit as the basic measure of length. Any nation that does not base its measurements on cubits has fallen under the condemnation of the Almighty.

I’m not going to touch that one with a 25-cubit pole!

Will We Lose Even the Remembrance of Biodiversity?

And now, time to get really depressed.

Dedicated scientists have recorded over a million species of organisms on Earth. You can find many of them on the Encyclopedia of Life website. In Oklahoma, we have a vascular plants database. Most of these species remain unknown to anyone except scientists. Photographs of many of them appear on calendars sent out by conservation organizations, but for most of us, we look at the photos and then forget the species. I tried to keep all of my old conservation calendars, but it was an impossible task. Information in a huge pile of old calendars or Nature Conservancy magazines is as inaccessible as if it were hidden away in a vault. Only a few experts really know the truth about biodiversity. If you put me in a room and told me to list all of the plant species in Oklahoma, of which there are thousands, I would run out at about 300. There might be two people in Oklahoma (Amy and Bruce, that’s you) who might know all of them. And in a rainforest? The fabled acre of rainforest in Peru that has more species of birds than all of Europe? Only a few experts know what those species are. For the rest of us, it is hearsay.

In my imagination, I foresee a future in which databases of species, many of which will by then be extinct, will be purged. Paper backups—including scientific papers, which few people read even now—can be locked away and kept from public knowledge. The Republican government, by then a dictatorship, can then proclaim to the world, “We are not responsible for the sixth mass extinction. There never was one! The species that you see today are the only ones that were on the Earth before we began releasing energy from fossil fuels. And anyone who accuses us of causing a mass extinction, of destroying God’s creation, is a liar and an enemy of the state! An enemy of God! Anyone who says a mass extinction occurred, show us the data! You cannot! It does not exist! We cannot have harmed God’s creation; we Republicans are God’s people!” I will leave it to you to guess whether such a scenario might ever happen. What is more likely is that biodiversity information will simply be forgotten, even as it sits in digital piles.

A couple of decades ago I wrote a short story set in the Black Hills of South Dakota, where I used to teach field botany in the summer. In the story, what had once been forests of ponderosa pine had eroded into an artificial desert. People lived in walled cities with artificial resources. Except for some wild people called rock bunnies because they jumped from one rock to another. The rock bunnies had found, and hidden, a herbarium that showed that not only pines but many species of wildflowers from lilies to shooting-stars had once lived there, and birches had once grown along clear brooks. 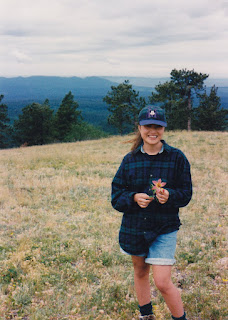 (This photo from 1994 shows a student named Lily holding a lily in a meadow at the top of the Black Hills, here in Wyoming.)

In the story, many of the herbarium specimens had been collected long before by a long-forgotten teacher named Stanley Rice. A military contingent from one of the cities destroyed the herbarium, since the central government wanted everyone to think that the eroded landscape had always been there, and that they had caused no environmental degradation.

To those of you who think this speculation may be extreme: can you prove me wrong? Can you deny that the current Republican leadership, under its charismatic antichrist Donald Trump, create their own “truths”? How is a student in the year 2080 to know that hundreds of thousands of species that they have never seen, and that their government does not acknowledge, exist or existed?

Those of us who are documenting biodiversity—might our work, someday, be considered treasonous?