I once considered writing a book about green living. This was back about 1997. There were already lots of books about this, so I don’t know what I was thinking. There are even more such books now, most of them ignored by the majority of Americans, though that may soon change.

Here are some of the ideas I had accumulated. They all seem pretty trivial, but if millions of people do them, they start to add up.

This is just a very short list. The point is that you can think of all kinds of things you can do to reduce your carbon footprint. You don’t need any lists from me. The above list is just meant to provoke your creativity. You can find things that are cheap and easy—the proverbial low-hanging fruit. Make sure it is something you will enjoy doing, and therefore keep doing. Learn to enjoy the flavor of small bits of meat rather than big mouthfuls of it. You might even like it better that way. If you can’t stand jogging, just take a walk. Maybe even walk or bike to work. 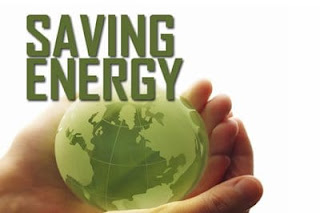 Most of all, don’t do something without thinking about it first.

By doing any or all of the things on your list, you are making yourself unpatriotic, in the eyes of some. Most corporations want you to waste energy and materials. Oil companies don’t want you to drive less or drive small cars. The hospitality industry does not want you to stay home. Above all, corporations do not want you to stay home and read or write, thus enhancing your critical thinking skills, which will allow you to see through their misleading advertising claims. We have known ever since the late 1950s when Vance Packard wrote The Waste Makers and The Hidden Persuaders that corporations specifically manipulate customers into buying too much, and wasting it.

But the America of the future needs environmental patriotism. Posterity, whom you will never meet, will thank you for it.

We are in the middle of the covid pandemic. The number of cases is declining, and the number of vaccinations is increasing. I am writing this on the day that a third vaccine was approved for use in the United States. 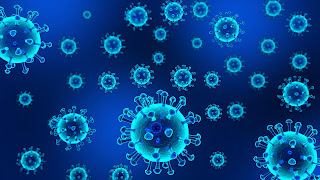 This is what everyone is talking about. Everyone wants to hear directly from Dr. Anthony Fauci, and from all the other leaders of the government’s coronavirus effort. I listened to an hour of radio interviews on the subject.

Here is what I heard: “We want to minimize the number of adverse health consequences.” One medical researcher said “sequelae” instead of consequences. And I heard all about efficacy of the vaccines.

Words such as these convince people that scientists live in a whole different world, with its own ecclesiastical language. They think that what they hear is somehow different from “We want to reduce the number of bad things that happen, in addition to reducing the spread of the virus itself,” and “all of the vaccines work well.” And yet, that is what the scientists are saying, just using big words.

Right now, this is to the advantage of us scientists. People trust us and our scientific mode of speech. But this can always change. Trust can quickly change to distrust, at which time the scientific terms would seem suspect. Why can’t the scientists just speak to us in plain English? This is a question that both the supporters and detractors of science may be asking.

As a science educator, I have found that students may not even know what “advantageous” or “optimal” mean. I have to assure them that these are not scientific terms, but terms they are likely to see in public media.

Now more than ever (cliché), we need clear, simple, straightforward communication. As it is now, scientists sound like the scholar who said, “The biota exhibited a one hundred percent mortality response,” when what he actually meant is “they all died.” I don’t know if any scholar actually said this, but it conveys the idea. If we scientists keep talking as if we have a special language that we don’t want ordinary people to know, our efficacy will have adverse sequelae that will be neither advantageous nor optimal.

Getting Peed on...by a Tree

Leaves evaporate billions of tons of water vapor every day all around the world during the late spring and summer. The evaporation of water (transpiration) allows the leaves to get rid of the heat burden from sunlight and send the heat up higher into the air. Some of this water vapor ends up in the clouds. What the trees are “trying to do” is to keep its leaves cool. But this also means that when we or our houses are down in the shade, it is cool shade, cooler than the shade of a carport or building. I explain this in my book Green Planet: How Plants Keep the Earth Alive.

One would think that trees have to do a lot of work to pump all this water up from the ground, through the roots, through the trunk, and up to the leaves. But, actually, the trees allow the laws of physics to do the work for them. The water molecules cohere to one another. As water molecules transpire from the leaves, they pull the water molecules behind them. The little columns of water in the pipe cells of the trunk are stretched like tiny rubber bands. In some cases, botanists have been able to measure the tree trunk getting narrower when transpiration begins. During the daytime in the growing season, the leaves simply open their pores and let the laws of physics pull the water up. The water is under tension, which is the opposite of pressure.

But before the leaves emerge from the buds, there is no transpiration. The water cannot be pulled up to the top of the tree. Yet, we all know that the sap rises. In this case, the tree generates water pressure (by accumulating sugar and minerals) in the roots, and this pushes the water up to eventually make the buds burst open.

If the tree generates water pressure but the buds are not yet open, the water can occasionally leak out of damaged wood. The damage can be intentional, for instance when the rising sap of maple or birch trees is made to drip into little buckets. Or it can be accidental. If you are standing underneath a birch tree when the sap is rising but before the buds have opened, some of this water might drip down on you. You may think a squirrel has peed on you, but it was actually the tree. This little drop of water, coming out of what seems like a clear blue sky, hitting your head can have some of the same effect that the apple had on Newton: opening your mind to discovering something new about the world of nature—in this case, trees.

I have posted a video about this: Darwin gets peed on by a tree.

Water cannot be pushed (pressure) and pulled (tension) at the same time. The tree pushes the water into the expanding leaves and other structures. Once transpiration starts, the pressure stops and tension takes over.

All this invisible activity is going on right before your eyes!