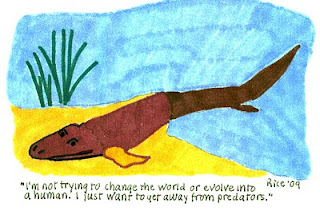 The need to crawl out of the water, towards glorious humanity, is a strong evolutionary myth, but is completely wrong.
Posted by Honest Ab at 10:48 AM