A Hike in the Santa Fe National Forest, New Mexico

My hike with my daughter and her boyfriend, at about 11,600 feet elevation north of Santa Fe, showed me that I can still push my body to limits that most people my age cannot attain. It felt brutal at the time but almost immediately afterwards the memories were shimmering and beautiful. Here are some of the things we saw.

The trail started off in the douglasfir (Pseudotsuga menziesii) zone and quickly reached the subalpine zone. I didn’t quite make it into the tundra on top of Santa Fe Baldy. 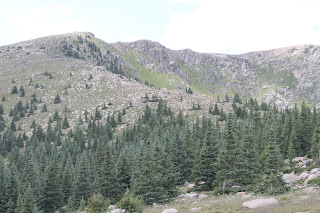 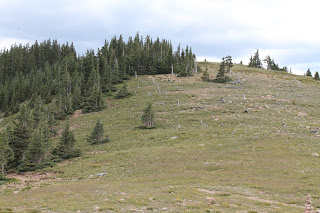 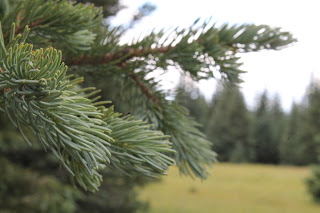 Decades ago, there were large fires, and aspens (Populus tremuloides) quickly filled the spaces. But since there have been, to all appearances, no fires for a long time, the aspens have grown quite large. Each clump of aspen, covering perhaps much of an entire mountainside, is a genetic individual: one tree with hundreds of trunks. These aspens, whether due to age or genetic differences, had tan-colored bark rather than the white bark I have seen so often in the Black Hills. The bark is thin, translucent, and has a layer of green photosynthetic cells under it. 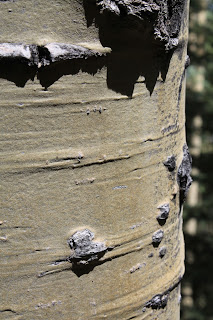 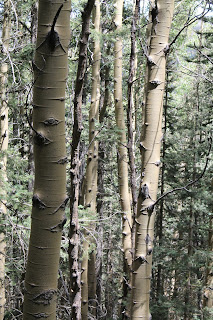 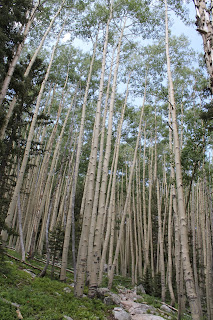 There were many species of subalpine wildflowers. Columbines (Aquilegia) were rare in the shade, and camass lilies (Zigadenus) were more common out in the meadows. 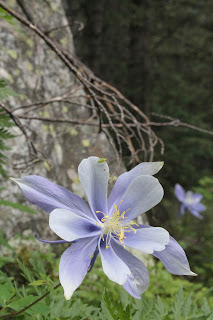 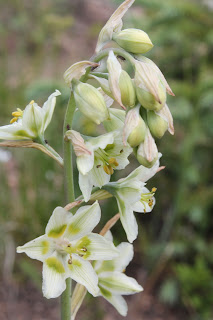 There were lots of mushrooms and mushroom pickers. The pickers were all smart enough to avoid the deadly Amanita: 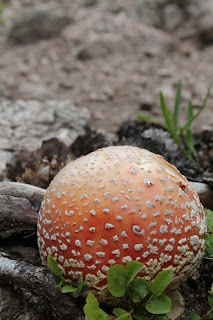 A huge storm chased us back to the car for the last few hundred feet of our trip.

I have seen montane and subalpine forests in California, Arizona, Nevada, Washington, Montana, South Dakota, Colorado, and Utah; they all have many features in common but each is unique. We cannot save wild places by just fencing off a token forest or two.
Posted by Honest Ab at 11:07 AM