Destroying the Frontier and Native Americans: America in 1700-1900

Some people, unfortunately including some major environmentalists, consider the “westward expansion” of white settlers inevitable. After all, they needed the land for farming, to feed hungry mouths, not just their own but to ship back east to feed hungry mouths in the cities. Native Americans were not using the land efficiently, in their view, so the land had to be expropriated (i.e., stolen) from them. This was certainly the justification that people such as John Sevier used to justify taking Cherokee land to form the Watauga settlement. 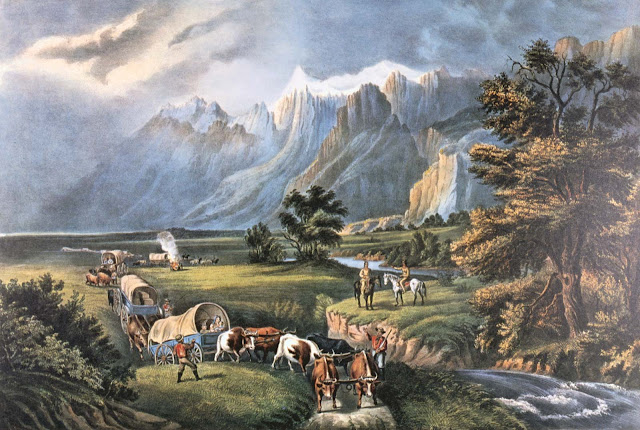 But there is more to the story. American farmers were careless of the land they farmed. They allowed soil erosion, precisely because they knew they could always move west and get some more land, as soon as the Natives were cleared off of it. Benjamin Franklin said that Americans were bad farmers because they had so much land. And Thomas Jefferson said that “it is cheaper for Americans to buy new land than to manure the old.”

What do we conclude from this? The westward expansion of white farmers was largely unnecessary. If they had taken care of their land, they could have kept using the land they had already forced the Natives off of. The devastation of Native communities by white settlers was largely unnecessary even for the white settlers. They preferred to kill Indians than to be good stewards of their own land.

This provides an astonishingly different view of American history than you will find in most textbooks. These texts may condemn white genocide of Native communities, but they (erroneously) claim that the expansion was necessary to feed White America.