In the early 1980s, a lot of us were worried about what would happen if the United States and the Soviet Union did, in fact, begin a nuclear war. The policy of both the US and USSR was “mutual assured destruction,” the acronym of which was, appropriately, MAD. Both countries enough nuclear weapons to destroy the world several times over. And with Ronald Reagan as president, a man who had a reputation for war-mongering and saber-rattling, it seemed like there was no way to avoid the End of the World. Reagan even announced the SDI, or “strategic defense initiative,” as a way to destroy Soviet missiles in Earth orbit before they had a chance to land on our soil. Maybe, then, nuclear war would be something that we could survive: just get out the lemonade and lawn chairs and watch the light show in the sky.

As it turned out, most of Reagan’s statements were saber-rattling. Perestroika and glasnost were the 1980s Soviet terms that reflected Henry Kissinger’s détante, French for relaxation. Both sides should just relax a little. This is what Gorbachev believed, and it led to the crumbling of the Soviet empire before the end of the decade. Nuclear holocaust remains possible, especially as Trump single-handedly pulls out of denuclearization treaties, but nobody seriously expects it, even with a president who makes Reagan look like a flower child.

But in the background, a brilliant scientist was thinking about other possible effects. Carl Sagan was a planetary scientist and knew that planetary atmospheres worked as interacting systems. He did some calculations—simple at first then more complex—about how much smoke would enter the atmosphere from the nuclear holocaust. He concluded that there would be enough to plunge the Earth into darkness. The dust would settle, but not before the Earth had frozen beyond any hope of recovery. Ice would be everywhere. By the time the soot absorbed sunlight and melted the snow, life would already have become extinct. Sagan and colleagues supported this view in a famous paper published in Science. It was the Christmas issue—Merry Christmas, everybody! A paper immediately followed it in which many prominent scientists, headed up by the famous eco-alarmist Paul Ehrlich, explained all the ways in which the cold temperatures would cause the collapse of natural ecosystems. Owen Greene and two other writers published a book in Britain, simply titled Nuclear Winter: The Evidence and the Risks, in 1985.

This was also right about the time that events of global cooling were being recognized in the history of the Earth. Three periods of almost total glaciation of the Earth (“Snowball Earth”) were recognized during the Precambrian time, the most recent one ending just before the explosion of multicellular life at the beginning of the Cambrian period. Earth almost became a permanently ice-bound planet on three occasions. This was also a few years after the initial publication of the theory, now universally accepted, that an asteroid hit the Earth 65 million years ago and plunged the Earth into temporary darkness, from which it recovered. This resulted from one asteroid impact; what might have happened from a planetary-scale nuclear war? 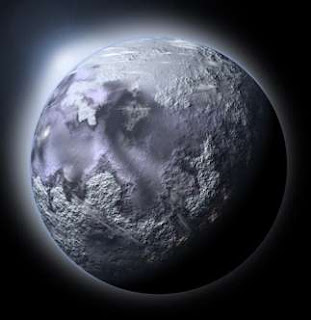 The nuclear winter hypothesis was never summarily disproved. However, it slipped gradually from the attention of scientists and the electorate. Even though nuclear winter was based on complex mathematical modeling, the model was not complex enough. It assumed that the smoke would spread uniformly, and the little clear patches would be spots of warmth that would keep the Earth from falling to the low temperatures Sagan had predicted. Also, the oceans would freeze, but not fast enough to prevent them from being a source of heat to the land areas of the Earth. Nuclear winter moved from being a dead certainty (really dead) to being a possibility. Meanwhile, nuclear war itself became less and less likely.

This is why nobody talks much about nuclear winter anymore. But it does illustrate one important point. In trying to predict the (catastrophic) future, we should think not only about the direct effects (e.g. blasts and radiation) but the indirect ones as well. In estimating the likely effects of global warming, we need to think not only about the warming but the indirect ecosystem effects.