Creating Our Own Stereotypes

In Oklahoma, we do things that sound like they come out of an SNL routine that was expressly designed to ridicule Okies. That is, we seem to want to create a stereotype of ourselves that fits the widely-held images. The events I am about to describe are all exactly what you would expect from benighted rednecks, and the odds against all of these things happening at once are huge. I can only conclude that rural Okies want to make themselves look stupid. They sound like they come straight out of a book by Billie Letts or out of Tracy Letts’s screenplay. Chance cannot explain this.

All of these news items were posted on May 22, 2020. All of them occurred in Rogers County, three of them in the same town (Inola). Remember that rural Oklahoma is the buckle of the Bible belt, exactly where you would expect people to behave in a religious, even if not sanctimonious, fashion. 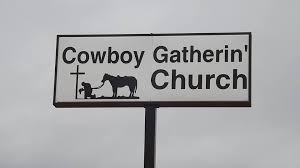 If I wrote these things—separately, or together—into a novel, an editor would rightly accuse me of creating stereotypes, and ask me to remove at least two or three of them. But in Oklahoma we feed our stereotypes, and that is why all four of these things appeared in the news on the same day.

One inescapable conclusion is that the prevalence of the Christian religion does not make people behave any better. Creationists like to claim that believing in evolution will make us behave like apes. But does fundamentalism make us behave better? Are evangelicals more moral? Remember they believe they have the Holy Spirit living within them to empower them to act righteously.

There is actually a tragedy in the making here. As René Dubos pointed out in So Human an Animal, humans individually and collectively have an almost unlimited capacity to adjust to circumstances, no matter how dismal. While this has helped us to survive and prosper in any and all circumstances, they create a tragedy today. He said, people are accustomed to being immersed in pollution and in the stress of modern life, and hardly notice that anything is wrong. In Oklahoma, the particular version of this that we have is that sexually corrupt preachers, stabbings, arson, and marital strife seem normal, something to be forgotten as soon as we hear it on the news. They have become as normal a part of Oklahoma culture as cowboys and rodeos. We will not solve these problems, because we hardly recognize them as problems. We are comfortable with keeping these problems with us forever.