Thoughts on Darwin's Dangerous Idea and other books by Daniel Dennett, part 1

I recently skimmed through Daniel Dennett’s book Darwin’s Dangerous Idea. It is a huge book and I would have had to devote a significant chunk of my life to read and understand it. But I did get a few ideas from it that I will pass on to you now. 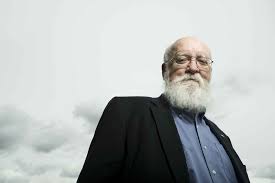 In contrast, artistic creations would never have happened without their creators. There would have been no Gran Partita without Mozart. The same is true of religion: There would have been no Islam without Mohammed, for example. The credibility of a piece of art or of religion depends on its creator. That is why if somebody finds an error in evolution, we’ll just fix it, but if someone claims to find an error in the Bible or the Koran, watch out!

Also, Dennett wrote extensively of the evolution of memes. Memes are concepts that can replicate, for example ideas in the minds of people. They spread by a process very similar to natural selection in organisms. There are some differences, however. The evolution of memes does not depend on random mutation, as does the evolution of genes. Humans invent new memes. However, both genetic and memetic evolution involve transmission of information with modification.

Another interesting similarity between genes and memes: Memes disable anything that hinders their spread. The ultimate example is conspiracy theory memes, which claim, well, you wouldn’t expect to find any evidence for the conspiracy, because that’s what makes it an effective conspiracy. In this way, the conspiracy-theory meme disables any conceivable evidence against it. A current example is that Donald Trump claims massive voter fraud; there is no evidence for it, but that just shows what a massive fraud it was.

In addition, there is frequency-dependent selection on memes. In a population of genes, a rare gene might be favored by selection. The same thing happens with memes: the faith meme stands out in a society without faith, but in an environment of faith, it blends in.

And there’s more. A meme or idea can evolve as it does because it is advantageous to itself. An example is the meme that smoking cigarettes is cool. How could such a meme become popular? Who benefits? The tobacco corporations, of course. If an idea spreads, Dennett says, instead of an epidemic it can become an epimemic. Sometimes things can go far enough that people lose their biological fitness for a belief. In such a case, the memes are reproducing.

One of Dennett’s main objectives was to show that memes can evolve just like genes. He said we (humans) are the planet’s nervous system, and science is the new sense organs of the planet.

The foregoing makes it very clear that science is not just another way of thinking, equally admissible among all other ways of thinking.

I will leave you with a jolting thought from Dennett. “In the next century it will be our memes, both toxic and tonic, that will wreak havoc on the unprepared world.”
Posted by Honest Ab at 1:59 PM