I grew up being idealistic about the American legal system. This was partly from watching nearly all of the Perry Mason reruns. And while I knew that it was imperfect, I felt at least that our system was, overall, an effective way of maintaining justice in America. I knew that problems remained with the oppression of minorities and women, but that America was making progress toward ever greater fairness in justice. It was, at least, a good system of determining whether a defendant was guilty or not.

My recent experience in a jury pool have completely changed my mind. Since I was way down the list, they did not need my participation and they sent me home on the second day. This was good, because I was already about to lose my composure. I will tell you what I saw, without divulging any facts of the case itself. I will tell you briefly about what I learned about human evolution from my brief jury experience.

The jury is a captive audience. Literally. Two members of the jury pool tried to leave, but within minutes they were back, though not literally in handcuffs. Jury duty is a civic responsibility just like paying taxes. But the jury is also a captive audience for lawyers to abuse. We had to submit to their verbal abuse. Here are examples.

The prosecution and defense are both expected to ask questions to determine the suitability of a prospective juror for any particular case. The prosecuting attorney asked several in the jury pool whether they would hold it against the defendant if no defense at all was presented. Several answered that they would consider the lack of defense to be evidence (though not proof) of guilt. This was enough to get both attorneys to request that these people be excused from the jury, since the law presumes the defendant is innocent until proven beyond reasonable doubt to be guilty. Fair enough. But for this prosecuting attorney, this was not enough. He asked one woman about this, she answered, and that should have been the end of it after thirty seconds. The prosecutor then verbally attacked the juror for several more minutes, reducing her to tears. This was totally unnecessary and should be illegal. But it appears that jurors have no rights; an attorney can verbally abuse them in a way that would not be acceptable in any workplace or social interaction outside the courtroom. But the woman had to put up with it until, just before lunch, she was among several jurors to be excused. One of the jurors (who had to stay) told me that she felt the jurors were on trial and themselves being treated like criminals. Certainly the defendant got more rights and respect than the jurors.

The defense attorney was no better. During his introduction, he said that one of the charges against the defendant was rape. “Oh, that sounds so scary, doesn’t it? Rape!” Rape, he wanted us to think, was not necessarily such a bad thing. Though I was not there when the trial began, I can just imagine that, with the same tone of voice and zeal, he would have torn into the victim and made her feel like she was being raped all over again. The point of the trial was not whether rape was bad; it was whether the defendant raped the victim. The defense attorney—who bore a striking resemblance to Edward G. Robinson from the old gangster movies—had us really angry at him. He was prejudicing us against his client. 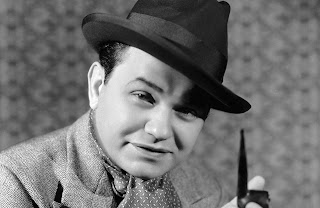 Only later did I realize what this had to do with human evolution. The lawyers, despite their membership in the species Homo sapiens and their rich clothes, were the equivalent of alpha male gorillas. They had a captive audience—jurors who had no choice but to be present and remain silent, jurors who had no rights of citizens: the lawyers, either defense or prosecution, could say anything they wanted, say things that, if I said them to my students, would get me fired (if I were not already so close to retirement), that if anyone other than one of the lawyers said them to anyone else in any other place, would get them disbarred. There is no such thing as protection from verbal abuse or aggression, from slander. Defendants have rights, but jurors do not. On paper, jurors are American citizens, but in reality, once a juror enters a courtroom for jury selection, he or she has no rights. This is the perfect dream of an alpha male. An alpha male gorilla has to earn his status, but in a courtroom, this status is accorded him by law. He does not have to be nice to anybody, and therefore seldom is. There are two rewards for being a courtroom lawyer, whether prosecution or defense: first, big money; second, the joy of humiliating a group of captives who have been pummeled into meekness. The fantasy of an alpha male lawyer: to be able to humiliate women and get away with it, because they are required by law to submit to him.

I’m not convinced law enforcement officers are any better. Our house was burgled, and my wife saw the burglar run away. He had forced his way in through a side window, which was locked and which was held shut by vertical dowel rods in the sides. But he used a lever to exert a force strong enough to break the rods. We had taken reasonable precautions to secure our house. But when the police came, one officer told my wife that she should have had the front storm door locked. The door itself was locked. But the burglar had come in through a secured window, not the (also secured) front door. The policeman had to find some way to scold the victim. Some, though presumably not all, police officers are male gorillas who like to demean female crime victims. No investigation was ever undertaken, as far as I have been able to determine.

I began my jury experience with a modicum of hope, thinking that perhaps the system worked, however imperfectly. My most modest expectations were dashed. But I left with an unexpected modicum of hope. I was expecting a random selection of 60 Oklahomans to be a sorry bunch—racist, offensive, loud. Maybe that is what I would have seen in a rural Oklahoma setting. But this was in Tulsa, along with Norman the little oases of decency. With few exceptions, the jury pool consisted of sincerely good, fair, intelligent people. Some of them had experienced tragedies in their lives, such as divorces, or the murder of a child. The lawyers made sure that every detail of each of these tragedies was entered into the court record. Are you trying to tell me that the fact that your daughter was murdered will not influence your ability to reach a fair decision in this case? You must be a biased and bitter person if your daughter was murdered… Okay, the lawyer (I forget which one it was) didn’t say the second thing, but lashed into the poor, old mother—a black woman—with unmitigated vigor, actually saying the first thing, only implying the second. That poor woman’s only comfort was a fellow juror (the other woman who had been reduced to tears) who put her arm around the woman’s shoulders as she wept. I really like and respect the fellow members of the jury pool, therefore of the final jury that was soon to hear the lawyers bend the truth. I believe that these jurors will reach a fair decision in this case by largely ignoring the lies, antics and assaults of the alpha male lawyers.

Another modicum of hope. A small percentage of lawyers offer pro bono services to help poor and oppressed people, especially women. I know individual examples of lawyers who are heroes of goodness. And there are some organizations. Just one that I have heard of in Tulsa: Still She Rises—Tulsa. But they are generally underpaid and powerless. They are the secret Underground Railroad in the Confederacy of Lawyers. We are lucky to have them.