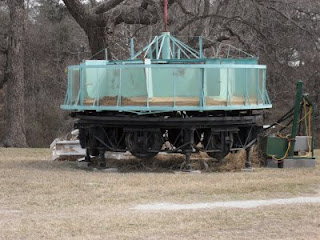 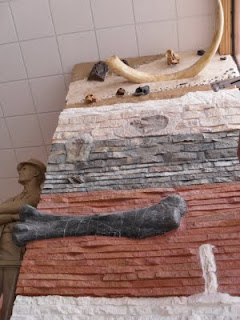 It is not with fondness that I remember Dr. M. E. (Marlyn) Clark, who was an engineering professor at the University of Illinois while I was a plant ecology graduate student there. Marlyn was, to put it mildly, grim. He scowled, and looked incapable of smiling. We were both members of Twin City Bible Church in Urbana, although in that large church our paths had not crossed. That is, until I was asked by the Board of Leadership to teach an adult education class about Christian views of creation and evolution in 1982. Having recently left creationism, I presented the theistic evolution side; I invited Clark to present the creationist side. This was a mistake. When he found out that there was another side other than creationism being taught at this church, he and his associates began a campaign of disinformation against me, about which I later heard from student members even of other churches in town. He demanded a sort of trial to be arranged against me at the church, at which I was not allowed to speak. I knew, of course, that Clark and the other creationists (who were militant members of Phyllis Schlafley’s Eagle Forum and strong supporters of bloody terrorist raids by Nicaraguan contras against the Sandinistas), but I expected at least a modicum of fairness from the church leadership. It turns out that, after this trial, the church leadership took no further actions and even insisted that the creationists not cause the class to be cancelled. However excruciating an experience this was for me, it was formative: it was the beginning of my transformation from comfortable Christian evolutionist to passionate Christian anti-creationist. Perhaps I have Marlyn Clark to thank for that. It is regrettable that Clark left this kind of negative memory. He did some fine engineering work with computer models of the human circulatory system; this part of his legacy remains a blessing to many patients with cardiovascular disease.


Then, 29 years later, I encounter him again, posthumously. On March 5, as I left Carl Baugh’s Creation Evidences Museum (see previous entries), I saw Marlyn Clark’s “Wall of Truth.” It was (see bottom photo) a model of geological strata from a creationist “Flood geology” viewpoint. That is, it was an attempt to fit the geological record into a creationist viewpoint. Creationists believe that all fossil deposits were produced during the Flood. Therefore, there could be human artifacts at all levels of the strata, from Paleozoic to Recent. And some creationists believe they have found evidence of this very thing. Clark donated money to build a wall, near the museum entrance, that summarized this evidence: a bowl that was found in a coal deposit, and which he assumed had to be the same age as the coal, as well as the hammer and footprints found elsewhere in Baugh’s museum. One thing you will notice right away about this wall: the putative human evidences are found at different levels. This means that humans had to emerge from their hiding places and run around on hundreds of feet of mud, without sinking in, several times during the Flood, leaving footprints at two different levels, and dropping a hammer at yet another. Whatever the putative evidence of the Wall shows, it does not demonstrate a Flood. The skulls and tusks at the top represent post-Flood australopithecines and mammoths. (The figure looking out over the Wall is a nine-foot-tall statue of Tom Landry. Baugh intends it as an example of what magnificent specimens of humanity the Homo bauanthropus men were, at least from the viewpoint of Texas creationists.)


When I left the deliberately-created psychological delusions of Baugh’s museum (described in earlier entries), and emerged into the fresh air, I thought I had left creationism in general and Marlyn Clark in particular behind. But I got into my car and looked up through my windshield. I saw what looked like a green merry-go-round (see top photo). It was not labeled but I recognized it instantly. It was Marlyn Clark’s Flood Tank. Over thirty years ago, Clark built a merry-go-round that was supposed to prove something or other about Noah’s Flood. It was no ordinary merry-go-round. First, it had the ability to lurch, not just spin. And around its perimeter is a water-tight ring into which water and sediments could be placed. Once the machine is running, you can watch the water slosh around and mix up the sediments. Clark’s hypothesis was that, if there was a worldwide flood, it would not have produced a uniform slurry of sediments (his null hypothesis), but would have made distinct layers (the creationist hypothesis). Of course, you don’t need a giant merry-go-round to prove this. If you mix soil into water, the sand will settle out first, then the silt, then last of all the fine clay. Soil scientists do this with their sedimentation columns all the time. Clark’s machine did in fact produce distinct sediment layers, and he proclaimed the triumph of his theories. Only in the most alternate of alternate realities might one consider an eight-foot-wide merry-go-round to be a realistic simulation of the Earth during a Flood. At the moment, the Noachian merry-go-round is non-functional. But maybe Baugh will set it up outside his museum. I doubt that he would let the kids ride it. But maybe a frog will get buried in the sediments and fossilized. Maybe a giant will leave a footprint.


Don’t miss my new book, Life of Earth: Portrait of a Beautiful, Middle-Aged, Stressed-Out World, just published by Prometheus Books.
Posted by Honest Ab at 10:25 AM