See the entry below for the OAS field meeting, part one.

Since there was such a small number of people at this field meeting, most of the field trip activity involved the whole group at once instead of numerous separate field trips. We took morning and afternoon trips on April 5 at Lake Murray State Park. It was a lot of fun to have everyone together, because wherever we went we could learn about everything all at once (mostly about plants and insects). There is a lot of fascinating conglomerate rock around Lake Murray, and I wished there was a geologist along to tell us about them.

Lake Murray is surrounded by a perfect example of a cross-timbers forest consisting mostly of post oak (Quercus stellata). This species of oak grows slowly on poor dry soil. The cross-timbers forest, found mostly in Oklahoma, is the only kind of forest that post oaks dominate. We also saw blackjack oaks, white ashes, black hickories, and chittamwoods, all of which had leaves that were just beginning to expand. It was beautiful to see how leaves and flowers are neatly packaged into buds. This was a late spring; back in 2012 the leaves of these trees were already fully expanded by this time. Because these forests are open and dry, cactus plants grow in the understory. Among these are Coryptantha missouriensis, a tiny cactus down in the leaf litter, the bright red fruits of which were mature and falling from the stem. 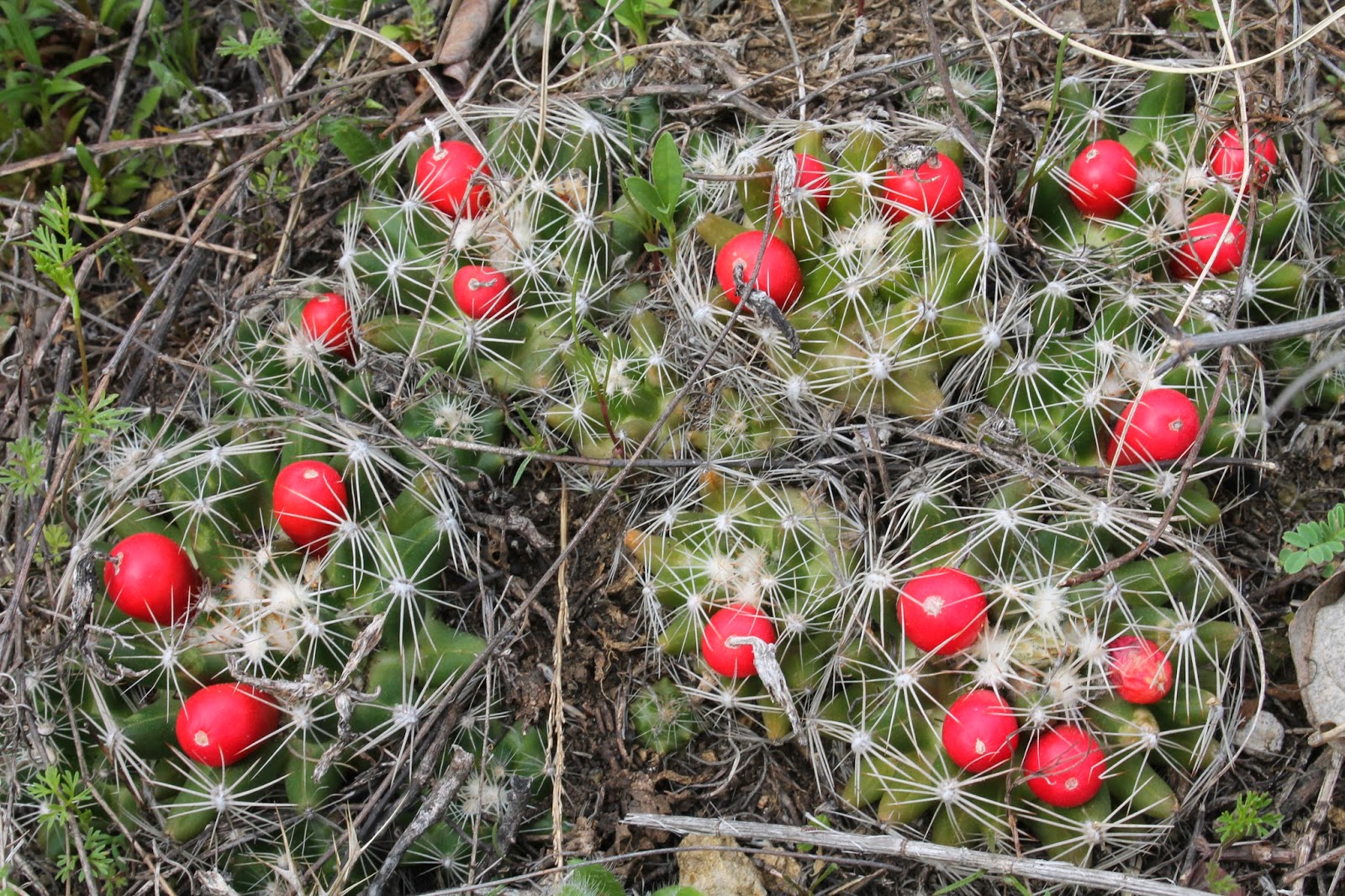 The sporophytes were emerging from the mosses. 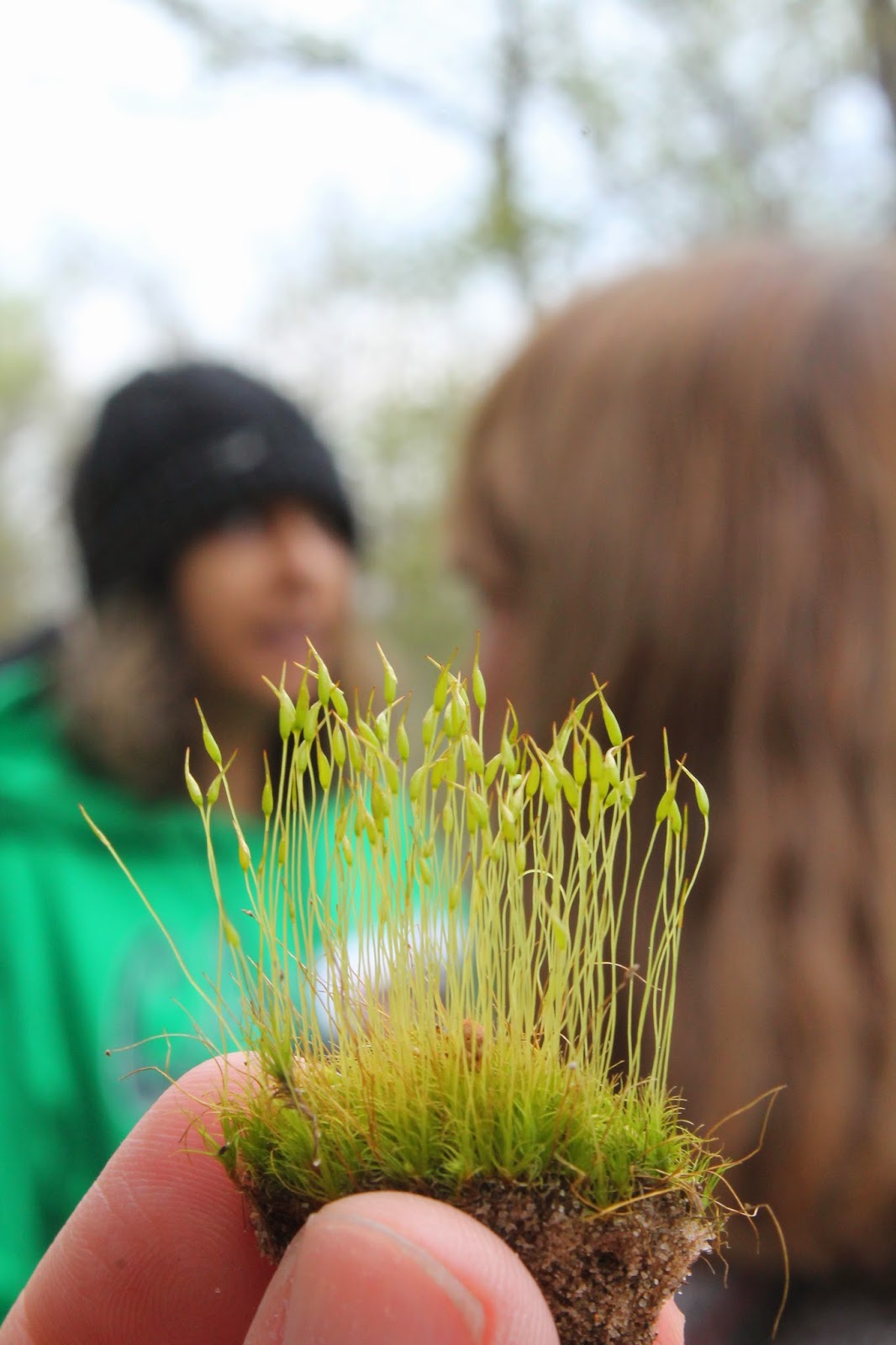 Mosses and cacti growing together? The mosses are dormant during the dry summer when the cactuses are fully active. We also visited a transition zone between forest and prairie, where we saw forest edge trees such as chittamwood and persimmon, as well as grasses from tallgrass, midgrass, and shortgrass prairies.

We pretty much knew which plants we would find, but when it comes to animals, you have to wait until you stumble across them. We saw a leaf-footed bug that smelled like almonds, because it produces cyanide as a defense against predators. We saw a large moth almost perfectly camouflaged in the leaf litter, except for the big predator-scaring eyespots. 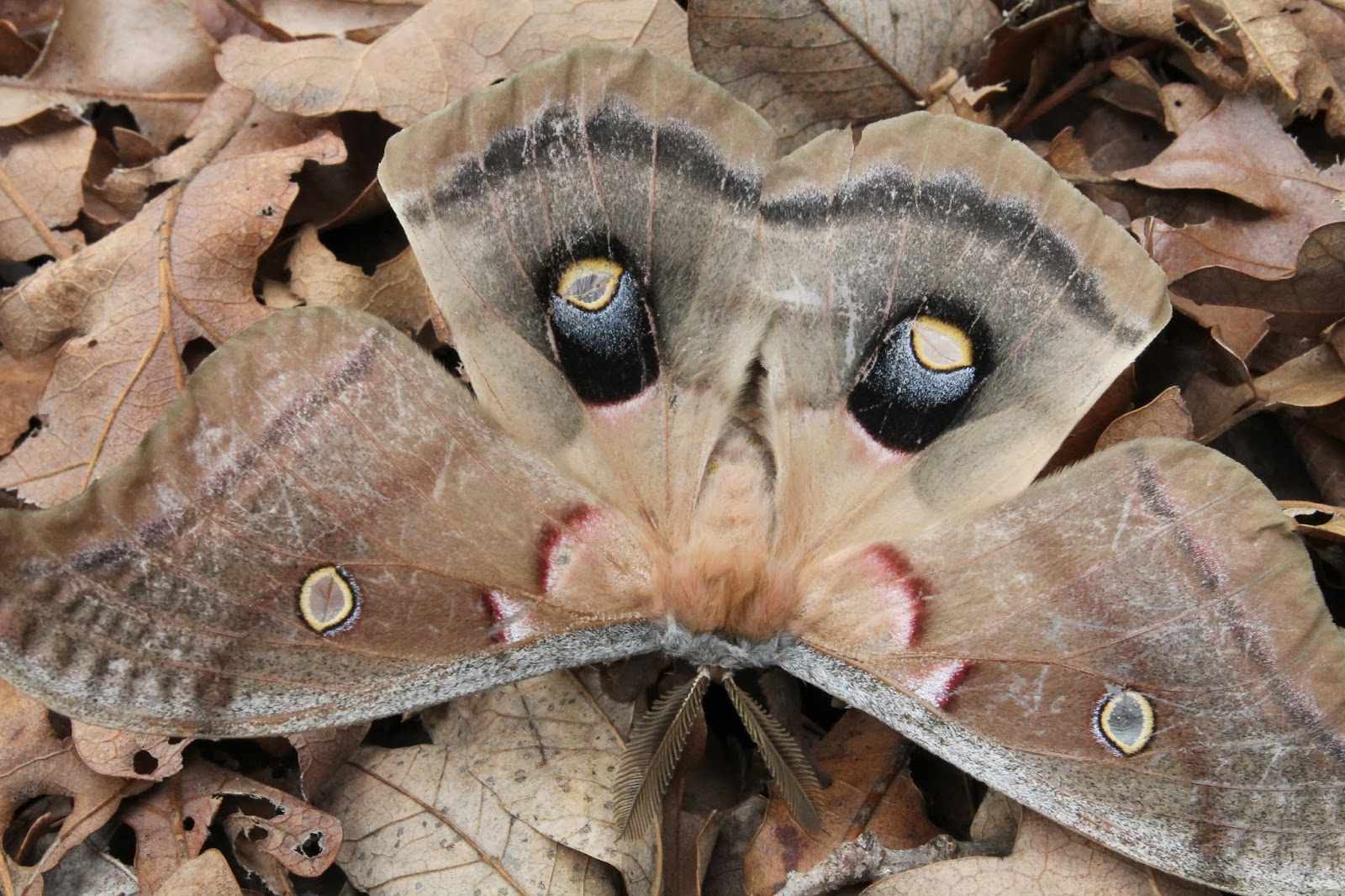 We saw cottony fluff on a beavertail cactus, produced by cochineal insects as a defense against predators. These insects were the original source of carmine dye, and the skillful use of a knife can reveal the bright crimson color under the fluff. One group of explorers even surprised a nest of shrews. 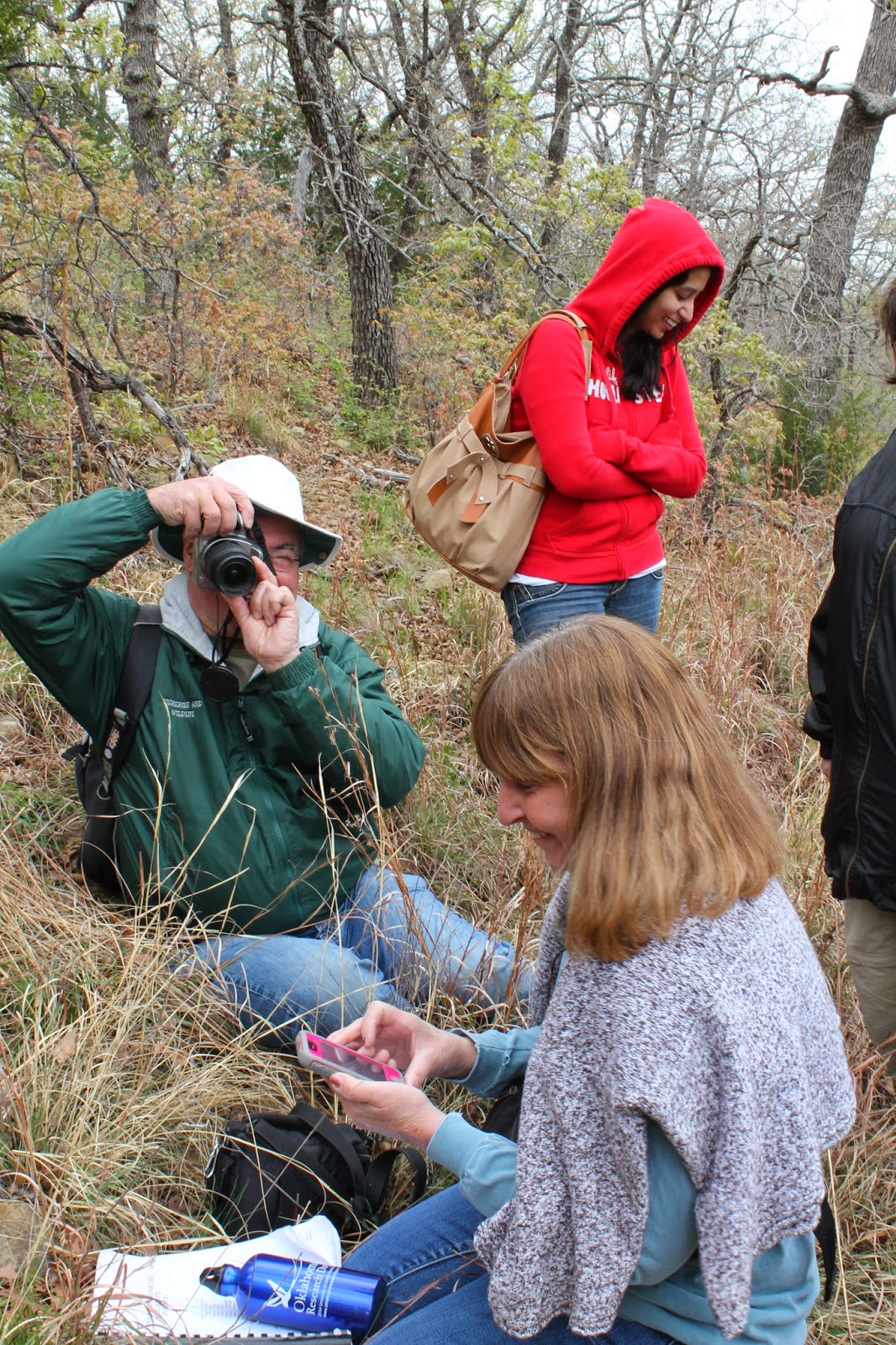 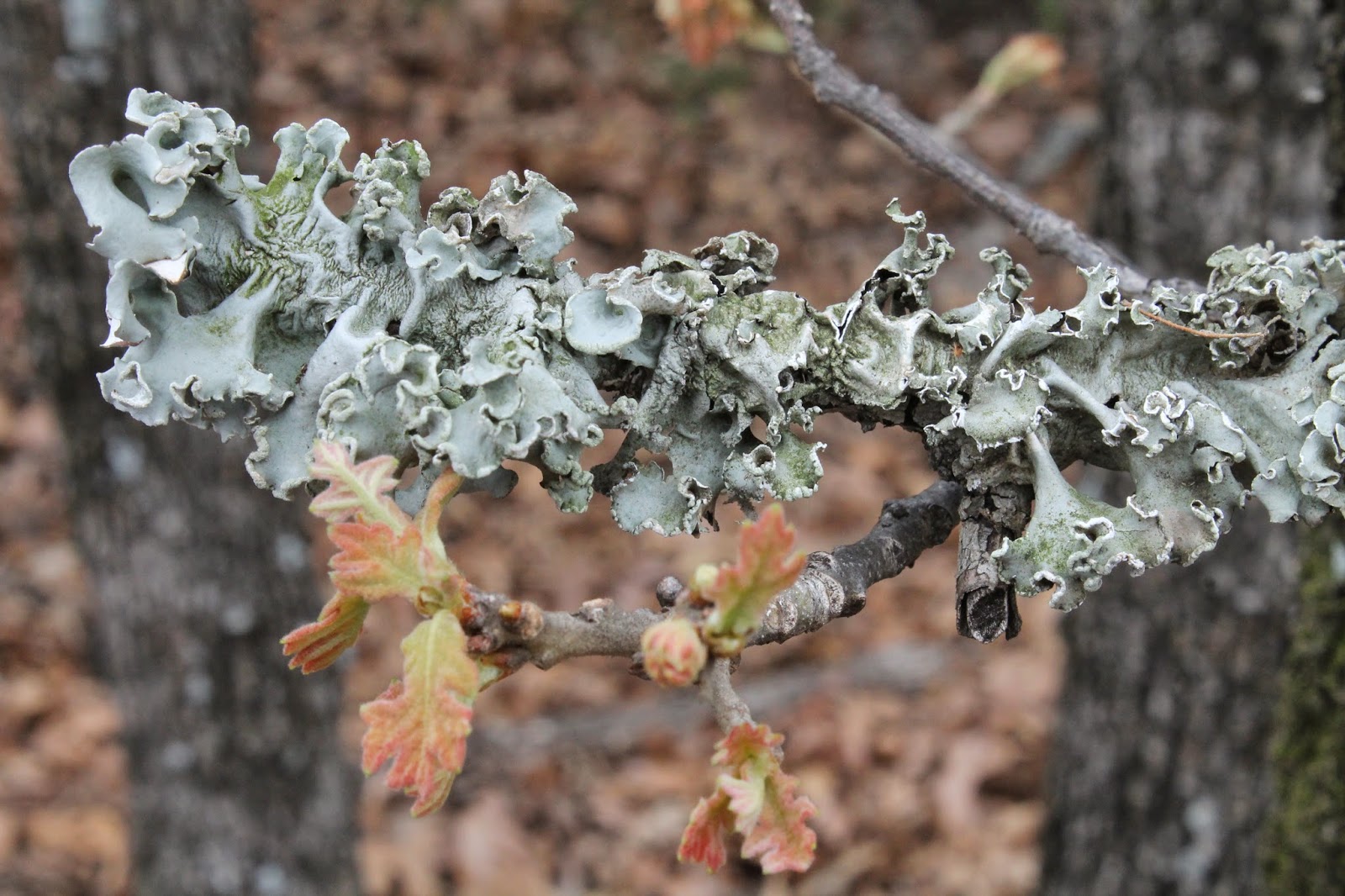 One of the most rewarding aspects of the field trips for me was that six of my students took these trips, and were able to learn from scientists other than me (they already hear plenty of stuff from me). The three morning students were Maryam and Nasim Akhter and Brian Ridgway; the three afternoon students were Bobby Long, Ben Singleton, and Kristin Brooks. 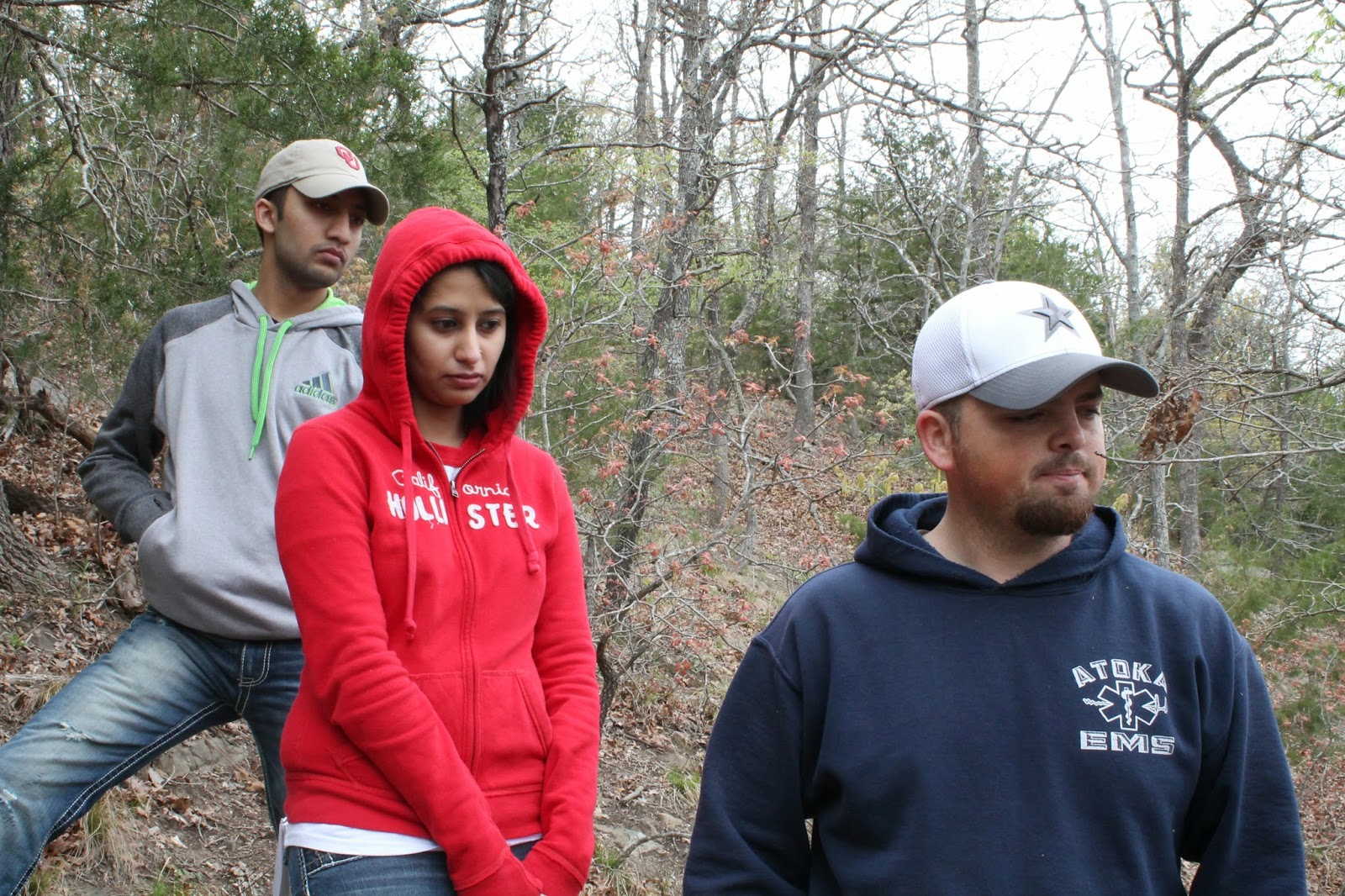 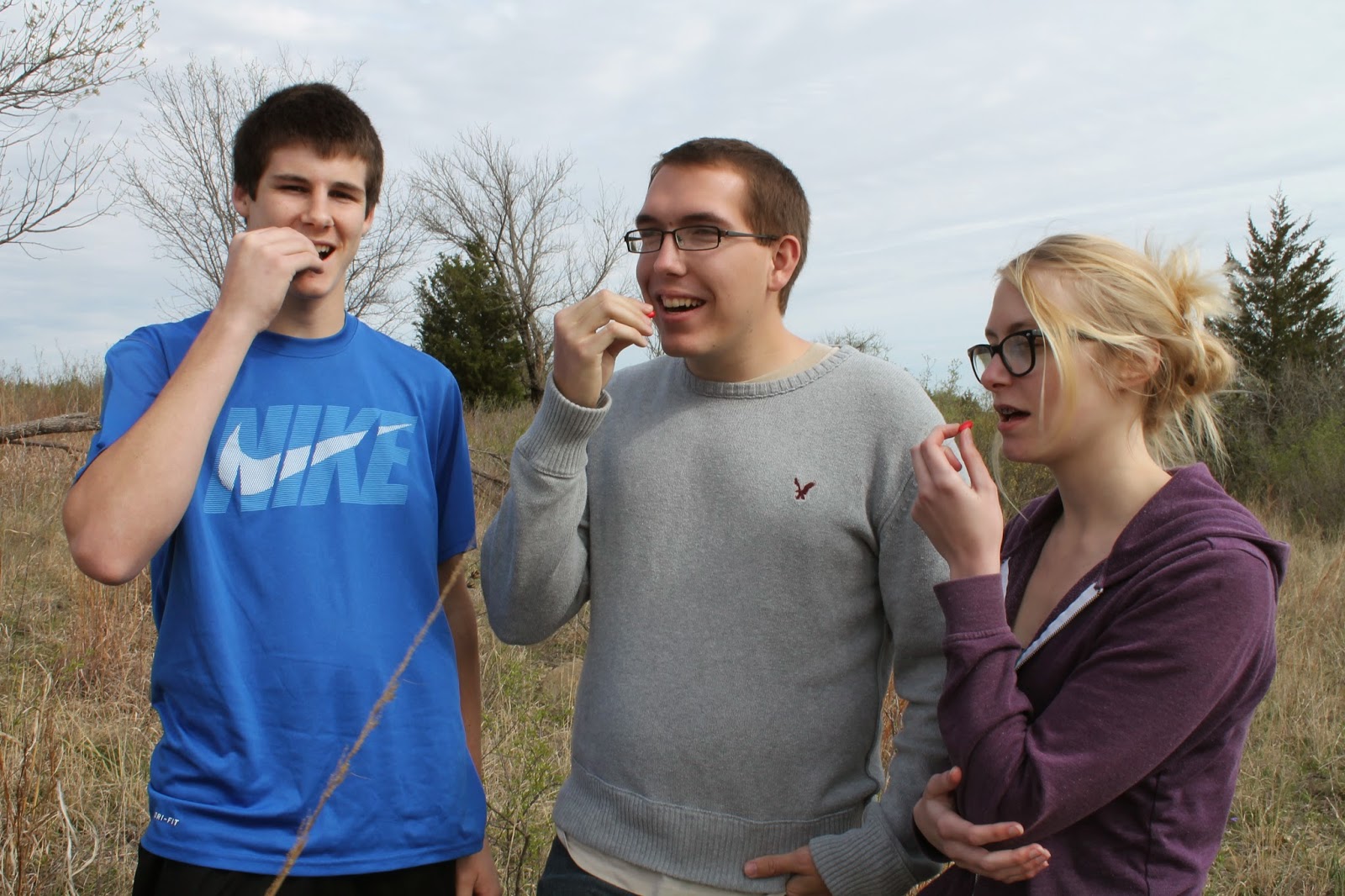 One of the students told me that she had never been out in the woods before. Clearly, for her, the most important part of this trip was just getting out in the forest and noticing how much is in it. And I wanted them to experience nature as fully as possible without compromising safety. I induced them to eat greenbriar shoots, wild mustard, and cactus fruits (which is what the students are doing in the second photo). Some of these students plan to study medicine. Therefore I and Connie Murray, a botanist at Tulsa Community College, talked with them about wild medicinal plants. There were also a few students from other Oklahoma universities.

Also, despite all evidence to the contrary, there is life after being OAS President. We found past president Craig Clifford, of Northeastern Oklahoma State University, lying in a gutter. But he was not there for the usual reasons a man might be in the gutter; like many of us, no posture is too embarrassing to get that perfect photograph. 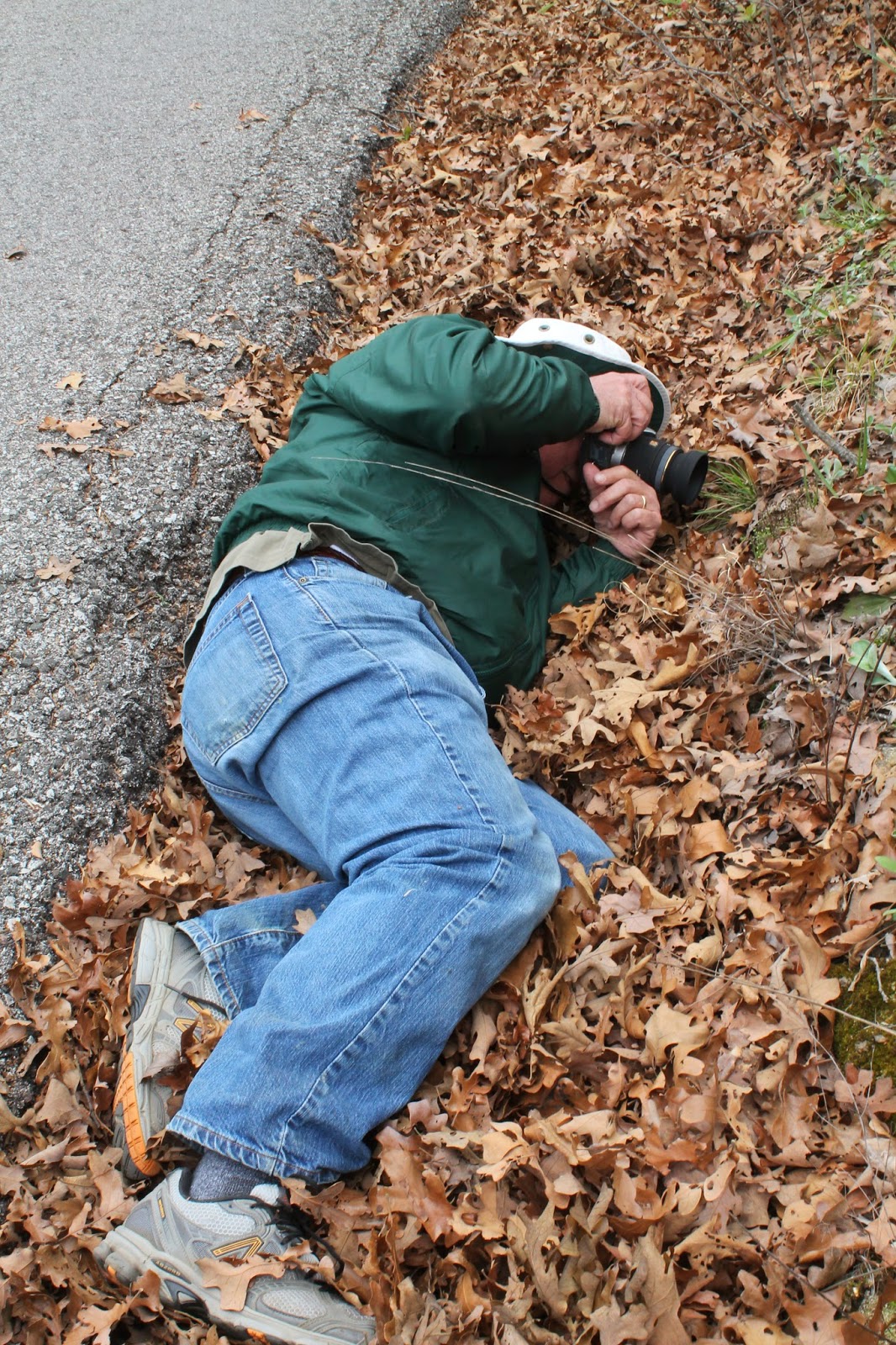 I believe it was also important that I got to demonstrate what a good ecologically-minded citizen does. A lot of people who come to the lake deliberately leave behind huge numbers of beer cans and bottles, some of them smashed. With help from others, I collected as many of these as I could (not, of course, broken glass) to take back and recycle. The attitude of responsible stewardship, which we all felt, could not contrast more greatly with the deliberate offense that litterers show to nature and to the other humans with whom they live. One of my favorite experiences at Academy meetings is to be among people who care about the Earth and the other humans who share it with us.
Posted by Honest Ab at 8:17 AM