A Celebration of George Washington Carver

I recently posted an essay about George Washington Carver, botanist and humanitarian, and how he was my idea of a model scientist. (I got a few of my facts wrong and have modified the entry.) He is one of the heroes of Black History Month (February), but I am hesitant to promote Black History Month, since it implies that we should be surprised that black people did great things. George Washington Carver was a great scientist and humanitarian; the fact that he happened to be black is important but secondary. And he was a famous botanist! We need for people to know what a botanist is. This photo is of one of his herbarium specimens (Hordeum jubatum). 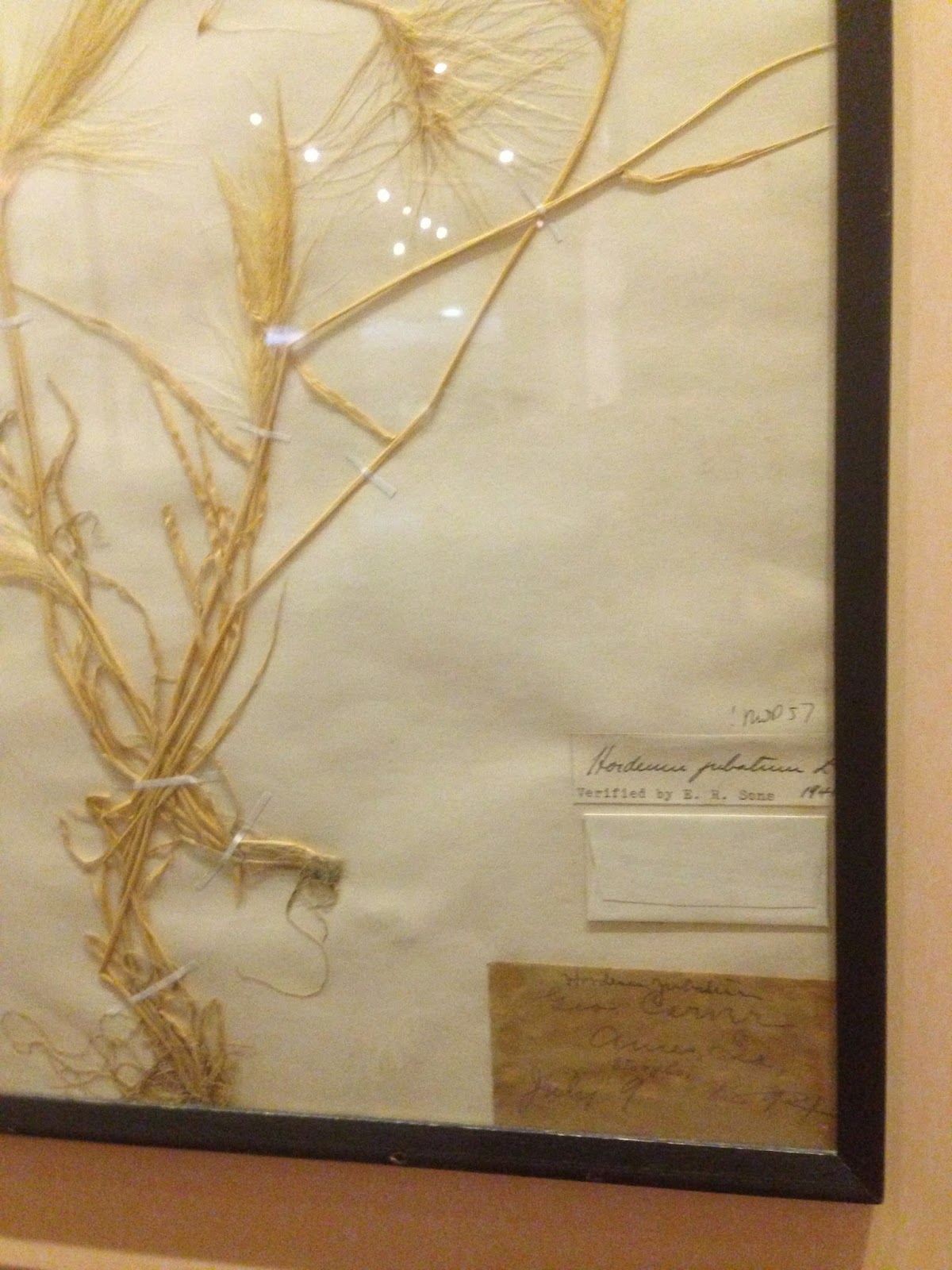 I visited the George Washington Carver National Monument in July for the Carver Day Celebration. I will soon post videos from the monument on my YouTubechannel. 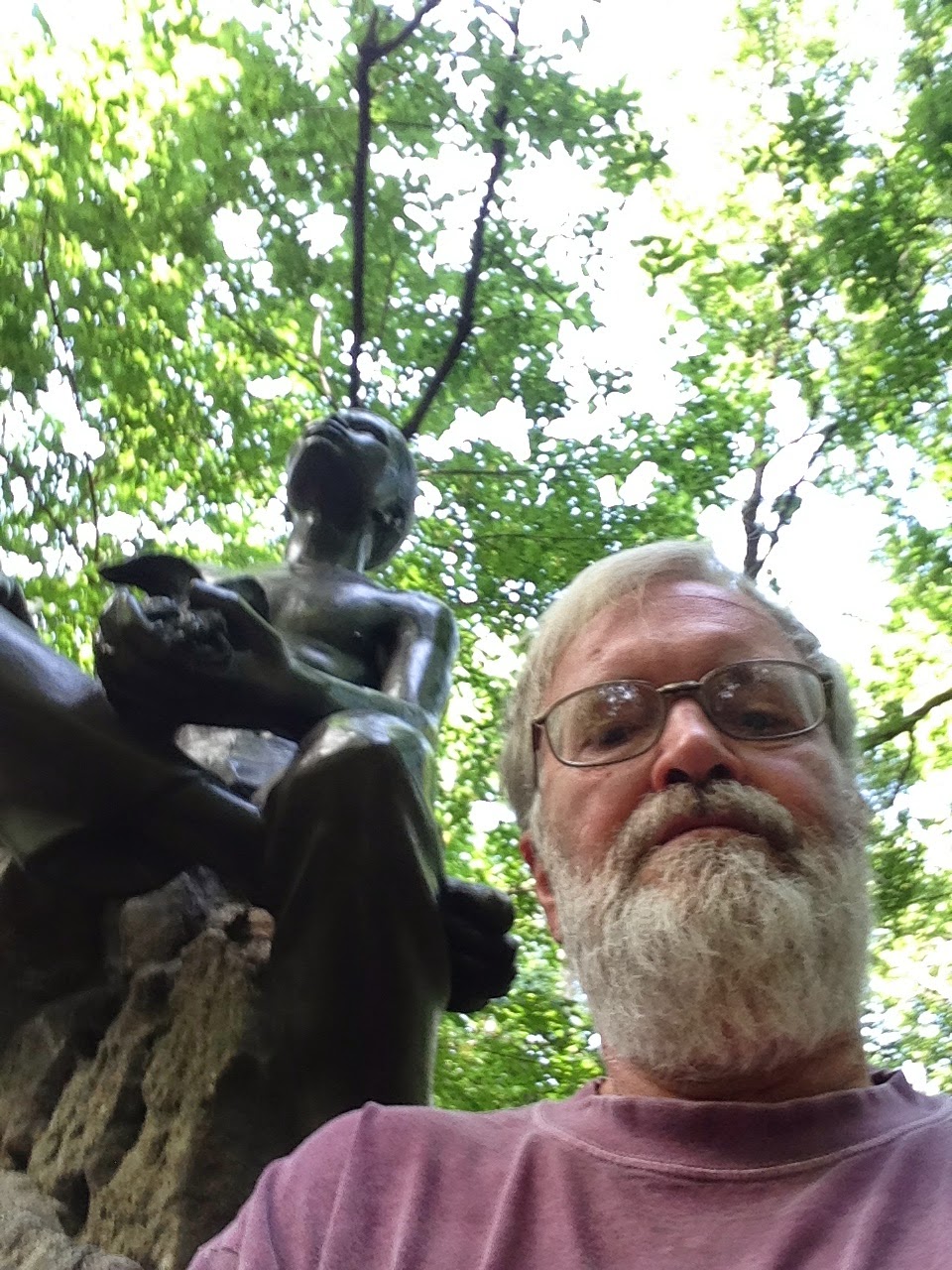 The event that I appreciated the most was a performance of “George Washington Carver and Friends” by the Bright Star Touring Theatre, which that particular day consisted of just three people: a young white woman, who plays the part of a schoolgirl wanting to write a report; and a black man who played Carver…and Jackie Robinson, and Thurgood Marshall, and Booker T. Washington, and the man who invented the egg beater, and even the woman who became a millionaire selling her beauty products; and the manager. The actors were very good and they involved audience children in every part of the play. I thanked them for promoting science; they even got the audience chanting “Sci-ence! Sci-ence!” 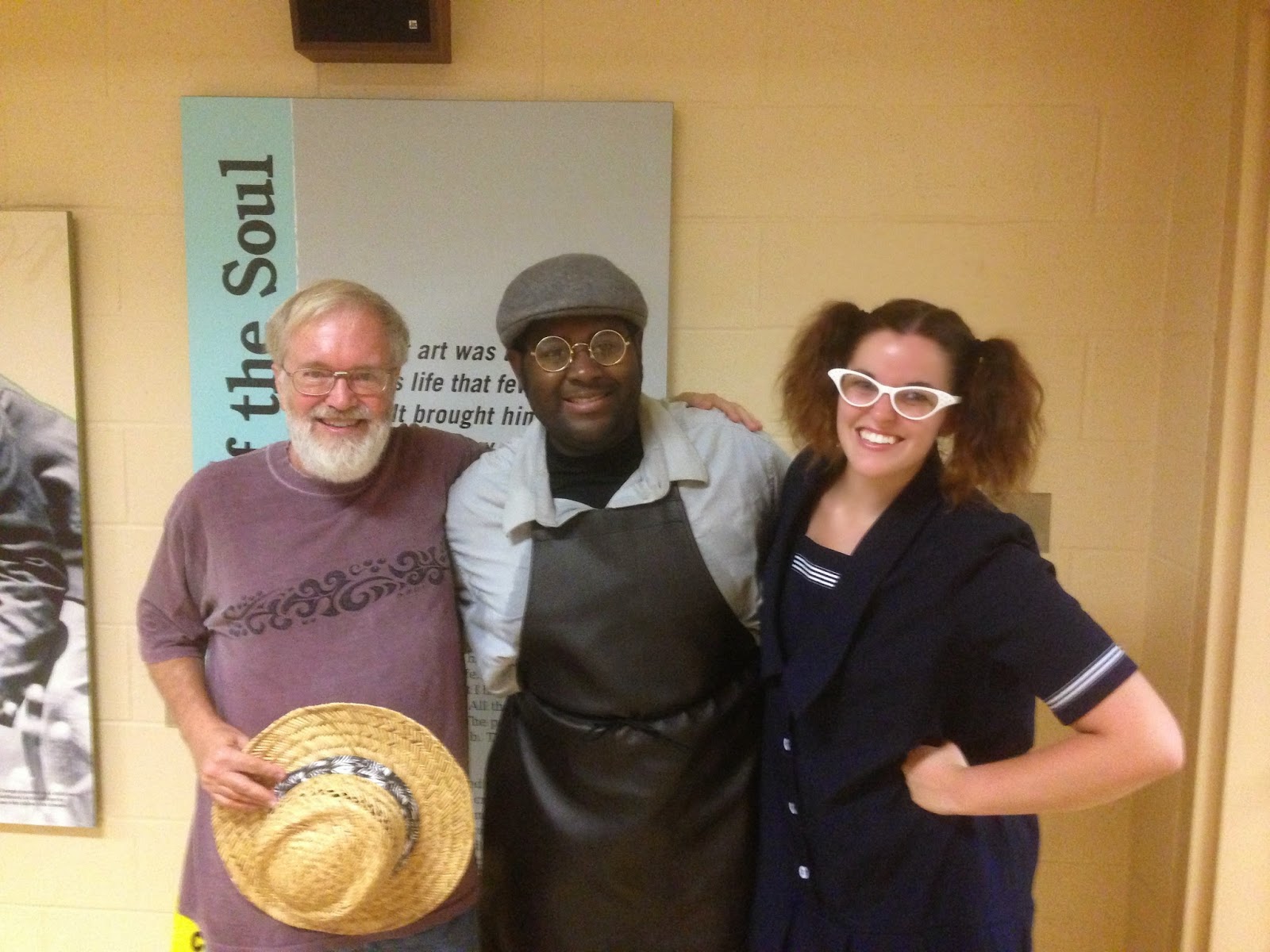 Check them out if you know a school that needs educational theater!

Here is a display in the Visitors Center that tells about how, to Carver, science was a way of serving humanity. 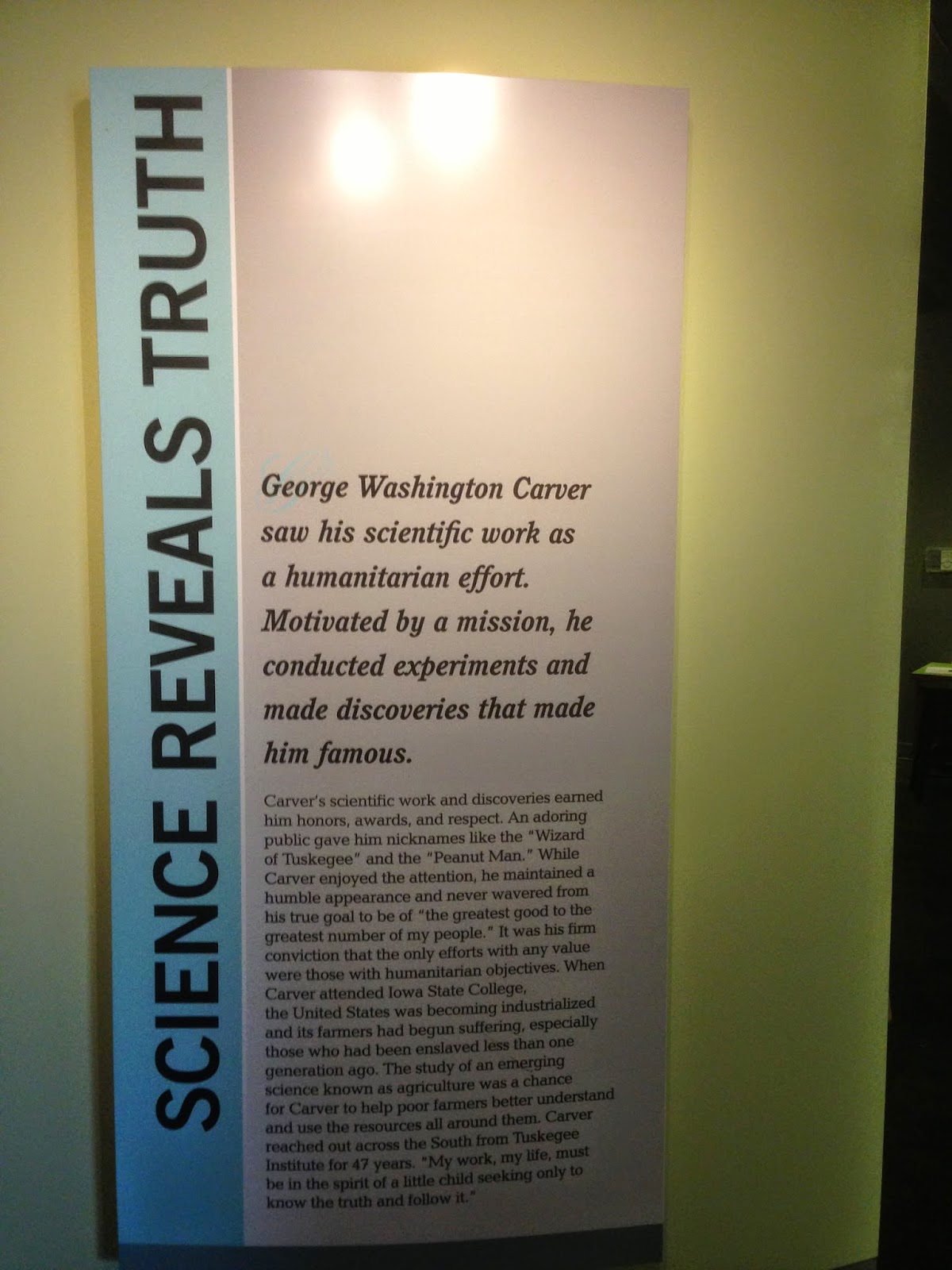 Next I will post an essay about science and religion, focusing on George Washington Carver.
Posted by Honest Ab at 1:37 PM