Science and Religion: The Case of George Washington Carver

I have written in the previous entry about my immense admiration for George Washington Carver as the model scientist. He is also a very interesting example of the meeting of science and religion.

Throughout his life, but less subtly in his later years, George Washington Carver considered his work to be God’s little laboratory, and that God was revealing the secrets of nature to him. 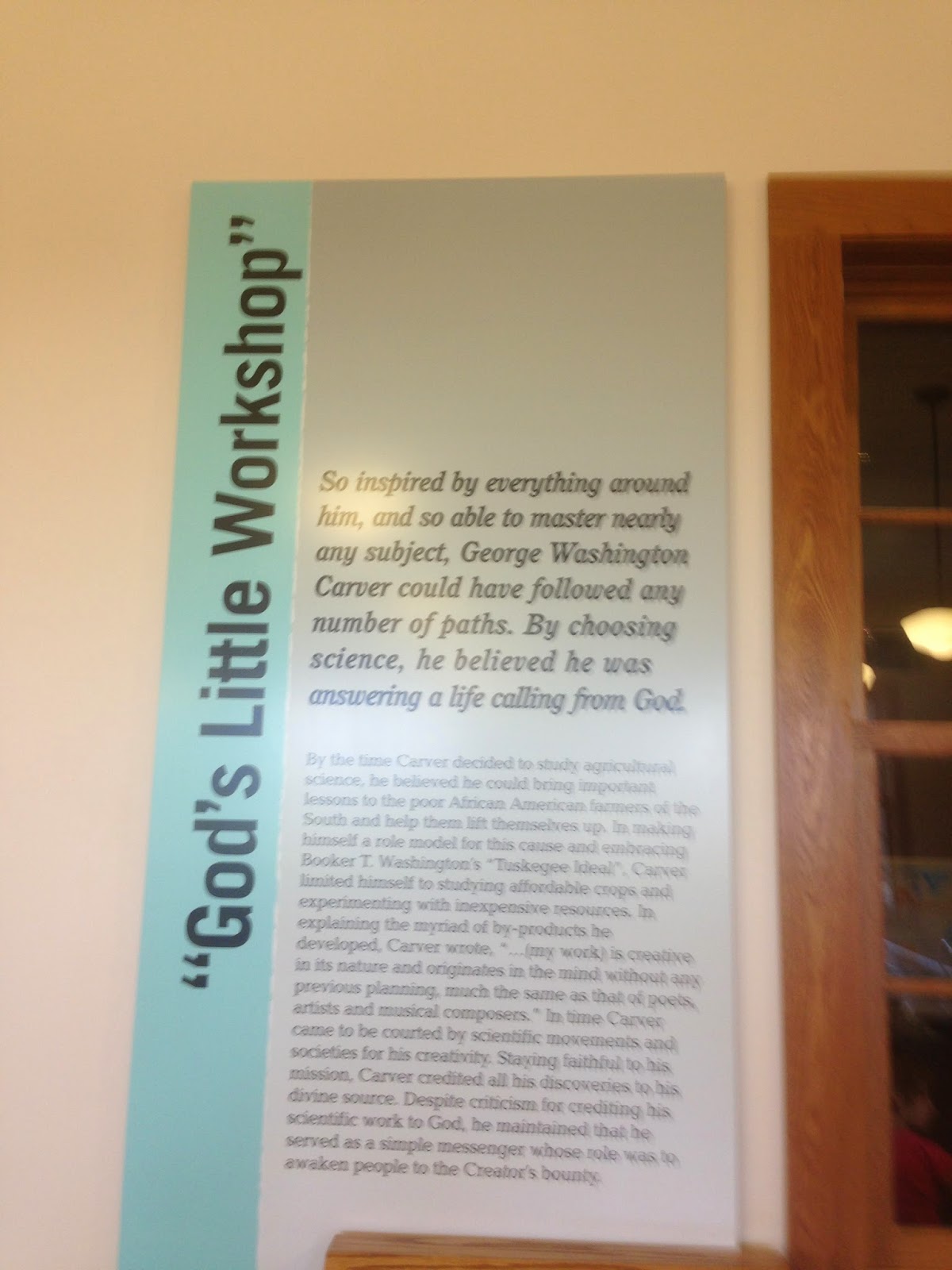 Carver apparently meant this literally, as when, in 1924, he gave a speech in New York City. The New York Times editorial was highly critical of his religious approach to science. 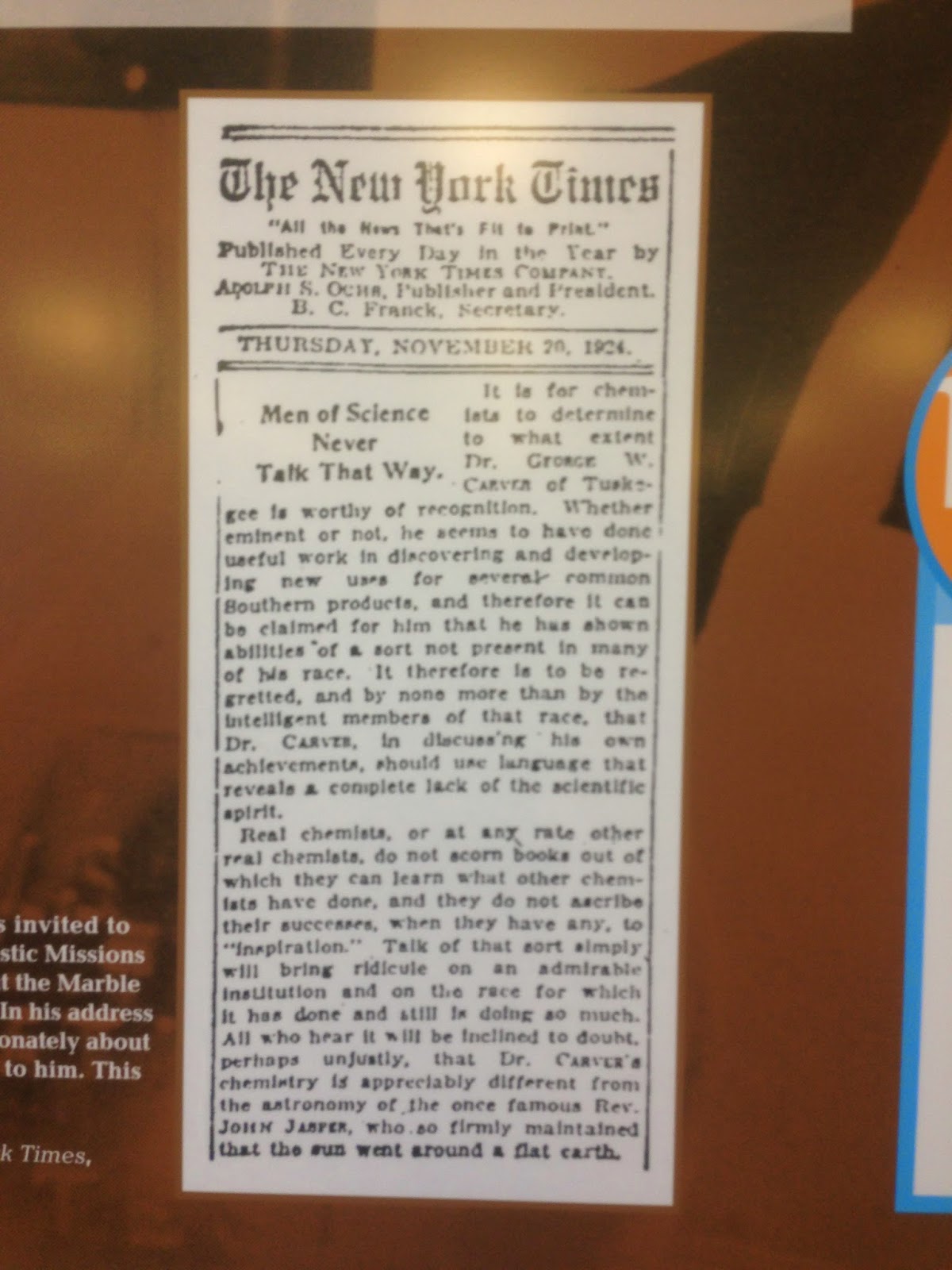 At first the editorial just seems racist, even though the writer might have meant well (saying that a hocus pocus approach to science makes blacks, who are quite intelligent, look like they are not). But this brings up an interesting point: at what point does religion interfere with a scientist’s quality of work?

I am not talking just about creationism. I have written extensively about how creationists use their pseudoscience as a tool to advance a political agenda. It is really bad science and used to promote a really bad goal. Instead, I am talking about deep religious convictions of scientists that motivate them to pursue scientific research as a holy calling—scientific research that might be just as good as that of any other scientist.

This remains a current issue among scientists. The religious convictions held by Francis Collins were the basis for Sam Harris to claim that he should not be the director of NIH. And the religious faith of Kenneth Miller caused some controversy in the Society for the Study of Evolution when Miller received the Stephen Jay Gould Award in 2011. While, in this link, Jerry Coyne is undoubtedly right that a person who publishes books about science and faith open themselves up for public criticism, I have to wonder if Coyne’s opposition to Miller’s professions of faith is entirely fair.

Is it true, then, that real scientists don’t, or shouldn’t, talk the way George Washington Carver did? To me, this is not a very important question to answer. The real anti-scientists are causing so much trouble that we shouldn’t pick fights with real scientists who happen to be religious. A fair percentage (though of course we keep no records of it) of members of the Oklahoma Academy of Science will describe themselves as people of faith. And if they keep doing good work (such as getting students to look closely at the natural world, which may or may not be God’s creation), I am their enthusiastic colleague. I admit I have problem with some religious institutions, such as Oral Roberts University, whose administration uses every opportunity to promote the belief that God directly told Oral Roberts what the truth was, and that settles it for all time. This resulted in a really disquieting moment at the AAAS Southwest and Rocky Mountain Section meeting in Tulsa in 2012 (which I described in this blog soon after it occurred). My first reaction is always to distrust religious scientists, based on my Oklahoma experiences, which have been mostly negative. But in many individual instances, I have found my religious scientific colleagues to be really fine people.

Some of you might, however, have different views. I encourage comments.
Posted by Honest Ab at 12:51 PM