A Landscape Thick with Stories

Every landscape is a palimpsest thick with stories. Where I live in Oklahoma is an example.

First, there is the story of its evolutionary past, for example when the part of Oklahoma in which I live was the bottom of a shallow sea, creating limestone filled with seashells, or when the Ice Ages caused Oklahoma to be cold and dry, a place where spruce trees and mastodons lived.

Second, there are the primordial human effects just after the most recent Ice Age. The native peoples who originally lived here were hunters and gatherers, but they deliberately manipulated the environment. They often set fires, which cleared away some of the forests and created grasslands on which game animals could graze and browse. The post oak forests were open and light because the fires did not often kill the large trees, and the oak seedlings could resprout.

Third, there are the secondary human effects caused by later immigrants, not only whites but the Cherokees, Chickasaws, Choctaws, Muskogees, and Seminoles, and later by dozens of other tribes. Not only the whites but the “Five Nations” of natives displaced from the east brought agriculture and ranching.

Finally, there are the modern effects caused by the exploitative human economy: urbanization, pollution (especially from oil extraction), and global warming.

When I walk or drive through Oklahoma, I think about all of these layers of natural and human effects on the landscape. I see myself as part of that last layer (I hope a less destructive member of that layer than are many other people), and therefore as part of a complex set of stories.

In contrast, when someone drives a big truck as fast as possible, spewing black smoke from the tailpipes, they are experiencing only one story: “me, me, me, me.”

Another place that is a palimpsest of stories is central California, where I will be going to my fortieth high school class reunion tomorrow. The San Joaquin Valley was once a vast marsh teeming with wildlife, with water coming into it from snowmelt through the Kings, Kaweah, and Tule Rivers. Today nearly all of this water has been diverted into agricultural irrigation and (to a lesser extent) domestic use. 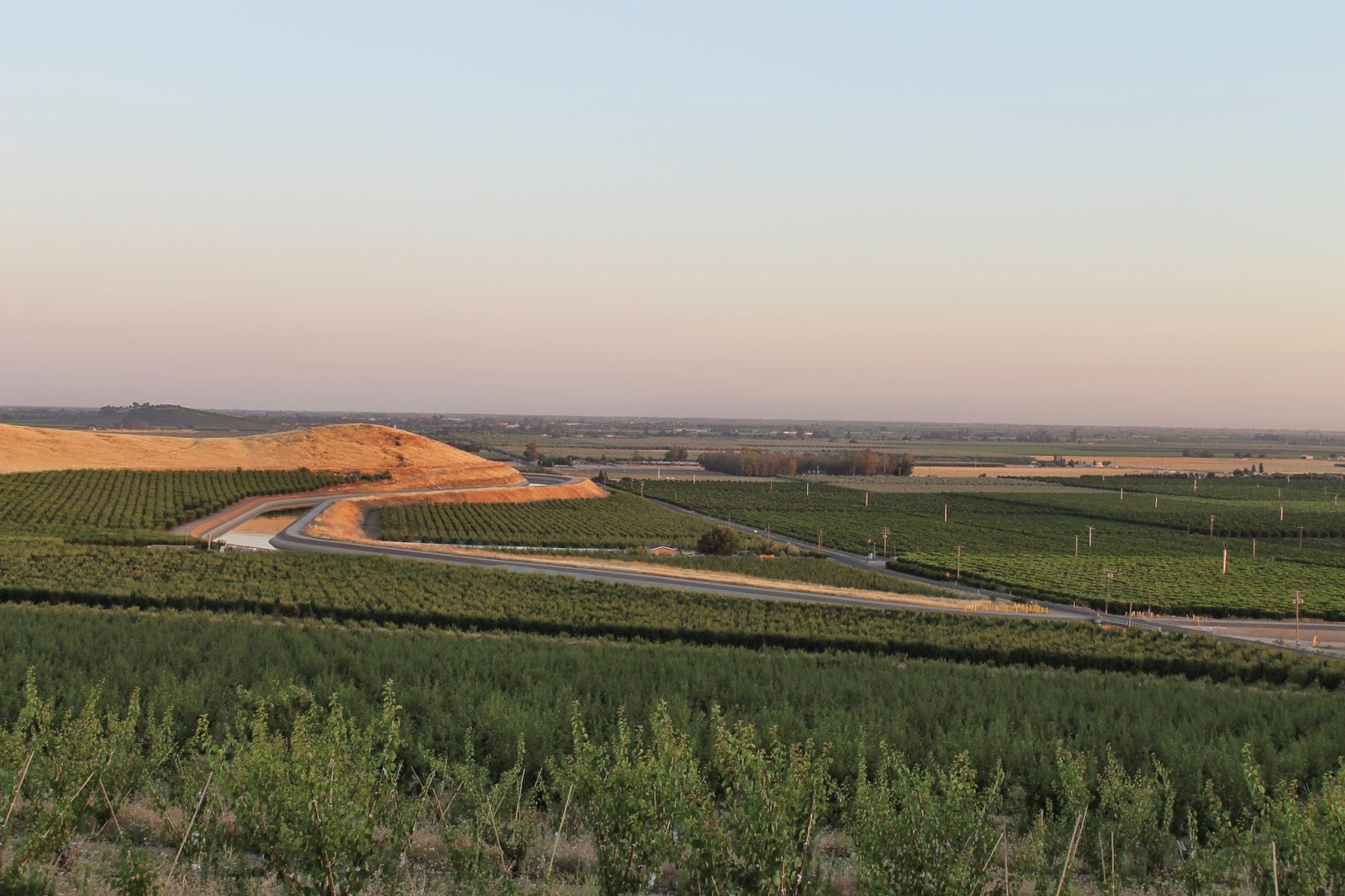 The landscape has been totally altered into agricultural fields and weed patches, with just a few exceptions. When I grew up there, I thought I was lucky to live out in the countryside, away from the air pollution of Los Angeles. But today, and even back then, the air quality of the Visalia-Tulare-Porterville area is one of the worst in the nation, and the environment was (is?) permeated by pesticides. The story of human alteration and pollution of the land overlies the natural environment. And part of the human story includes economic injustice: migrant farm workers barely make a living, in that pesticide-drenched land, on vast farms owned by rich corporations.

We need to be able to read the palimpsest of stories on the landscape in order to understand the Earth on which we live and which is endangered by our activities.
Posted by Honest Ab at 8:46 AM