The Allure of Science

In the eyes of most people, science has a lofty allure. Even people who do not like the conclusions and beliefs of scientists feel this way. Why is this?

The ideal scientists zealously pursue the truth about the natural world, relentlessly cutting away the prejudices that they and others have, and demanding only the best evidence. No sloppy thinking allowed, no reliance on hearsay or single observations. To be a scientist is, in some ways, like being an athlete. Scientific thinking is a discipline. It is available to anyone, but it is usually only professional scientists and science educators who take on the discipline consistently. A scientist exploring the depths of nature, and an athlete running the course, have a kind of golden shimmer quite unlike the sloppy thinker or the armchair athlete.

This is why anti-scientists want to look like scientists. There are numerous anti-scientific think tanks that announce their seriously flawed beliefs in sciencey-sounding jargon. And some religious groups have even started up their own pseudo-scientific journals. They imitate the very appearance and structure of scientific articles: an objective-sounding title; an abstract; a text that cites evidence and analyzes it with reason; a conclusion; and references to other articles previously published on the same topic. They want everyone to think that they are scientists, even as they discredit scientists.

One example is an article in “Answers Research,” the pseudo-journal started by Answers in Genesis, that purports to show that the speed of light has decreased over the last few thousand years. Therefore the red shift does not indicate the universe is billions of years old but that light used to travel a lot faster than it does now. From the link you can download the PDF. The PDF of the article looks exactly like a scientific article, down to the most minute detail of its appearance.

One hallmark of scientific papers is that they are “peer-reviewed,” which means that other competent scientists anonymously review the paper and pass judgment—sometimes fair, sometimes unfair—on whether the paper should be published. If religious pseudo-science articles have “peer review,” it only means that people who share the same delusion have read it prior to publication.

Remember that in such pseudo-journals, anyone can be a peer (in the sense of micturator).

Of course, it is not just creationists who produce fake scientific articles. There are numerous online journals that will print anything so long as it has a sciencey appearance and you pay them. There is no peer review. I discuss this in Chapter 14 of my book Scientifically Thinking. I end that chapter, “I’m thinking about starting a science journal. I only charge $10,000 per article. If you are interested in publishing there, let me know, and remember I’m a peer.” 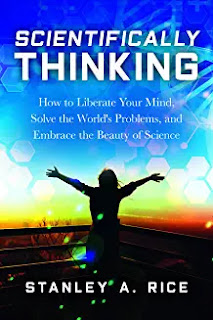 I suppose I am flattered to be a legitimate member of the scientific community. But, with ever more fake scientific journals, I fear that the public will begin to disbelieve true scientists along with the fake ones. With this, society can no longer benefit from true scientific research.