Population Thinking and Why It Matters

According to the foremost philosopher of biology, the late Ernst Mayr, one of the most important advances in biological science has been population thinking. That is, we now understand that all the members of a population (or any other set of individuals) have individual variability. They are not all the same. Without this understanding, nobody could grasp the concept of natural selection. How could some individuals in a population (of bacteria, trees, or humans) have more offspring than others (aside from sheer luck) if they were all the same? 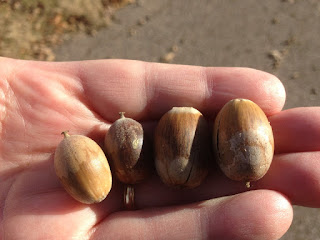 Darwin based his theory of natural selection on the work of Thomas Robert Malthus, the economist who said that there were always more people than resources, at least most of the time. Suffering and privation were, therefore, inevitable. Darwin did not simply apply this idea to plants and animals, as some people think. Darwin had to make the transition to population thinking. Even Malthus did not have population thinking; to him, all members of a human population were the same: they all worked, ate, had babies, and died, pretty much the same way.

The lack of population thinking is also why early experiments did not have replication. Bacon used only two chickens in his freezing experiment, and Redi had only two flasks for his spontaneous generation experiment. If all chickens, and all flasks with meat in them, were the same, then replication is not necessary.

Common sense, they say, is neither common nor sense. Many people, when they see an example of something, assume that it represents the entire picture. If some Republicans commit an act of domestic terrorism, as happened this last January 6, then all of them will, if given the opportunity. This is not true (I think). Because of individual differences, you need a sample. When I studied how much garbage was left along Oklahoma roadsides, I counted the garbage from many different stretches of roadside, and not just the ones that looked trashy. If I simply looked at the trashiest roadside, and assumed it was typical, I would have reached the incorrect conclusion that Oklahoma highways have over 300 pieces of garbage per mile. (Actually, it is “only” 100.)

How do we know that we have looked at enough samples of people, things, or places to draw a legitimate conclusion about them? That, my friend, is what the science of statistics is all about. And that is another story, though not one you will probably read in this blog.