For Conservatives, All Causes Are in the Service of Racism

I am a member of several organizations that defend the teaching of evolution against creationist attacks, including the Oklahoma Academy of Science (OAS) and Oklahomans for Excellence in Science Education (OESE), both of which I am a past president. We have put a lot of effort into opposing creationism. If that was our main intent, then it was all a waste of time.

More recently, OAS and OESE has put a lot of effort into opposing global warming denialism. If that was our main intent, then it was, also, a waste of time.

It is even possible that the conservative Right to Life proponents do not really care very much about unborn babies.

Conservatives, I have come to believe, do not really care about creationism, or global warming denialism, or even anti-abortion causes. These causes merely serve to promote their ultimate extremist agenda, the central tenet of which is white supremacy.

Numerous recent events, some major but others largely unnoticed, illustrate my point. The act of domestic terrorism (so defined by the FBI) that led to the January 6 invasion of the Capitol was not people defending creationism, or global warming denialism, or the Right to Life. If you engaged any of them individually in conversation, they would probably proclaim their hatred of evolution, global warming science, and abortion. But their loud and clear message on that day was white supremacy. That’s what January 6 was all about. It was not merely some guys who flew off the handle in anger. Someone planted bombs on the same day. Their attack was planned. And it was white supremacist.

But consider the smaller things also. Donald Trump says things about global warming and abortion (he left creationism to Mike Pence). In connection with July 4, 2020, Trump said that “the American way of life began in 1492.” He thus dismissed any contribution from Native Americans, blacks, or Hispanic natives of the land that would only later become the southwestern United States. Rick Santorum is well known for his defense of creationism and opposition to abortion. But on April 23, 2021, he revealed his racism when he said that America was birthed [by whites] "from nothing” before dismissing Native Americans as having nothing to contribute to “American” culture. This caused something of an outcry in America, especially from chiefs of Native nations such as Chuck Hoskin Jr., principal chief of the Cherokee tribe. But the reaction overseas shows that Santorum’s remarks contributes to an image of America as a bastion of white supremacy. 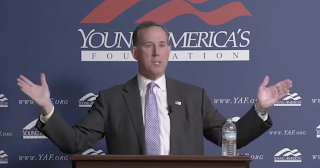 For both Trump and Santorum, white racism was the goal toward which all their other beliefs pointed.

By spending our time, as my fellow OAS and OESE members have done, on creationism and global warming, we are treating a symptom. And not even a real symptom; I suspect it is just a disguise to hide the white supremacist agenda. I urge my fellow science activists to consider that, while it is important to speak out that all races have a common evolutionary origin and global warming threatens all races, direct opposition to anti-evolution and anti-climate statements by conservative leaders is a waste of time. The conservatives can crank out misinformation a thousand times faster than we can dissect and carefully explain their errors. They already know their errors, as do their followers.

I have written five science books, all of which could be seen as opposing the conservative anti-evolution and anti-climate stand. But this was not their purpose. If I had structured any of these books as having anti-conservatism as their main focus, they would have been a waste of time. I have just published the sixth (and not the last) instalment of a series called “Creationist Funhouse” in the national magazine Skeptical Inquirer (see the table of contents for the previous articles here). Everyone who reads the magazine already know creationists are wrong. But I used a wry ridicule of creationism as an invitation to discover the wonders of fossils, molecular biology, and ecology. This, I believe, is why I have received such positive feedback about the articles. Nobody wants to see me scowl and say, “creationists are wrong,” but they want to smile with me and learn new things about science, things that creationists cannot allow themselves to enjoy. I urge my fellow science activists to proclaim the beauty of science and the worldview—which does not include white supremacism—that it promotes.

And I believe that OESE would consider the main purpose of teacher workshops on evolution and global warming (with help from the Oklahoma Meteorological Survey) to be helping teachers to enjoy teaching science more and raising a new generation of young people who share the joy of science. This is what OAS does also. Because we focus on the joy of science education, we have been successful.

I can only hope that white supremacism dies away, though I fear it will not. Every time I think it might be in decline, I see a new Confederate flag in my neighborhood in Durant, Oklahoma. But if white supremacism does die away, maybe it will take creationism and global warming denialism with it.

Of course, there are individual conservatives who are not racist. I know some, and so do you. Some are even black, such as Senator Tim Scott who told viewers after President Biden’s April 28 speech that America is not a racist country. (I cannot find any links to this event that does not require you to subscribe to a newspaper.) But it is not the moderate Republicans who have the most guns or who reached their most recent climax on January 6.

This article represents my viewpoint and has not been endorsed by OAS, OESE or any other scientific organization.