Humans and Bias: Another Message from Your Local Cottonwood Tree

Hi, this is Fluff the female cottonwood tree again (she/hers). I live in Tulsa, Oklahoma. This message is being passed on to you by a botanist named Stan Rice. 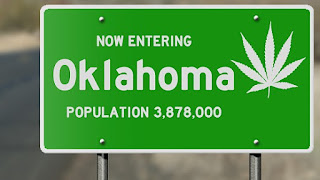 I am a tall cottonwood, and I overlook a strip mall. It is a small building, with maybe a dozen businesses. And two of these businesses are cannabis dispensaries. When I talked to Stan about it, he laughed. Just the previous evening, when he and his wife had driven just ten miles across town, they counted thirteen dispensaries; and, at 2200, that Oklahoma leads the nation in the number of cannabis dispensaries.

This may seem strange, since Oklahoma may be the reddest of the red states in the United States. Cannabis is traditionally associated with the liberal end of the political spectrum. Stan just couldn’t figure it out. I had to help him.

First, I explained to him that human political conservatism isn’t. It has nothing to do with conserving traditional values and all that. It has only to do with power and money. Religion used to be involved; but now, conservatives just use religion as a way of getting power and money. So while Oklahoma used to be the fiercest state of any in prosecuting marijuana, a state where conservatives hated cannabis. they now see dollar signs.

Second, there has to be a customer base. A lot of people want to buy cannabis. One form, CBD (cannabidiol), does not have hallucinogenic properties, but is reputed to control muscular spasms and other problems. The other form, THC (tetrahydrocannabinol), is hallucinogenic, but due to its reputed medical properties can be obtained by prescription. Prescriptions are given largely at the discretion of physicians; and some of them are a little more discretioney than others.

Thus, all of a sudden here in Oklahoma, something has happened that was unthinkable five years ago. Everybody and her brother want cannabis now.

But will this surge of demand last? Possibly so, because you humans think and feel what you expect to think or feel. It is called bias. Stan wrote about it in his book. I’m glad that us cottonwoods, who are the dominant life form on the planet, do not suffer from it. If you think CBD or THC will calm down your muscles, then they probably will. Hell, you could chew on my leaves and get some kind of medical effect, but only if you anticipate it.

Scientists, like Stan, recognize the effect of bias. Stan tried out CBD for a while. (BTW, that stuff is expensive.) At first, it seemed to help relax his muscles. But after a while it stopped working. He kept a log of muscle spasms, vs. CBD, each night for a few months. Either his body habituated to the CBD, or he had at first merely experienced bias.

I will watch over the strip mall and let you know what happens. Good luck to the dispensaries and to their two thousand competitors within Oklahoma.