My Fun Evolution Trip Part 2: Carhenge, the Other Interesting Thing in Nebraska

I continue my series of posts about a very interesting trip I took this summer. Part of the trip took me through Nebraska. I will simply note that there is, in fact, a Nebraska National Forest, in the western part of the state, with scattered ponderosa pines (not, as you might suspect, giant cornstalks).

Carhenge is exactly what its name suggests: a smaller (but not miniature) model of Stonehenge built out of big old hoopdie cars. A farmer with more money than he knew what to do with (something unlikely to happen today) decided this would be a sufficiently outlandish artistic expression. Why would anyone do this? And why am I writing about it in a science blog? 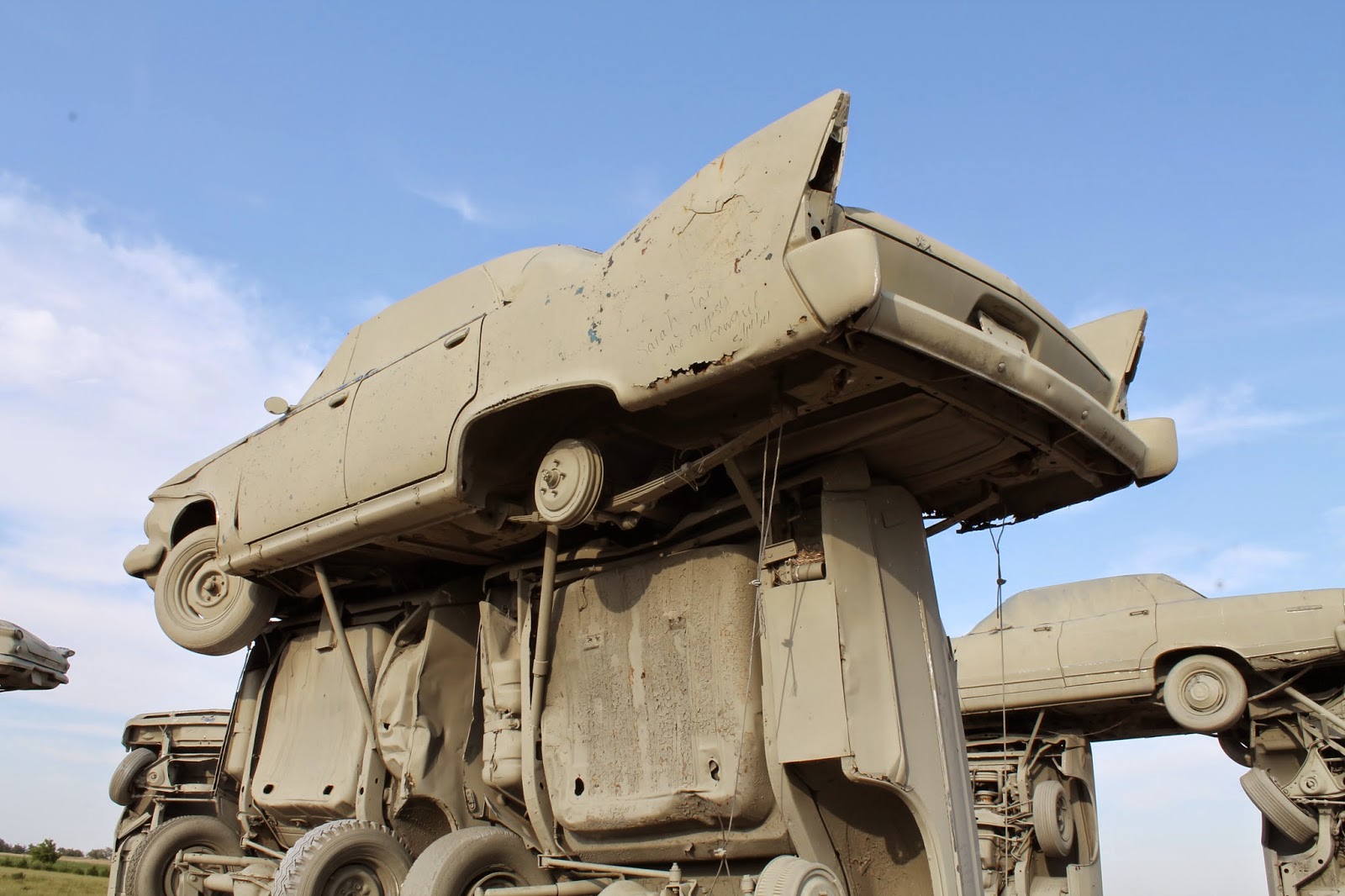 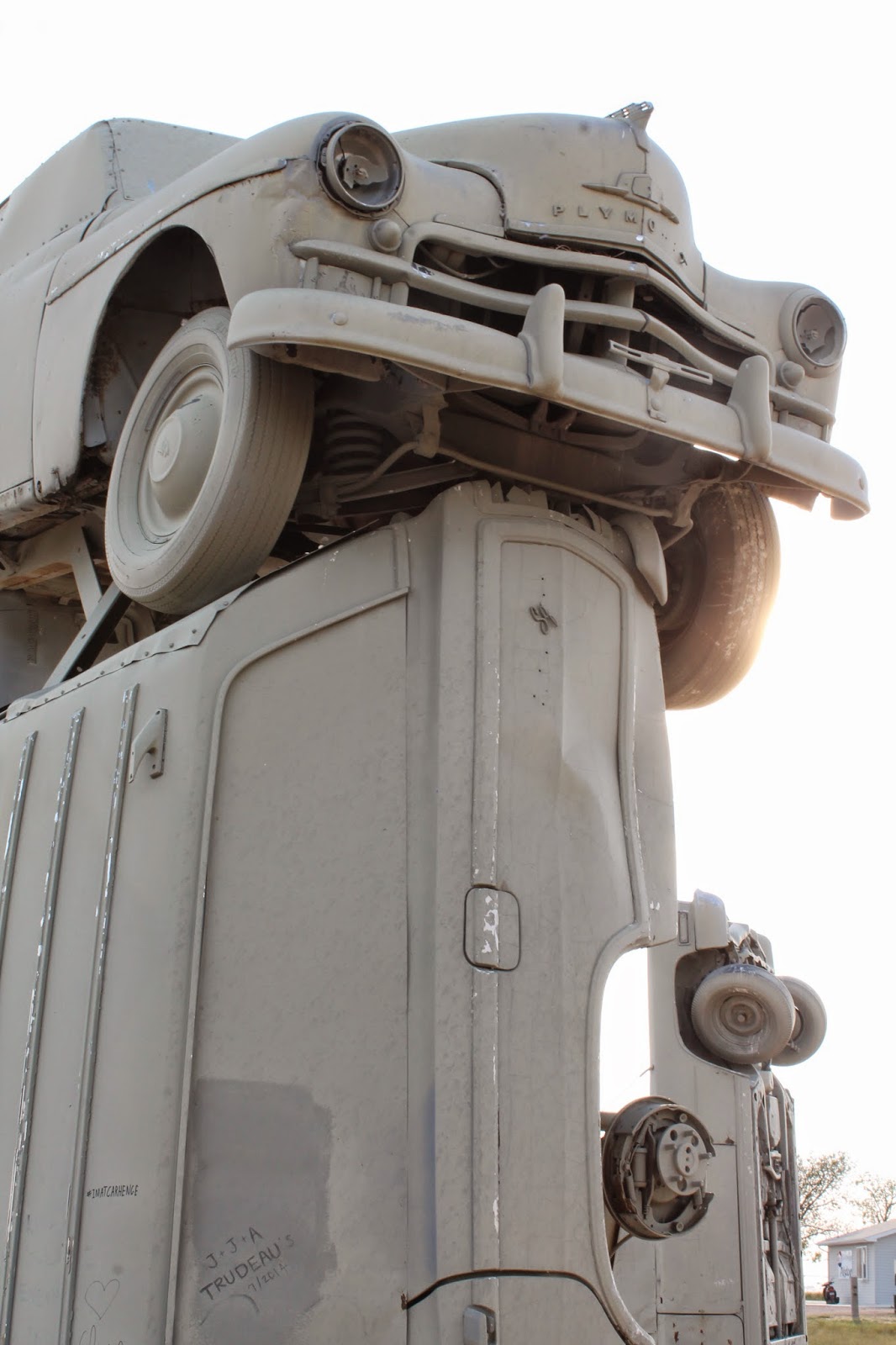 In addition to the menhirs and dolmens of cars, there are models of fishes, insects, and even dinosaurs made out of car parts. 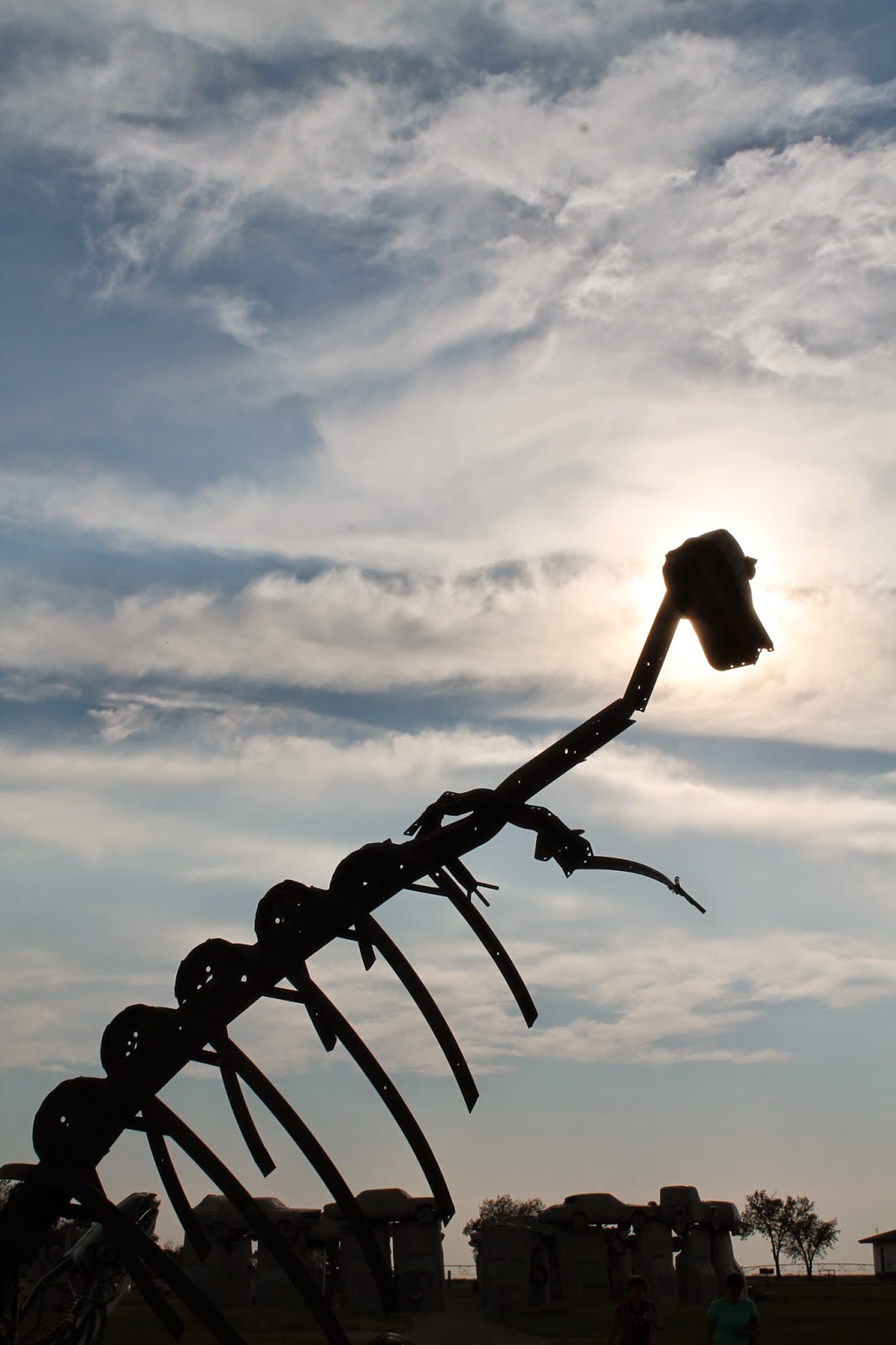 One car has even been made to look like a covered wagon. 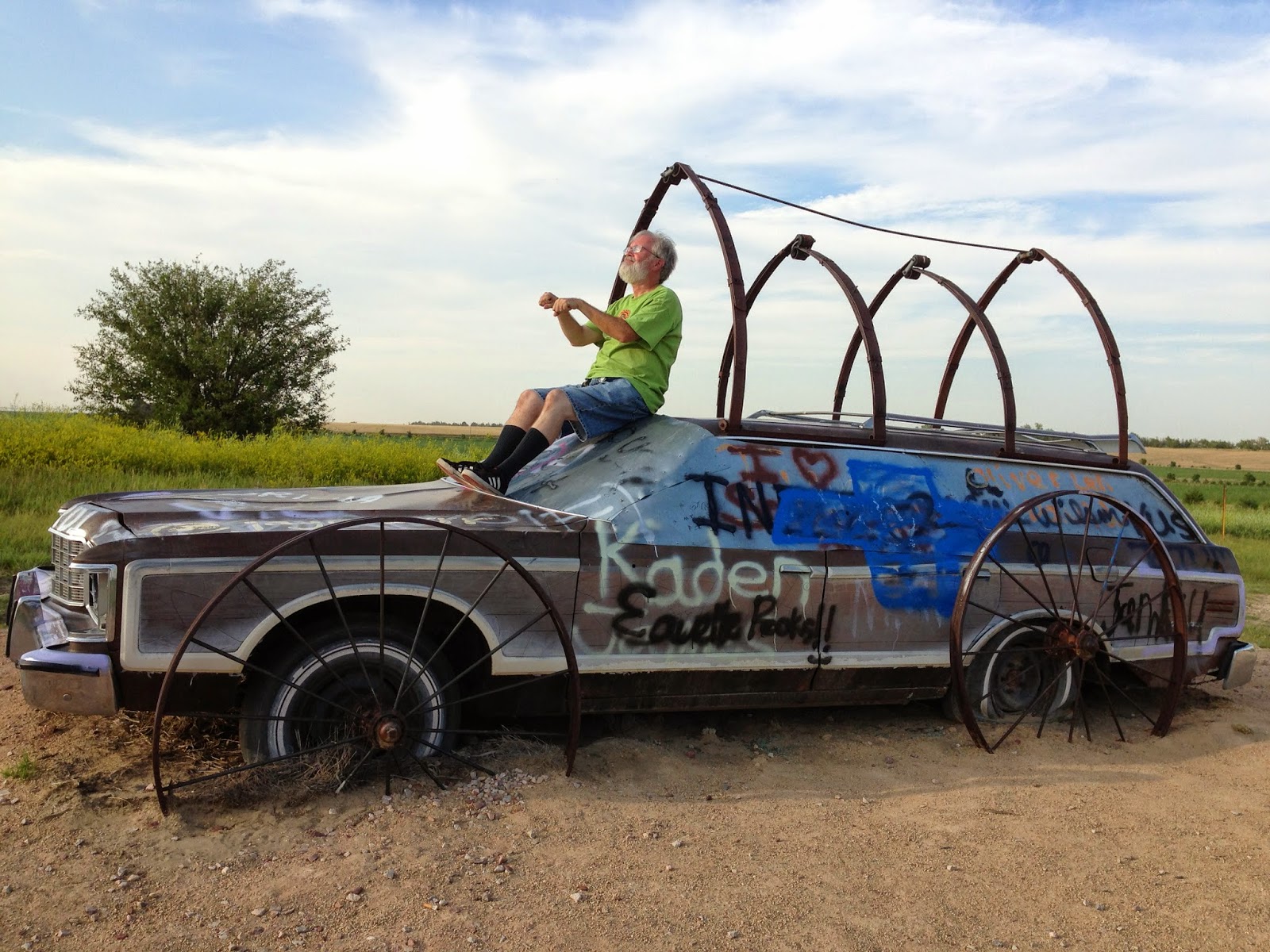 But it never really caught on. Apparently nobody saw it and said, “I’d like to build me one of these.” There are lots of imitation Stonehenges in America, including one in Missouri built out of old refrigerators, but no other carhenges. So, in this sense, Carhenge was a failure of cultural evolution. And in another sense: I would have expected local people to form neo-pagan skyclad groups that would celebrate the summer solstice there. Carhenge has had one or two solstice celebrations, but not enough to take on a life of its own, certainly not with skyclad pagans (this is, after all, Nebraska). There is graffiti everywhere, mostly people’s names, and some of it Christian. 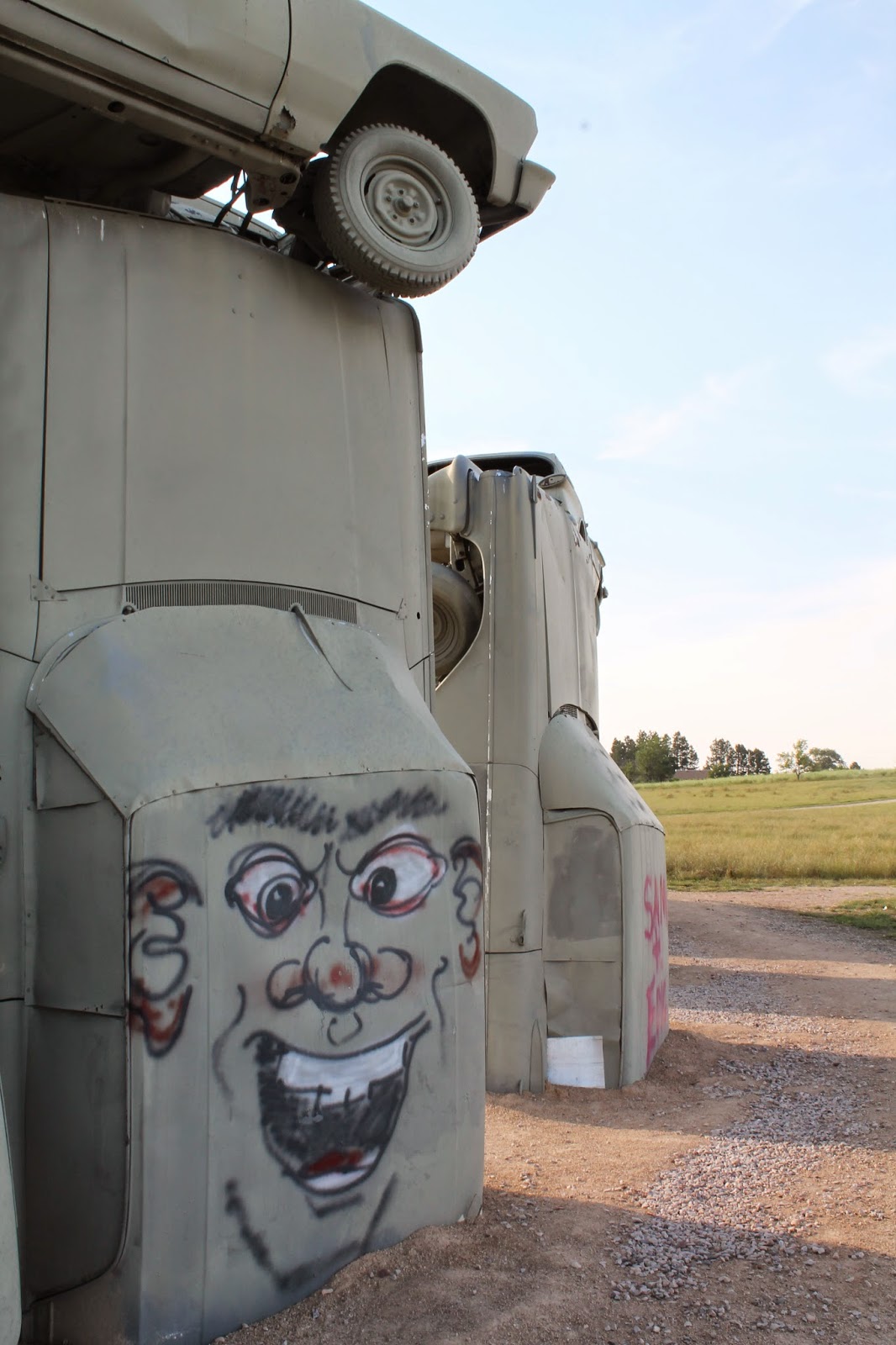 There is a time capsule there. When the time capsule is exhumed, more people might remember Carhenge than would remember you, or me.
Posted by Honest Ab at 6:59 AM