My Fun Evolution Trip Part Five: A Visit to a Prairie Dog Town

On the next day of the evolution trip (see previous entries below), my companions and I visited the Badlands, about fifty miles east of the Black Hills, in the driest part of the short grass prairie. We drove through Scenic, a nearly abandoned town where the now-closed bar catered to some Lakota men who had a lot of time on their hands. I remember these men from the 1990s, and they were nice and interesting people.

I have lots of bad things to say about soil erosion, but it can be starkly beautiful in the Badlands, where it occurs slowly enough that the plants and animals have been able to adjust to it. 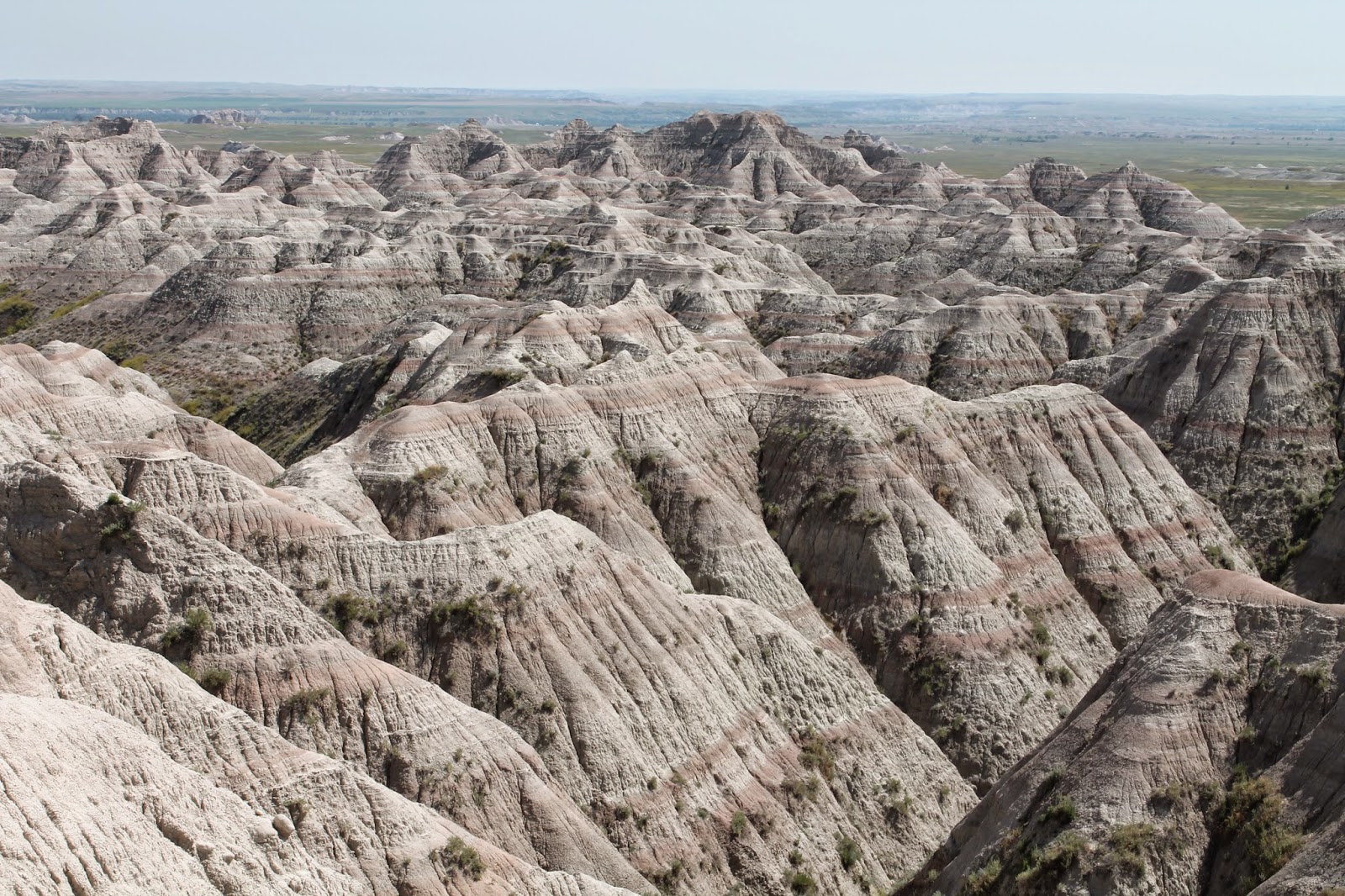 The Badlands consists of mountains and cliffs of dirt, but it is dirt from the Cenozoic Era, sediments (sometimes with large mammal fossils) that never consolidated into rock. Some of the sediments were bright yellow and red, because they were deposited during a period of drier climate when the iron oxidized more. 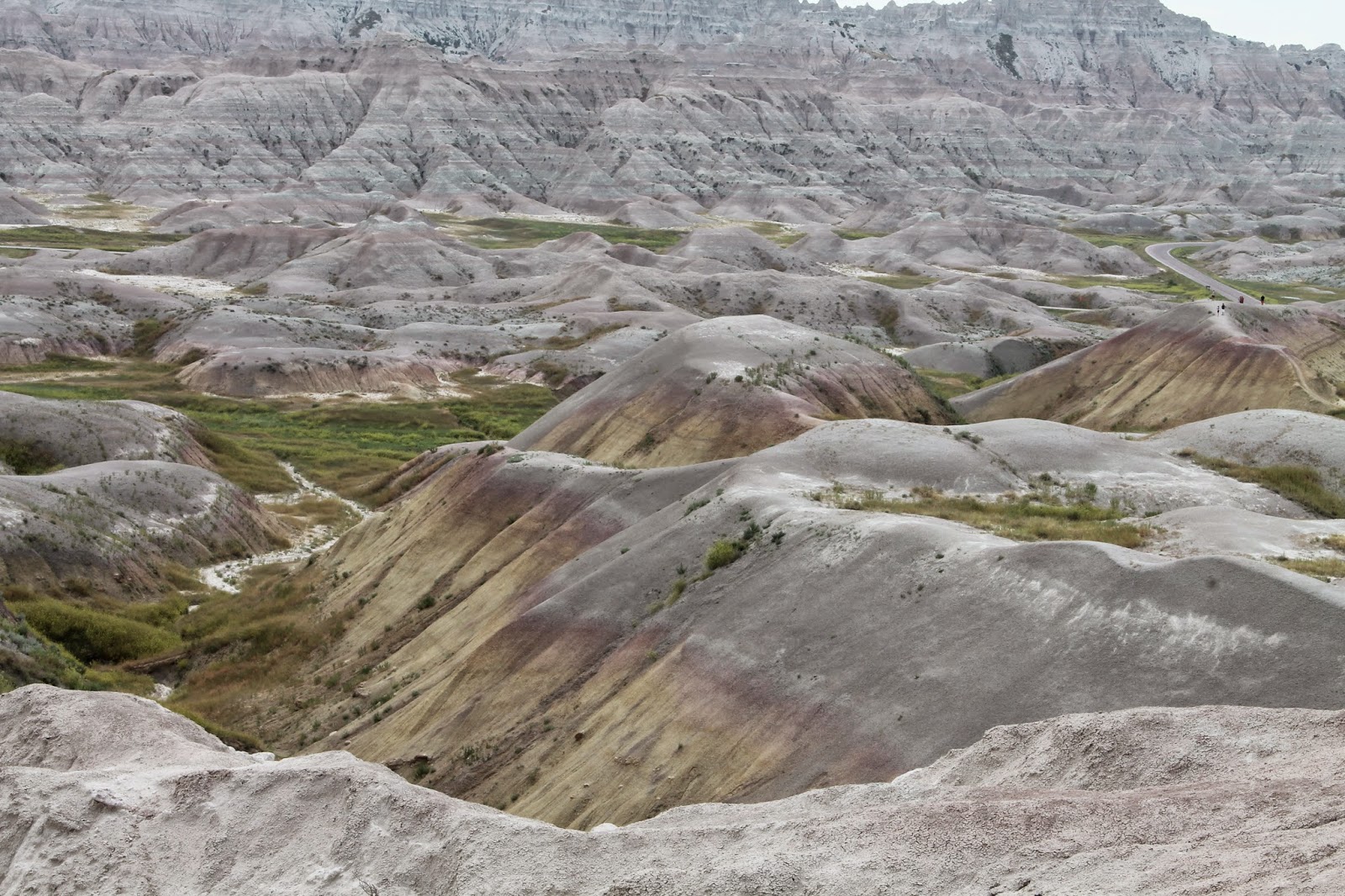 The best part was when we drove a few miles out on a dirt road to the prairie dog town. Prairie dogs are not dogs; they are sort of like ground squirrels. Their most notable feature is their communal system of interconnected tunnels in which they live, relatively free from predators. There are a few predators, such as the black-footed ferret, which can slink down into the tunnels, grab sleeping prairie dogs, and chew them into a bloody mess. Do the prairie dogs have any defense against such predators?

Yes, and that defense is altruism, regarding which I have written many times and will write many more times. Some of the prairie dogs stand guard at tunnel entrances, and if a predator (or a human whom they think might be) approaches, they give a warning chirp and dive into the tunnel. In so doing, they put themselves at increased risk of getting caught by the predator. But even if the guard gets killed, his genes make it into the next generation because his relatives may reproduce more. That is, even a guard that gets killed may have enhanced inclusive fitness. In this case, the guards seemed more curious than alarmed and approached me, perhaps hoping for some food. This particular prairie dog town gets a constant stream of human visitors. Was it my imagination that they were trying to be cute? This is an evolutionary strategy that worked for cats. 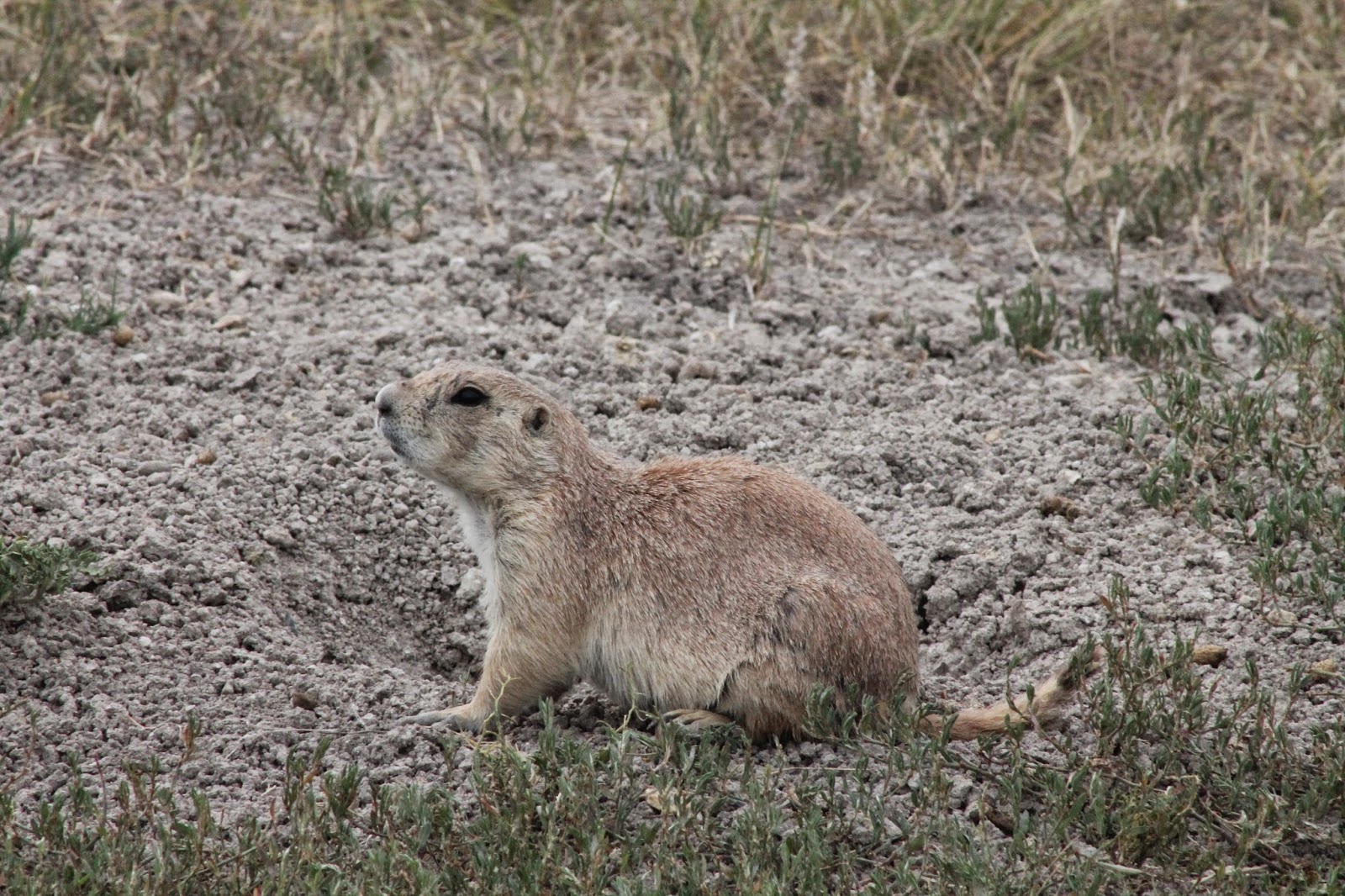 Besides the evolutionary story of altruism, a prairie dog town is a good place to study the ecological effects of animals on their ecosystems. Without prairie dogs, the short grass prairie has a thick sod of grass stems and roots, into which a little seedling has little chance of growing. Most of the annual wildflowers (such as the scarlet globemallow, no longer in bloom when we visited) grow only in areas where the sod has been disturbed. This occurs where the prairie dogs dump their excavated soil (and fertilize it with droppings), and where the bison wallow. Bison do not have hands and cannot scratch parasites so they have to wallow around on the ground for relief. In the photo, note the prairie dog on the mound of disturbed soil with globemallows, and the bison in the distance. 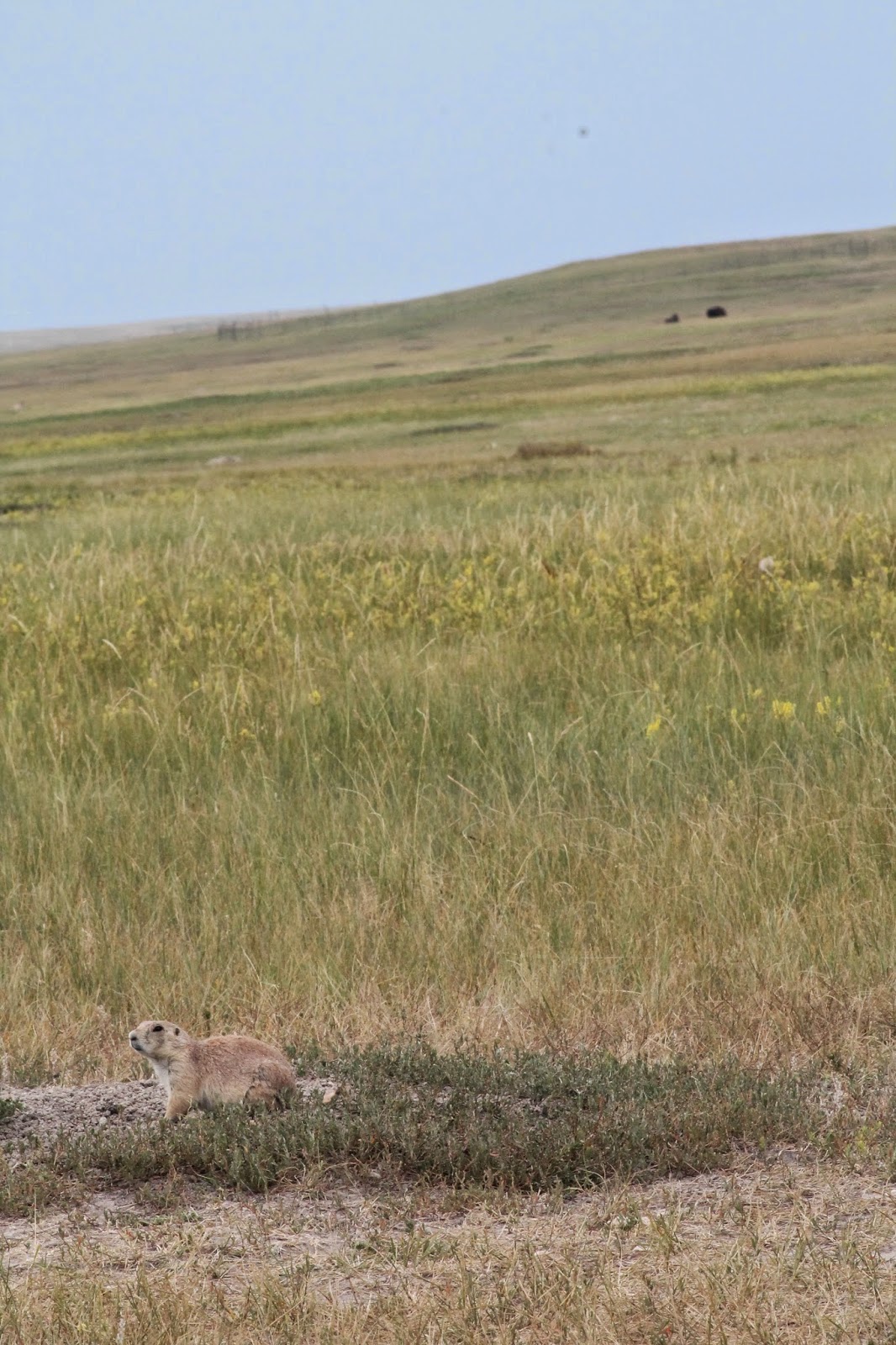 The prairie dogs even have an effect on other animals. Burrowing owls do not dig their own burrows but nest in prairie dog tunnels.

The wind was extreme when we visited the prairie dog town, so the videos at that site were worthless. But two days later, at Devil’s Tower, my videographer Sonya Ross made an excellent recording which I will post in due time on YouTube.

Prairie dogs are not popular among ranchers, who like to poison them. The reason is that bison are smart enough to not step in the holes, but cows are stupid and step in the holes and break their legs. Prairie dogs are routinely poisoned on private land, and have occasionally been poisoned on federal land leased by ranchers from the government. Ranchers generally consider federal land to be theirs, rather than the property of all American citizens, and in some cases ranchers have protested for the right to graze their cattle on these lands for free. (They call this private enterprise rather than communism.) But at least, as far as I could see, the prairie dogs actually within the borders of Badlands National Park are safe.

As we left the park, we saw a herd of bighorn sheep, including a mother with a kid that was just learning how to jump around on the cliffs. With twenty cars and a dozen photographers around for this impromptu show, the sheep seem to have lost some of their fear of humans. 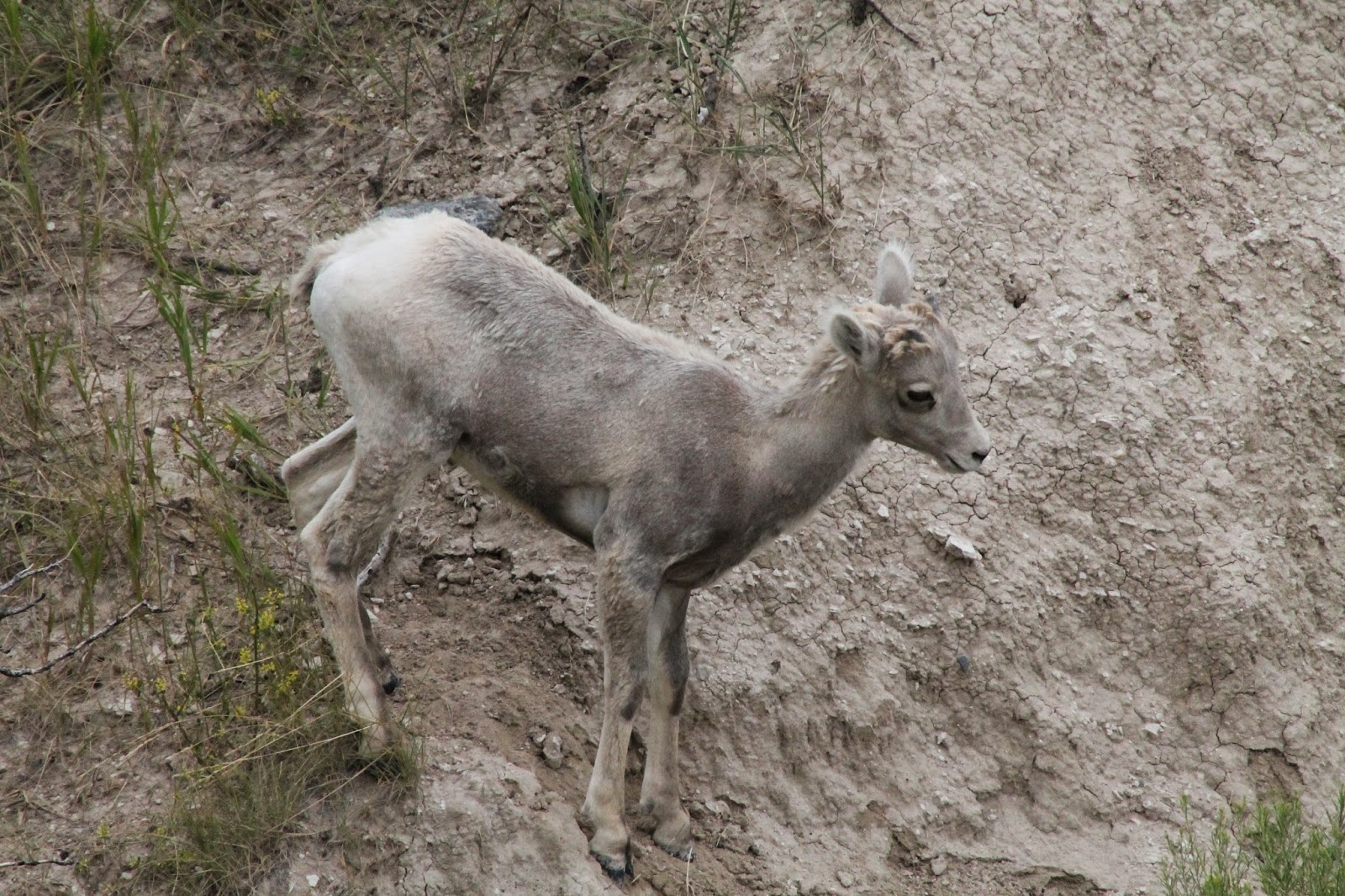 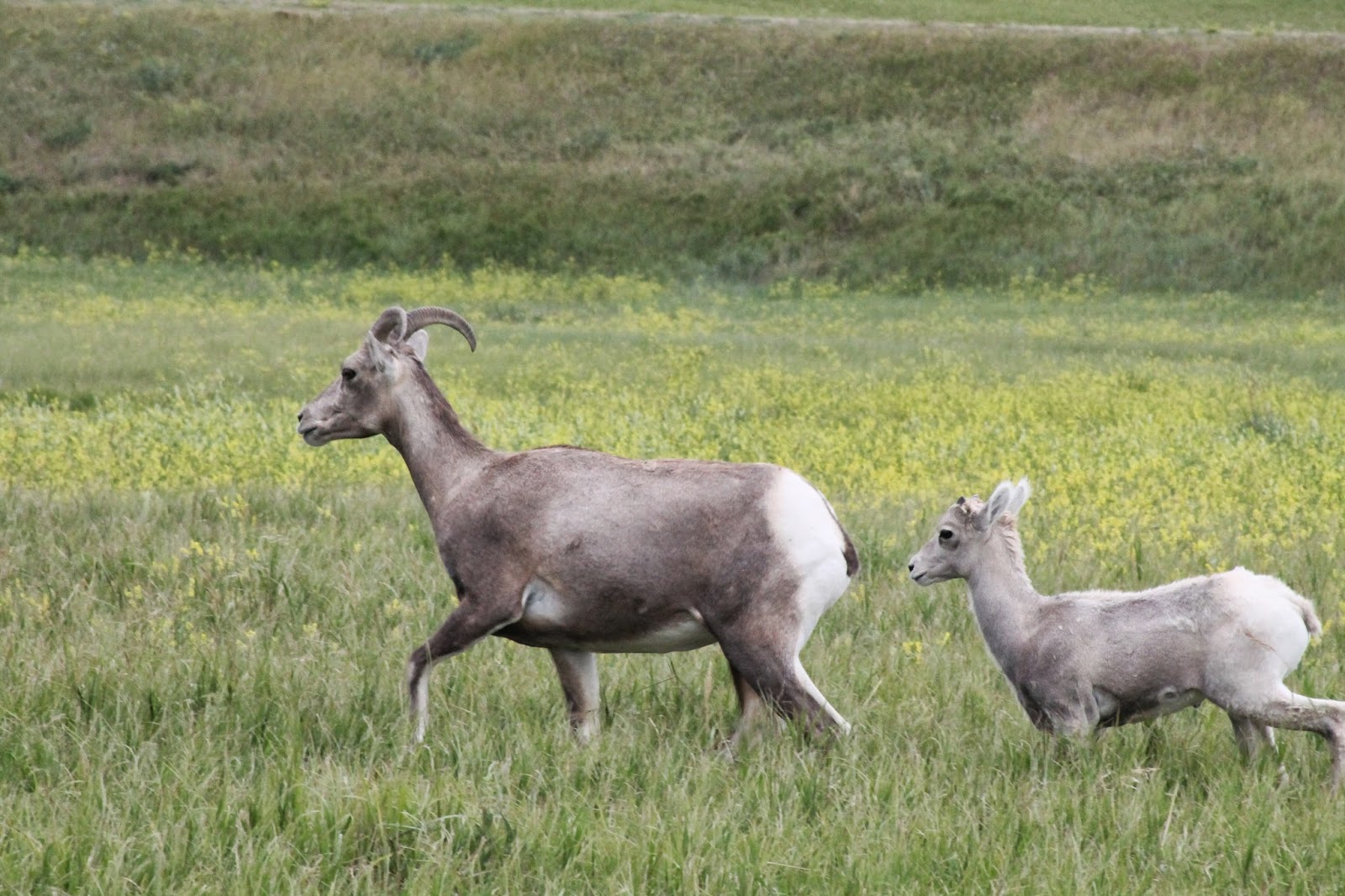