We saw a couple of really interesting plant adaptations in the Black Hills. The first is the white buttercup, which filled some of the shallow ponds of Little Spearfish Creek. 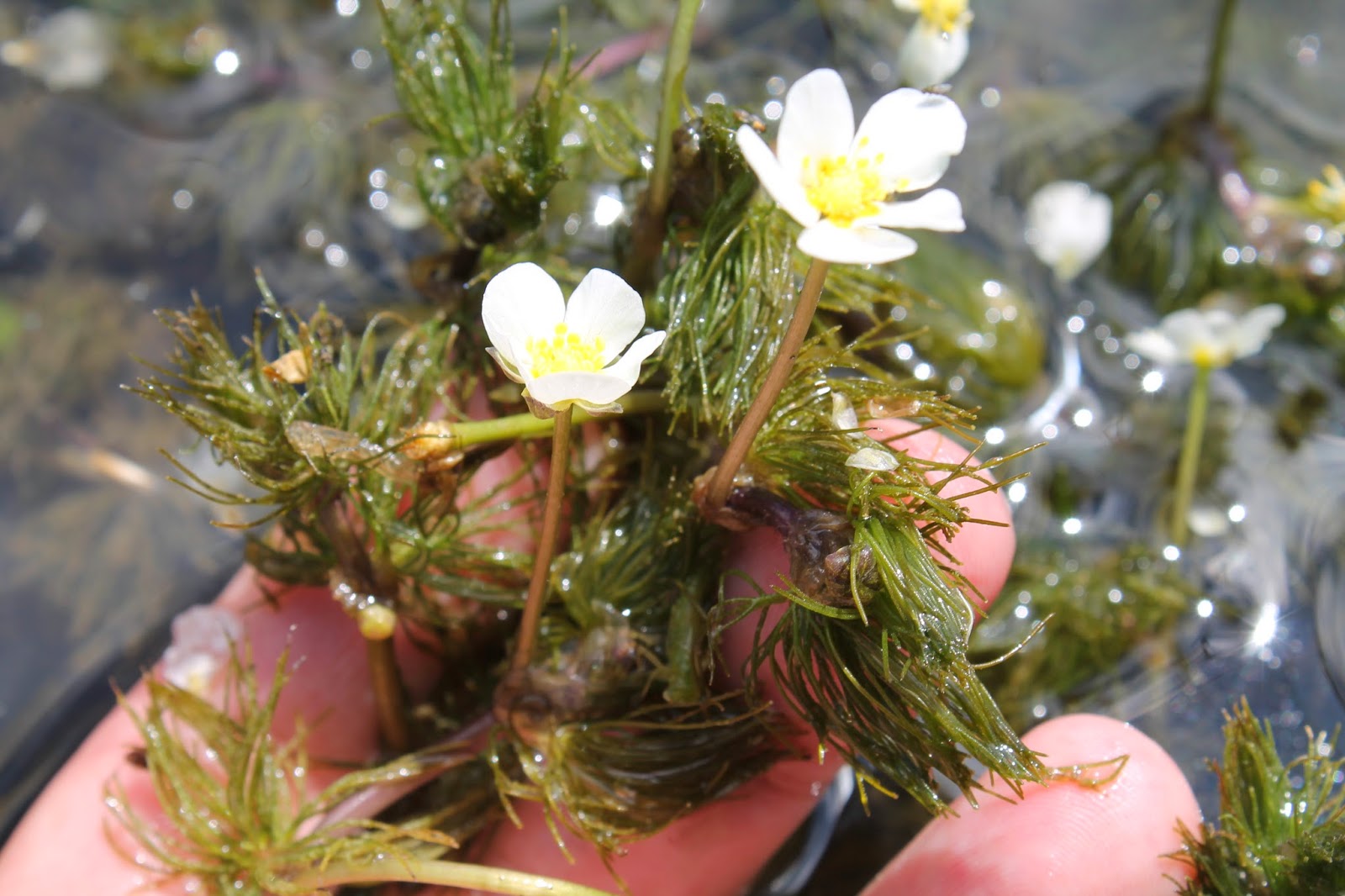 The underwater leaves were finely dissected, which increases their surface area for absorbing dissolved carbon dioxide. Terrestrial leaves could also absorb more carbon dioxide this way but would lose too much water, which is not a problem for an aquatic plant. The flowers, however, float on top of the water where insects can find and pollinate them. 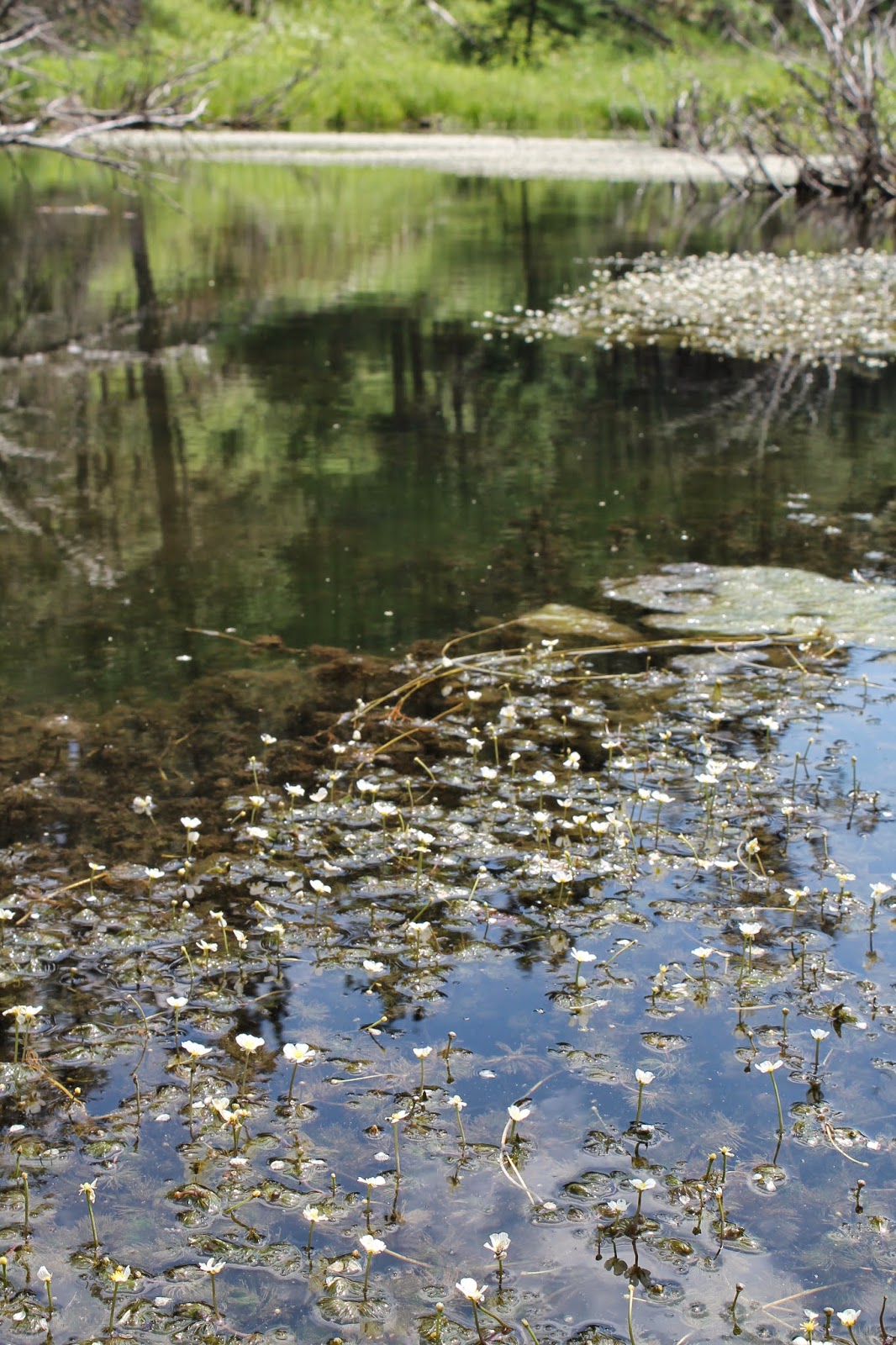 Another set of adaptations is represented by the quaking aspen, Populus tremuloides. When you see a whole clump of aspens, perhaps covering several acres, it may be a single genetic individual that has spread by underground stems. All of the aboveground stems are the same height. The resulting genetic uniformity has its risks: diseases can spread rapidly not only because of the genetic monoculture but because of whichever underground connections may remain intact. But the connections help to stabilize the massive clone: the stems (ramets) growing in favorable locations can help to support the ramets growing in unfavorable locations, very much like the phalanx of an army. Many plants have this adaptation, but aspens are famous because they have such massive clonal growth.

Other aspen adaptations sound more like just-so stories. The first is the ability of their leaves (as well as those of cottonwoods, which are in the same genus) to quake in the slightest breath of wind. They do this because of their flat petioles. The standard explanation is that this allows the leaves to absorb more carbon dioxide. I am confident that this is true, but I can only ask why, if quaking is such a wonderful adaptation, that more plants do not employ it?

The second is a nearly unique bark adaptation. The bark looks greenish and is capable of carrying out photosynthesis. Underneath a tight white layer of tissue, there is an intensely green layer, at least in the Black Hills populations. Apparently the photosynthesis in this layer is less inhibited by cold temperatures than in leaves and might benefit the tree in early spring or late autumn. I could not readily find references about what aspens might do with the sugar their bark produces; perhaps they load it directly into the adjacent phloem and send it down to the roots and underground stems. Apparently this layer was actively producing sugar, for an ant quickly found the shallow wound that I made in the bark. 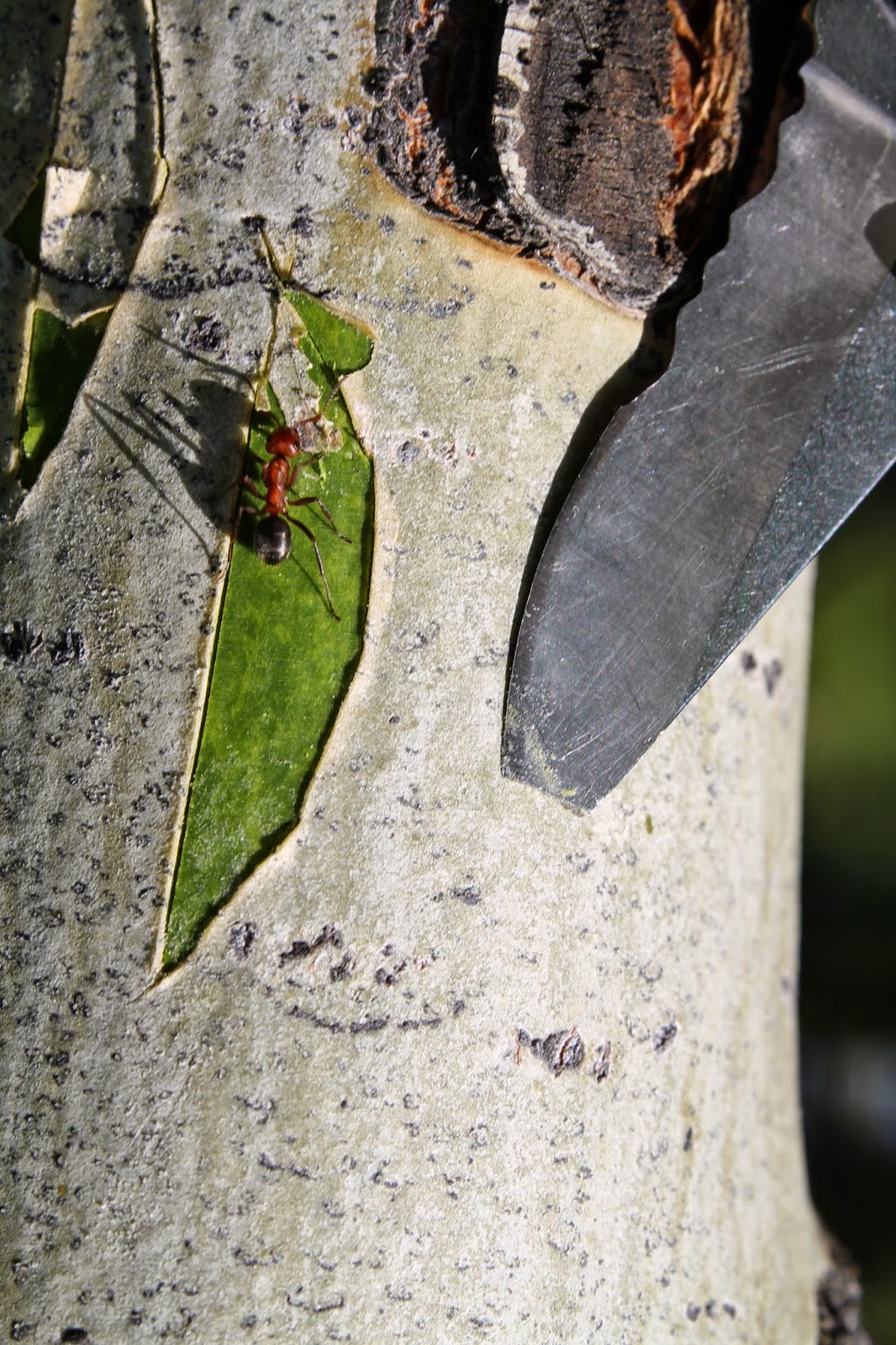 I do not doubt the value of the adaptation, but once again I ask, if it is such a great adaptation, why don’t other trees have it? Of course, many young stems do have it. We cut down a mulberry tree in our yard, which was inconveniently disturbing the foundation of our house, and hundreds of thick green stems immediately sprouted back. Even older mulberry stems have a green layer—but not, to my knowledge, the trunks, as in aspen.

I would think that green trunks, like quaking leaves, would be easy to evolve, and should be more common, if our facile adaptive just-so stories were entirely correct. It appears to me that a few plants have evolved great adaptations within evolutionary constraints.