My Fun Evolution Trip Part Ten: The Most Amazing Plant Fossils in the World, part two.

The leaf fossils that I saw at Fossil Bowl (see previous essay) came from a 15-year-old Miocene forest that dominated what is now northern Idaho. These forests closely resembled the rich forests of deciduous and evergreen trees that now characterize parts of China and, to a lesser extent, the eastern US. They were almost totally unlike the modern forests of northern Idaho, which are dominated by conifers such as Douglas fir.

Here are just a few of the fossil leaves that I found. I have used William Rember’s online gallery for identification. My identifications are tentative for several reasons. One is that I might have found some leaves previously undiscovered in this location. Another is that some crucial diagnostic features, such as leaf bases and margins and overall shapes, might be missing. I offer these images for others to help identify.

Bald cypress: Today, Taxodium is found only in swampy areas of North America and Mexico. 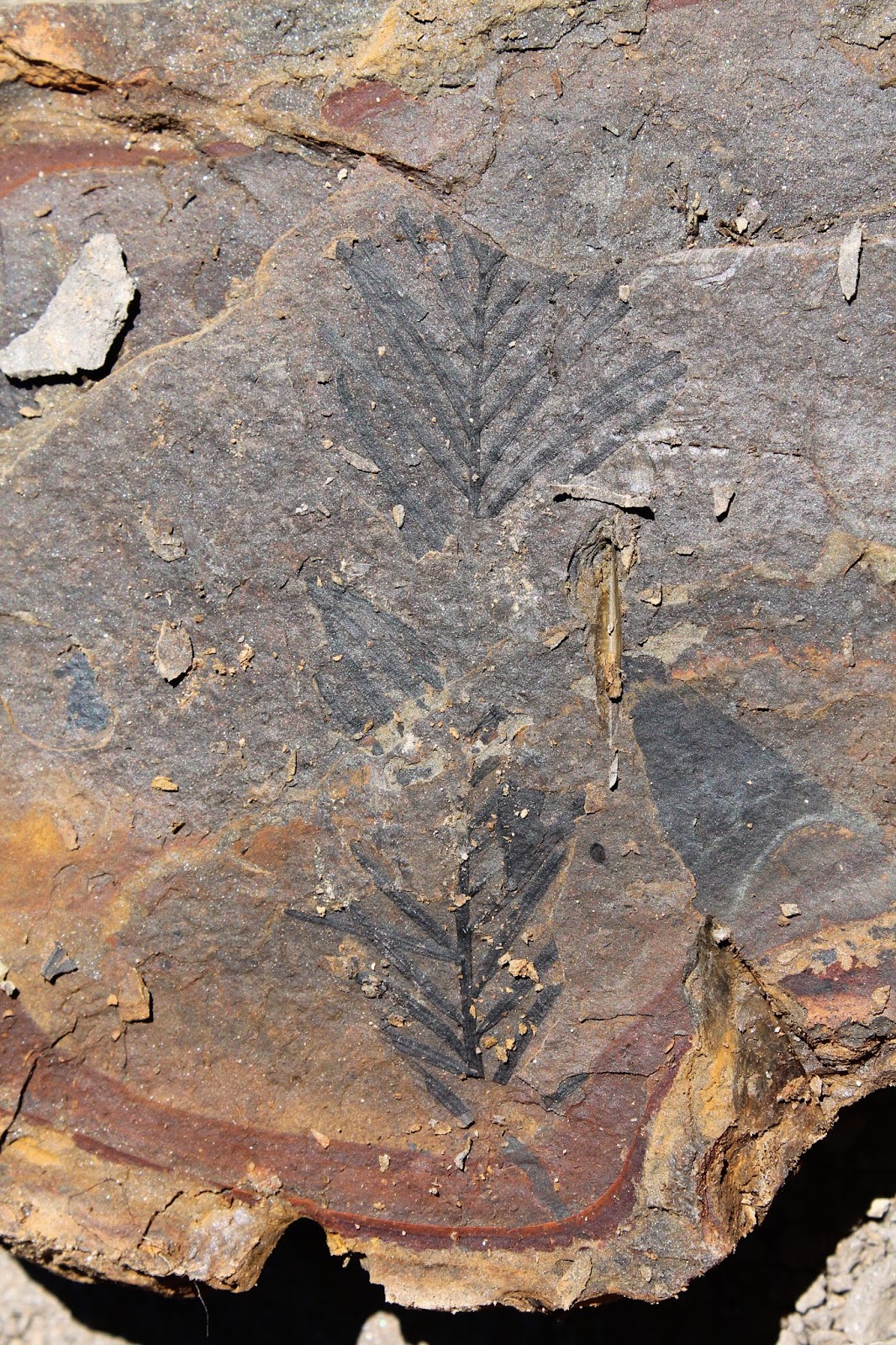 Greenbriar: today Smilax is common in much of eastern North America and in Asia. 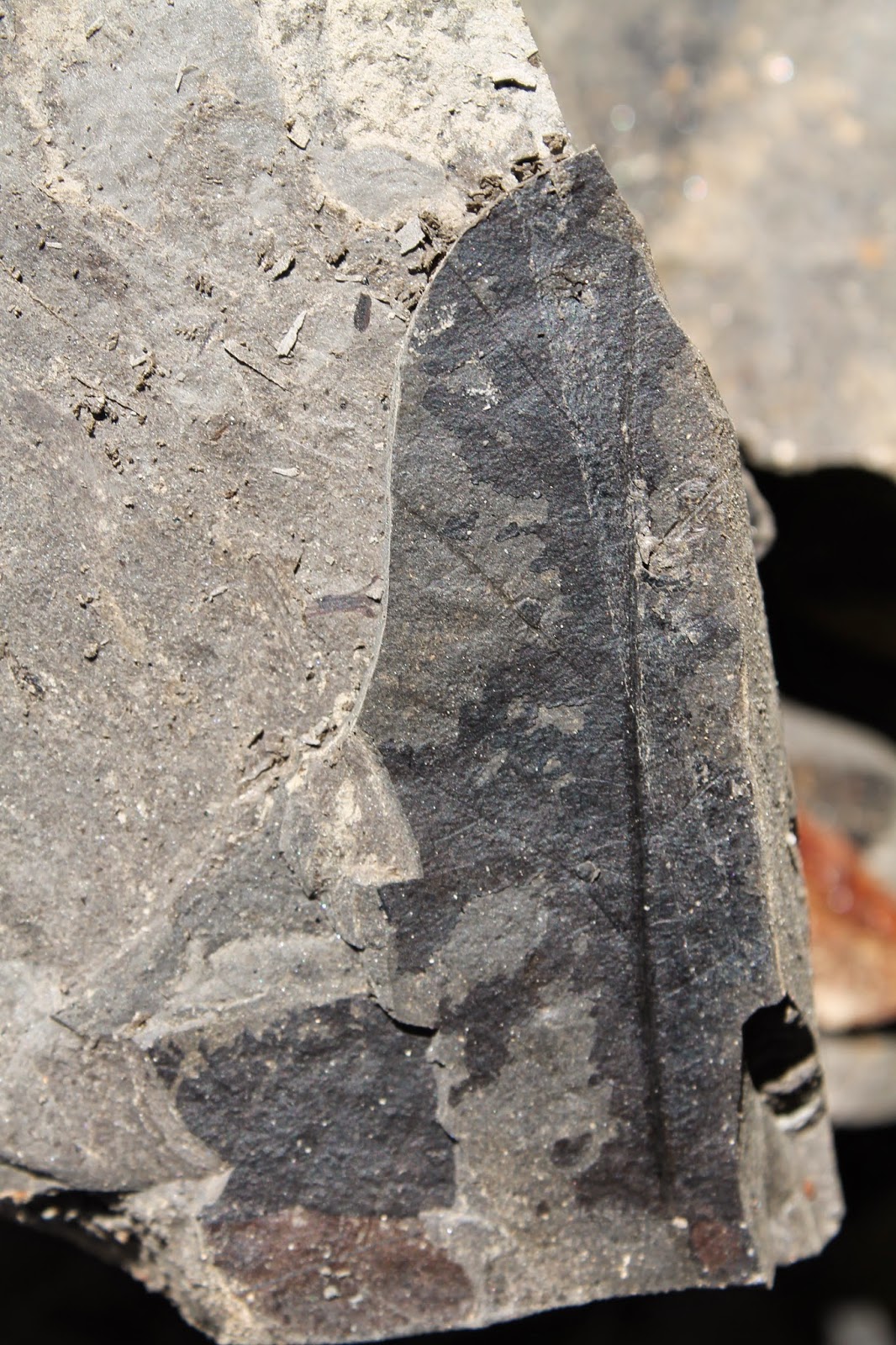 Beech: This leaf appears to be a false beech Pseudofagus idahoensis; a small poplar leaf (Populus) is in the upper left. 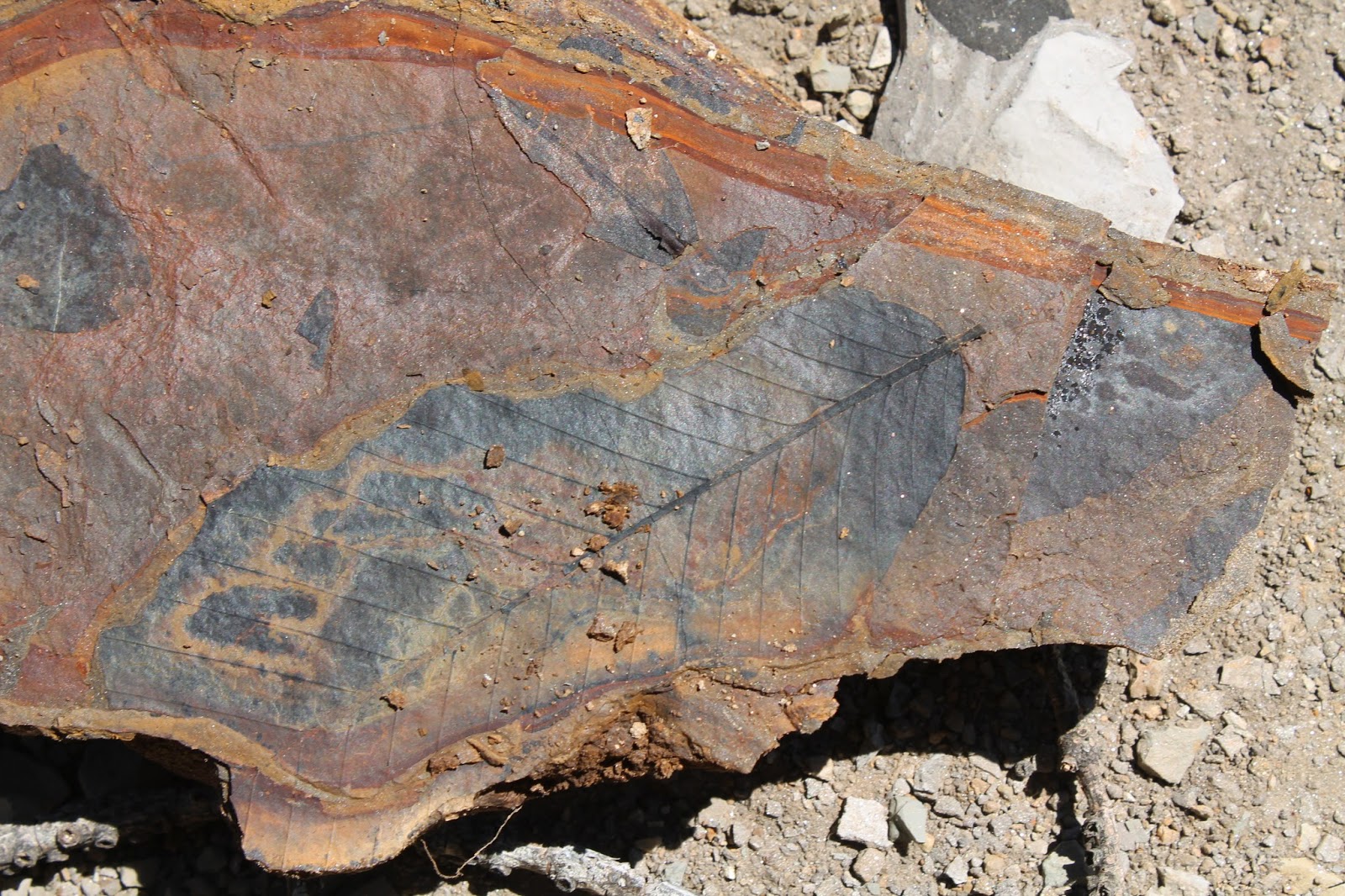 Sycamore: This fossil appears to be Platanus dissecta. 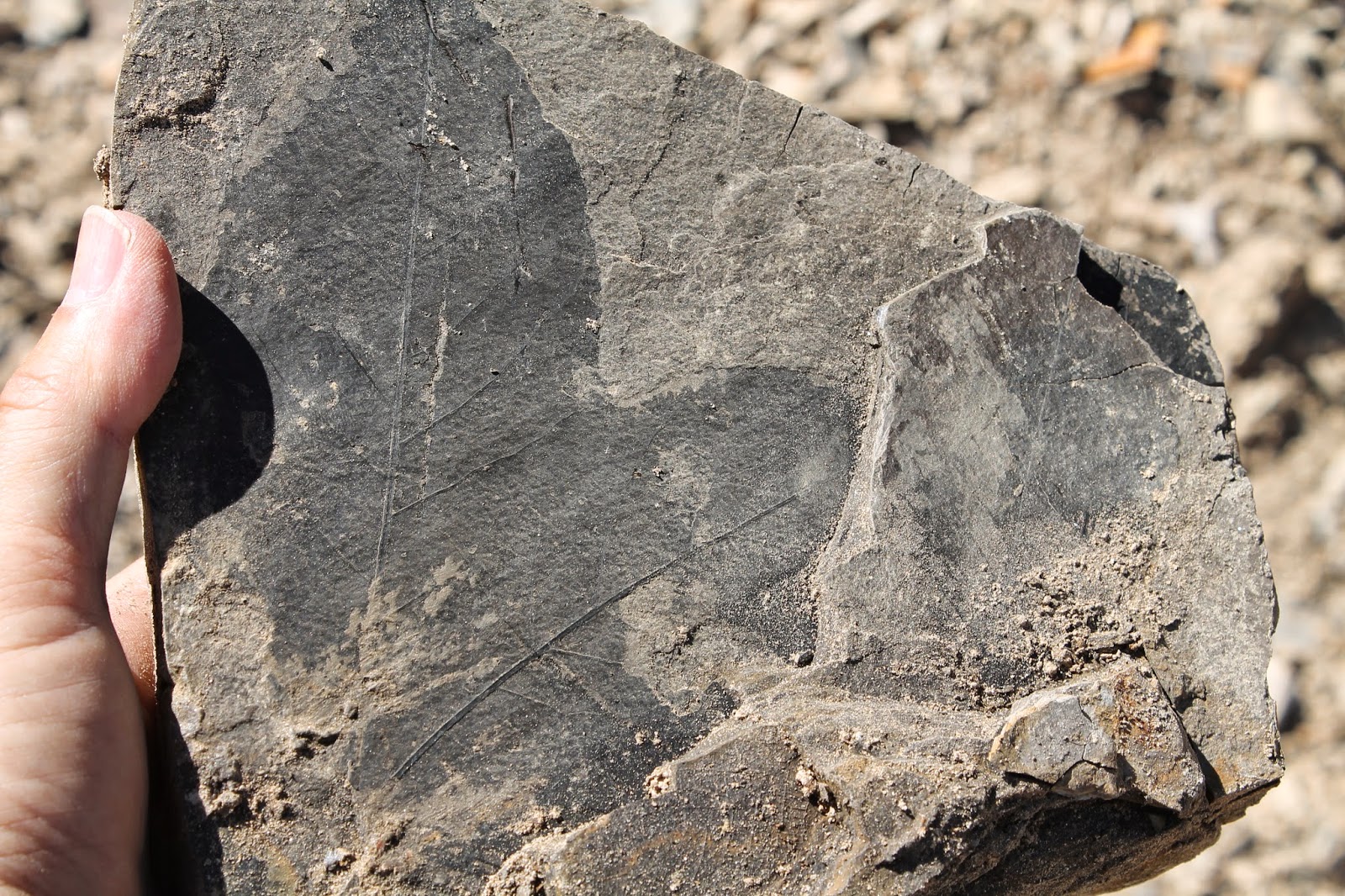 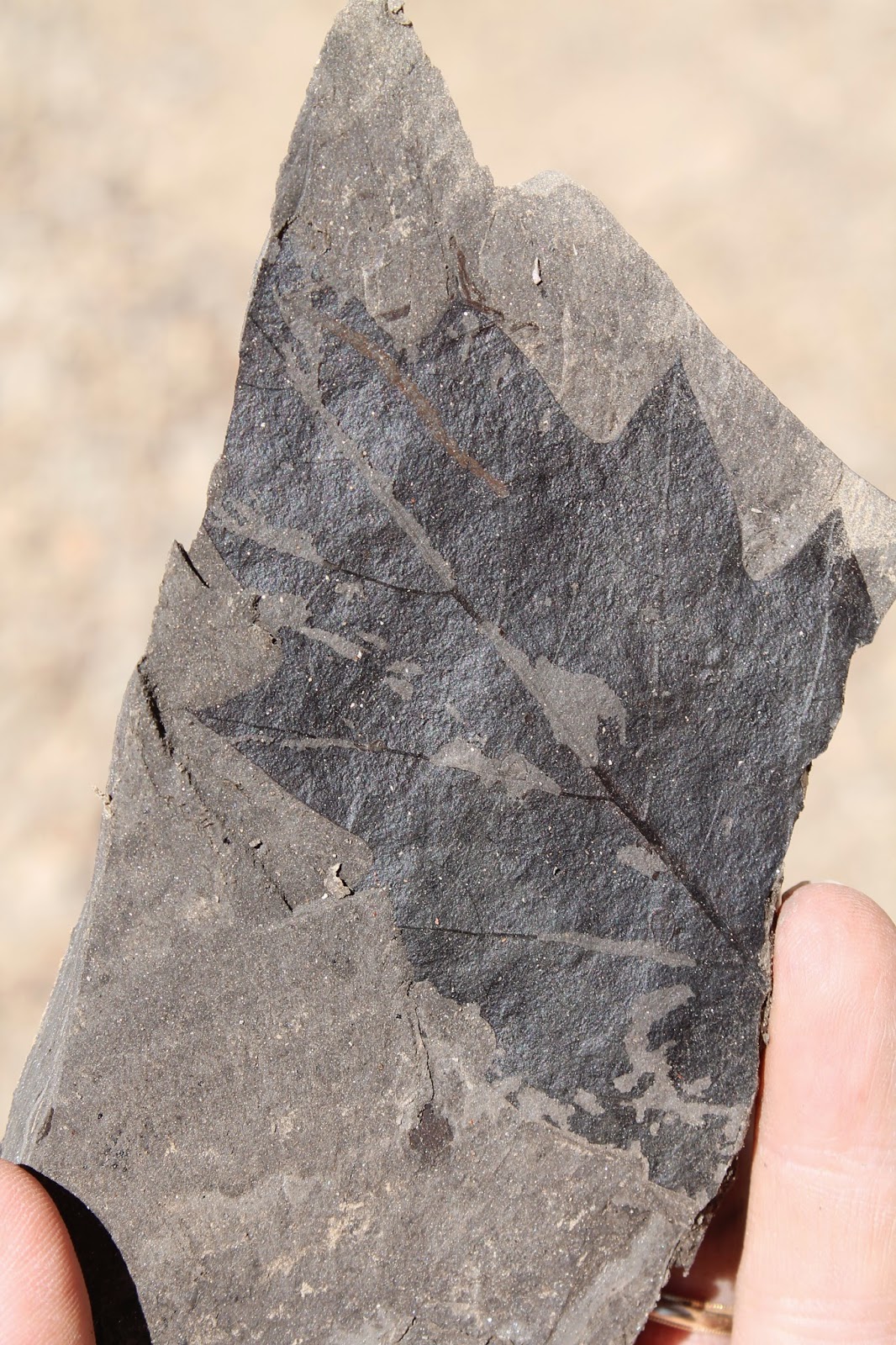 In this image, I believe I recognize a birch (Betula vera) in the lower right, though birch leaves have smaller teeth. 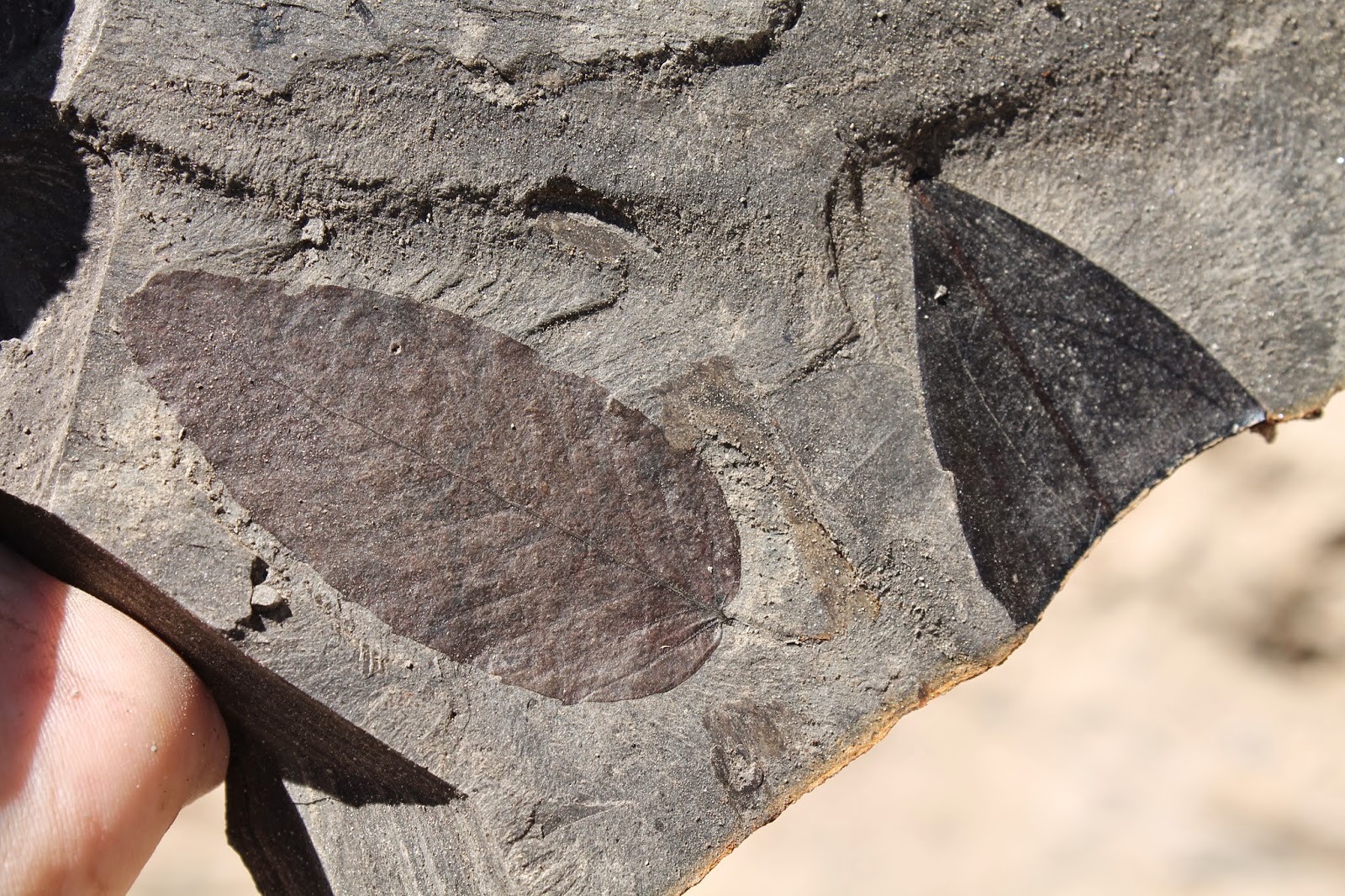 This image reminds me of a mulberry (Morus), which has not been reported from these deposits. Its lobes but not its margins resemble sycamore. The closest match I can find in reported records is a sweetgum, Liquidambar pachyphyllum. In the layer immediately underneath it is a Pseudofagus leaf. 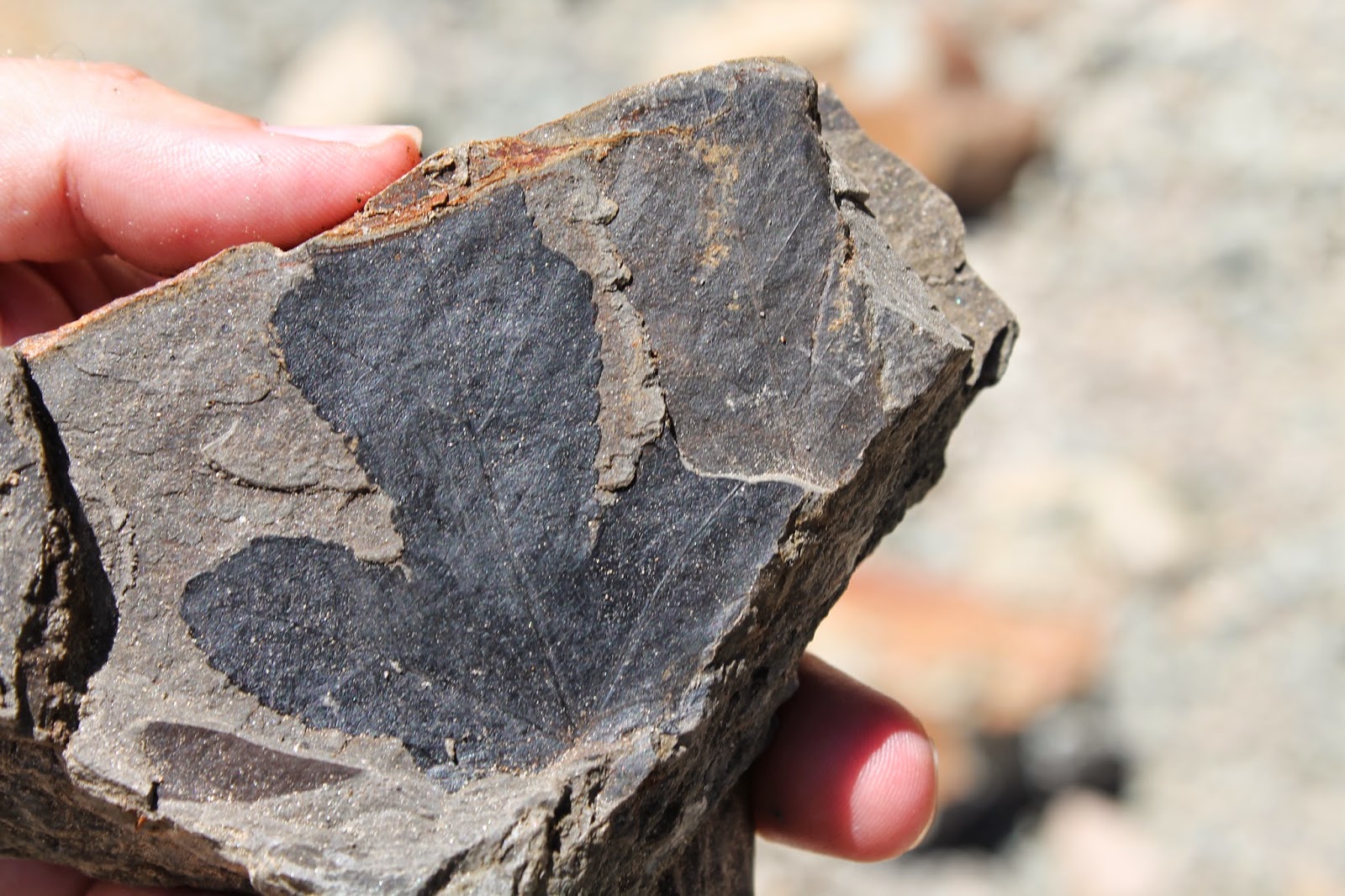 Anyone have a guess about these? 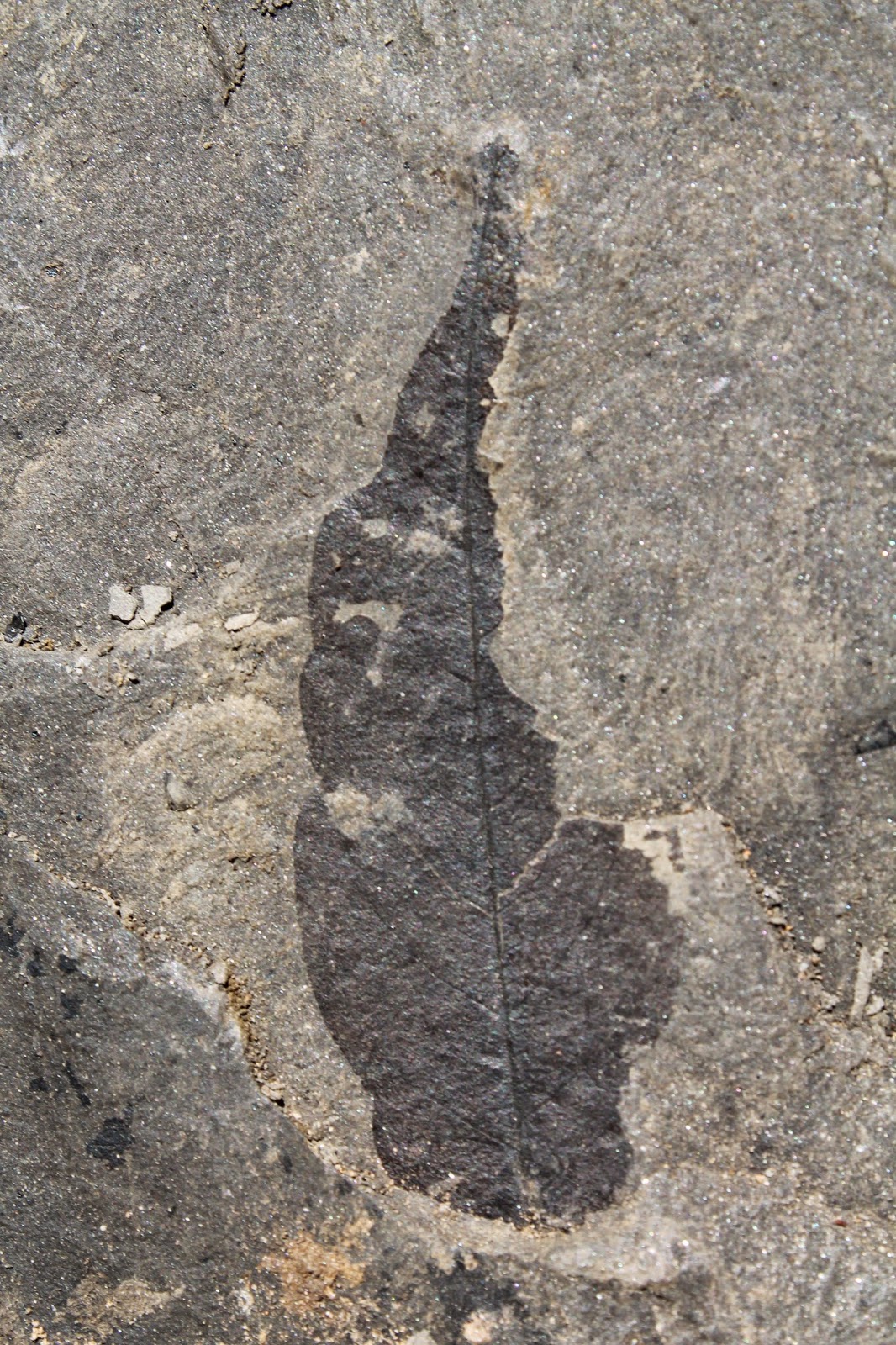 These fossils also tell us an ecological story. First, this was a very diverse forest, with many tree species, resembling forests found today in China and in the southeastern United States. Second, we can say it was predominantly a beech forest, because Pseudofagus was the most common leaf fossil.

And there are some evolutionary themes we can learn from these fossils. First, these leaves fell (over the course of many years, producing many layers) in a forest very different from anything known in the Pacific Northwest today. The climate 15 million years ago was warmer and wetter, which allowed trees to grow that today survive only much further south in Asia and North America where there is more rainfall. The principal reason for this is that, 15 million years ago, the Cascades had not yet formed a rain shadow. The “temperate rainforests” of the Pacific slope more closely resemble the Miocene forests than do the forests of Idaho today. However, even the rich, moist Pacific slope forests of today there are few broadleaf trees, mostly bigleaf maple and tanbark oak. Fossil Bowl preserves a lost forest.

Creationists have an impossible time explaining how a Flood could have collected just these kinds of leaves—bald cypress, sycamore, alder, avocado, elm, etc.—and no others. But some creationists doubtless claim that this is a post-Flood deposit which formed just in the last 4000 years since Noah stepped out of the Ark. But this explanation is no better. Somehow floating rafts of vegetation had to bring just these kinds of plants to what is now Idaho, where they grew into a forest, and then—after the Flood—volcanoes arose and created the rain shadow that now exists. All this in 4000 years. The volcanoes would have to rise pretty fast, faster than they are now. Maybe God speeded things like this up after the Flood. But the Bible does not say this; creationists would have to just make it up.

The thing that is perhaps most interesting to us, and difficult for creationists to explain, is how such a forest is just a little different from those found in southeastern North America and in Asia today. The modern forests have the same genera but not the same species. Even the studies of DNA from chloroplasts of the preserved leaves show that there has been just a little bit of genetic change over the last 15 million years. Modern species of sycamores, for example, do not have leaves like the one in the photo above; modern sycamore species would have evolved just in the last 4000 years at a pace far more rapid than any evolutionary scientist would accept.
Posted by Honest Ab at 11:57 AM