I was driving from Bozeman, Montana toward Coeur d’Alene, Idaho, which should have been a relatively short drive. But I looked toward the south of I-90 and saw snowy peaks. And I wanted to hike to the tundra. So I took a highway south from Bozeman to the resort town of Big Sky. I kept driving past all the resorts where people spent a lot of money to do things I consider boring. At the end of the road there was a crowded parking lot for a trail leading to the Lee Metcalf Wilderness and Spanish Peaks. I took a little water, and my camera, and started walking. During the next four and a half hours of vigorous hiking, sometimes running, my body burned about 1500 calories.

For a long ways, I walked through rocky subalpine meadows. Meadows are not the same as tundra, though they intergrade into one another. Meadows are open areas, associated with creeks, surrounded by forests of more or less full sized conifers, while tundra is an open area underlain by permafrost, interspersed with small krummholz trees. They are not the same, but it is understandable to confuse them. (What is not understandable is for Garrison Keillor to describe the tallgrass prairie of Minnesota as tundra.) One of the things tundra and subalpine meadows have in common is that they have a short growing season, and if the wildflowers are to bloom, they have to do it all at once, which just happened to be late July when I and hundreds of others were visiting.

For most of the trail, I was surrounded by meadows, characterized by some of the following plants. If you don’t like lists of plants, just skip ahead, but I include them for search engines to find.


Elderberry (Sambucus)
Just try to imagine all the colors riotously thrown together! These photos will not do full justice. 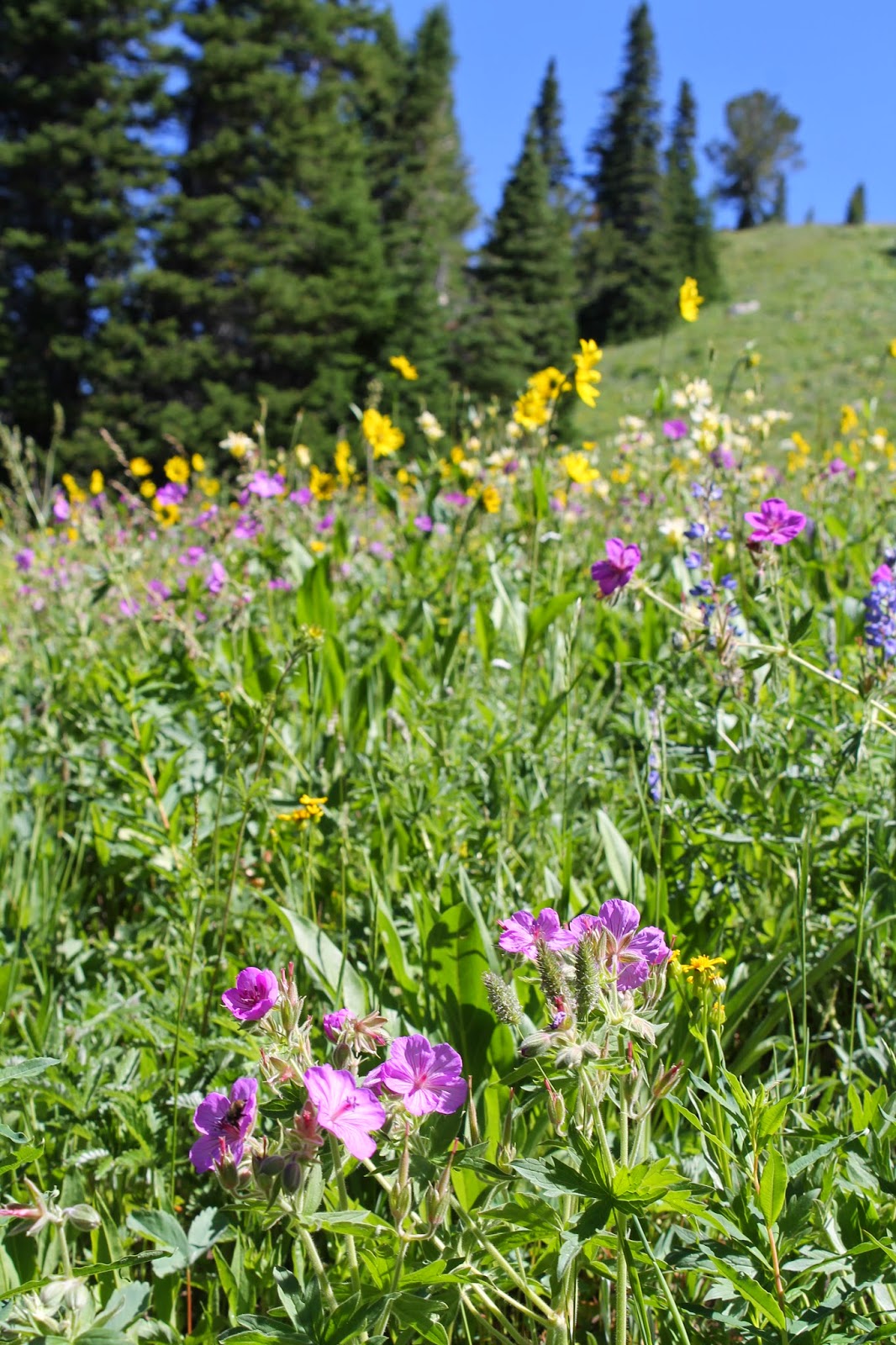 Meadow flowers, with red geranium in the foreground. 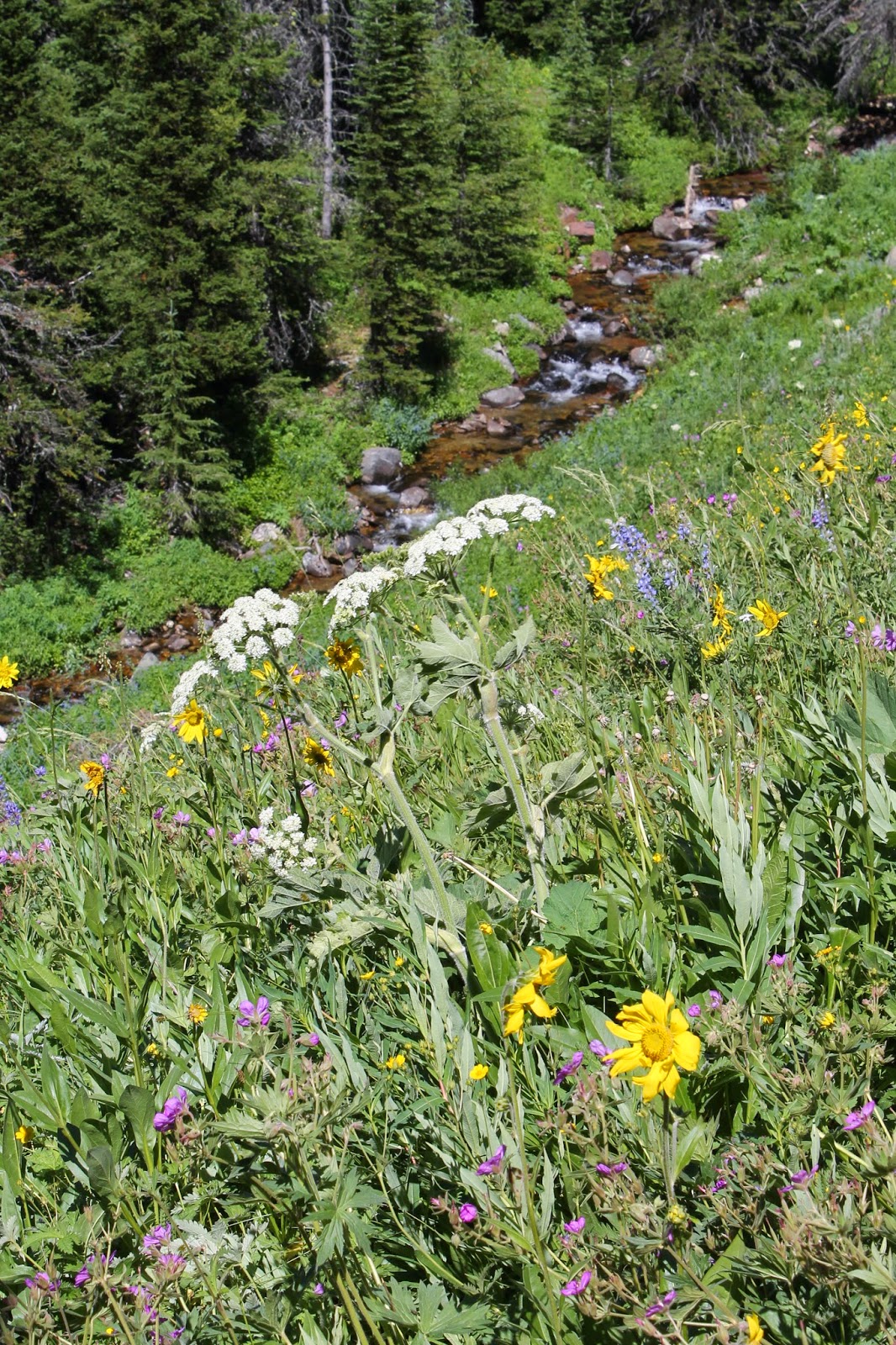 Meadow flowers, with cow parsnip in the foreground. 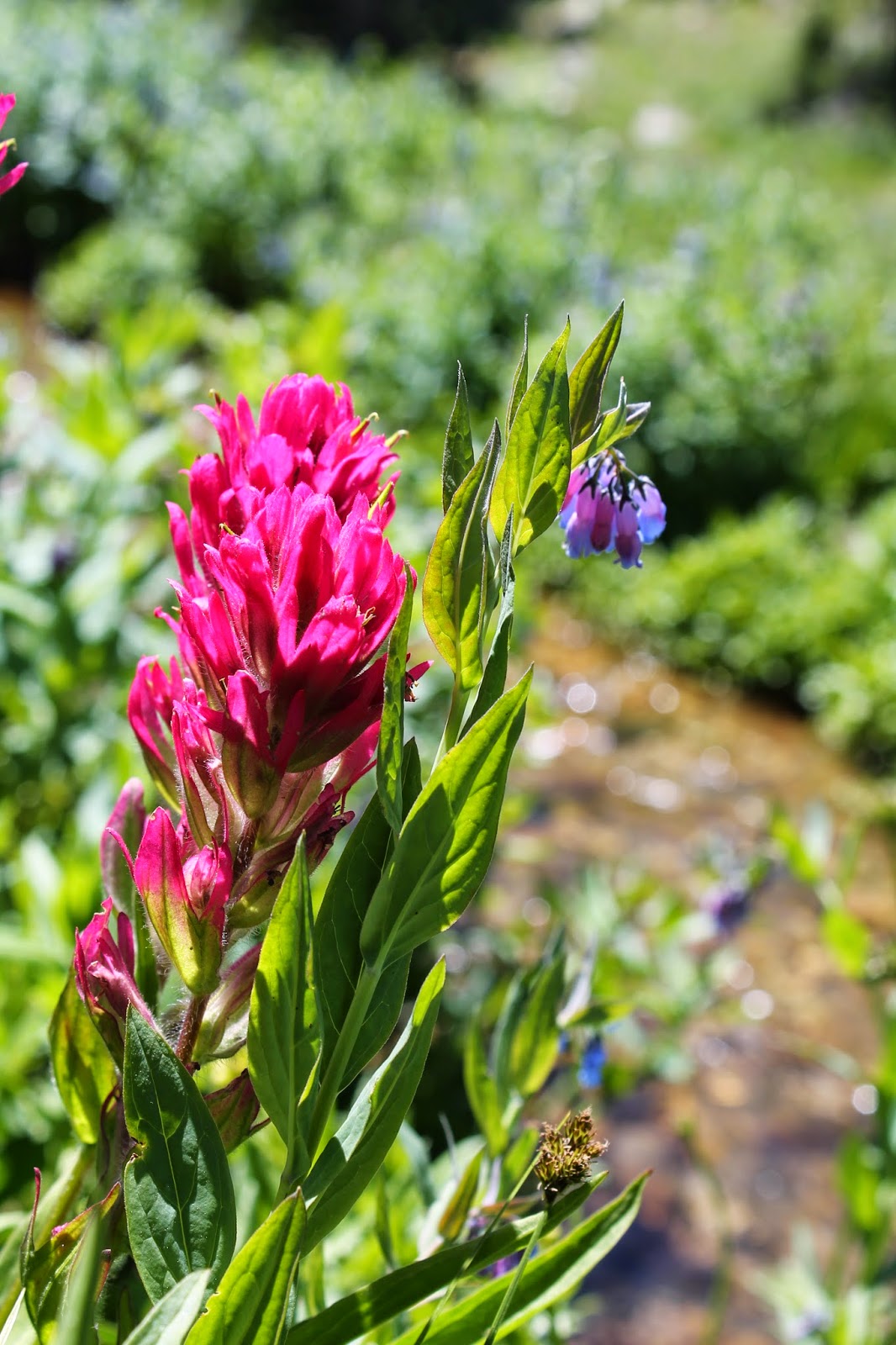 Indian paintbrush from a subalpine meadow. 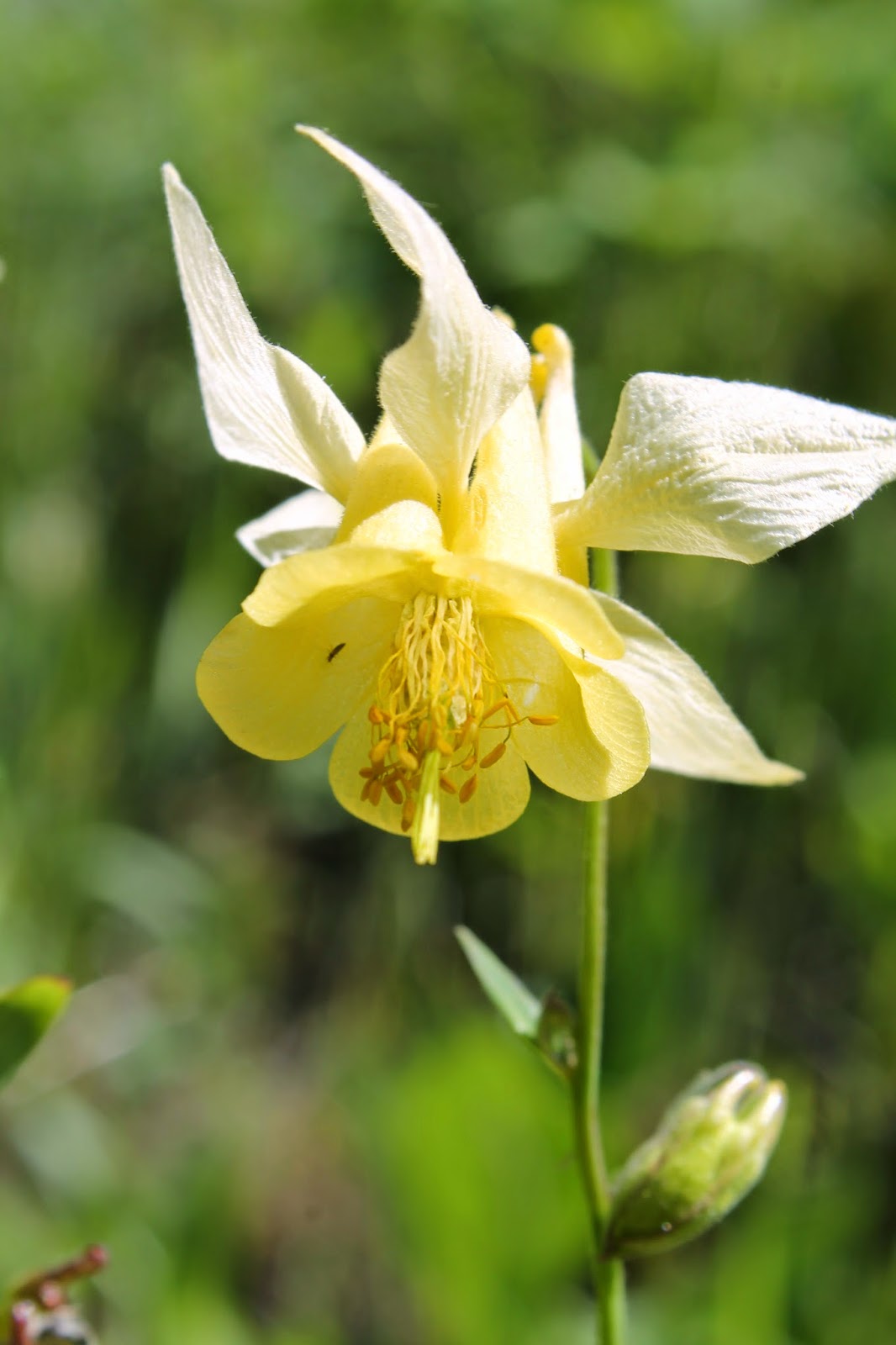 Columbine from a subalpine meadow. 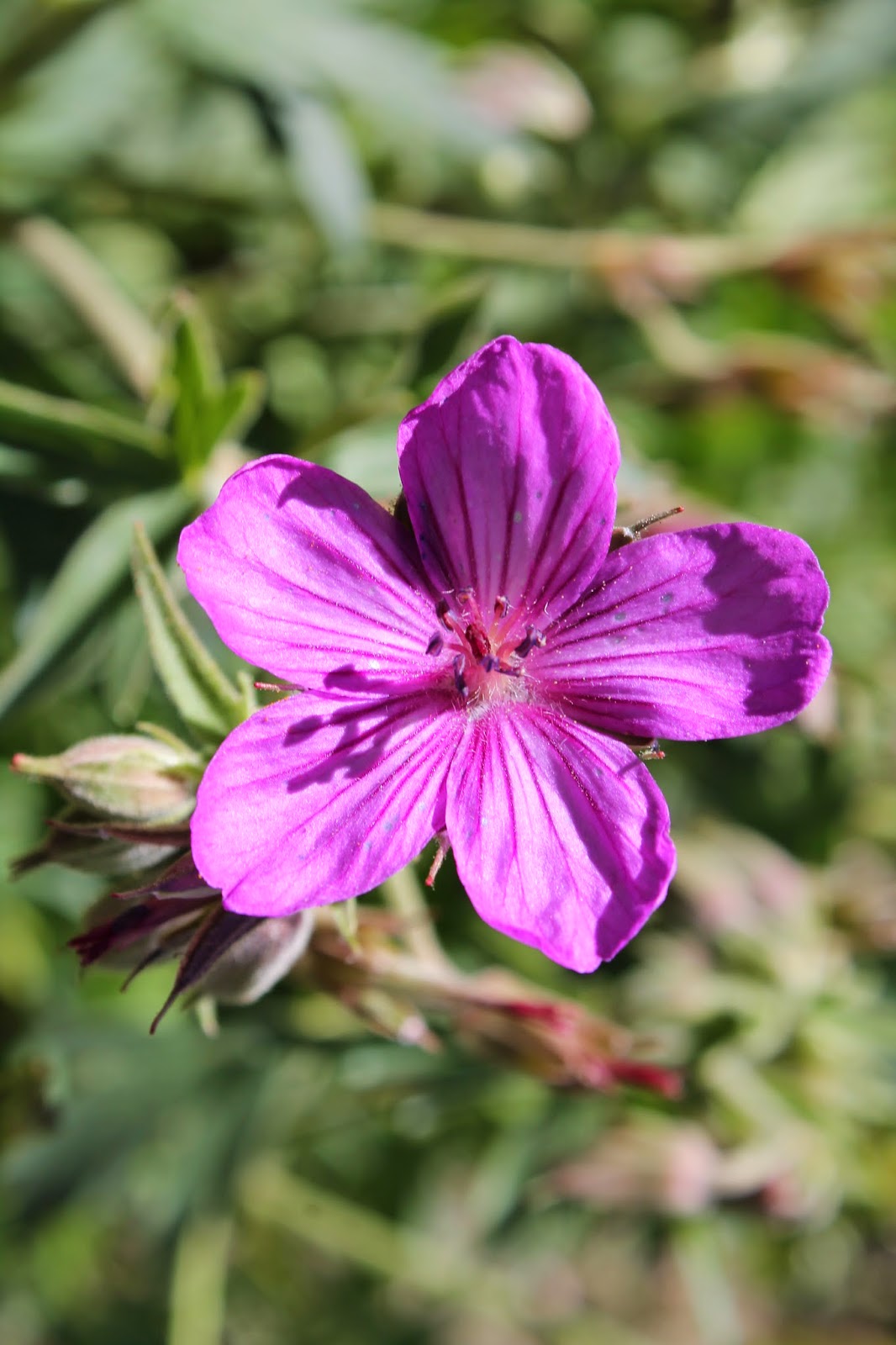 Geranium viscosissimum from a subalpine meadow.

Not far from the trail, my fellow hikers and I saw a moose. It was the only moose I have ever seen and may be the only one I ever see. 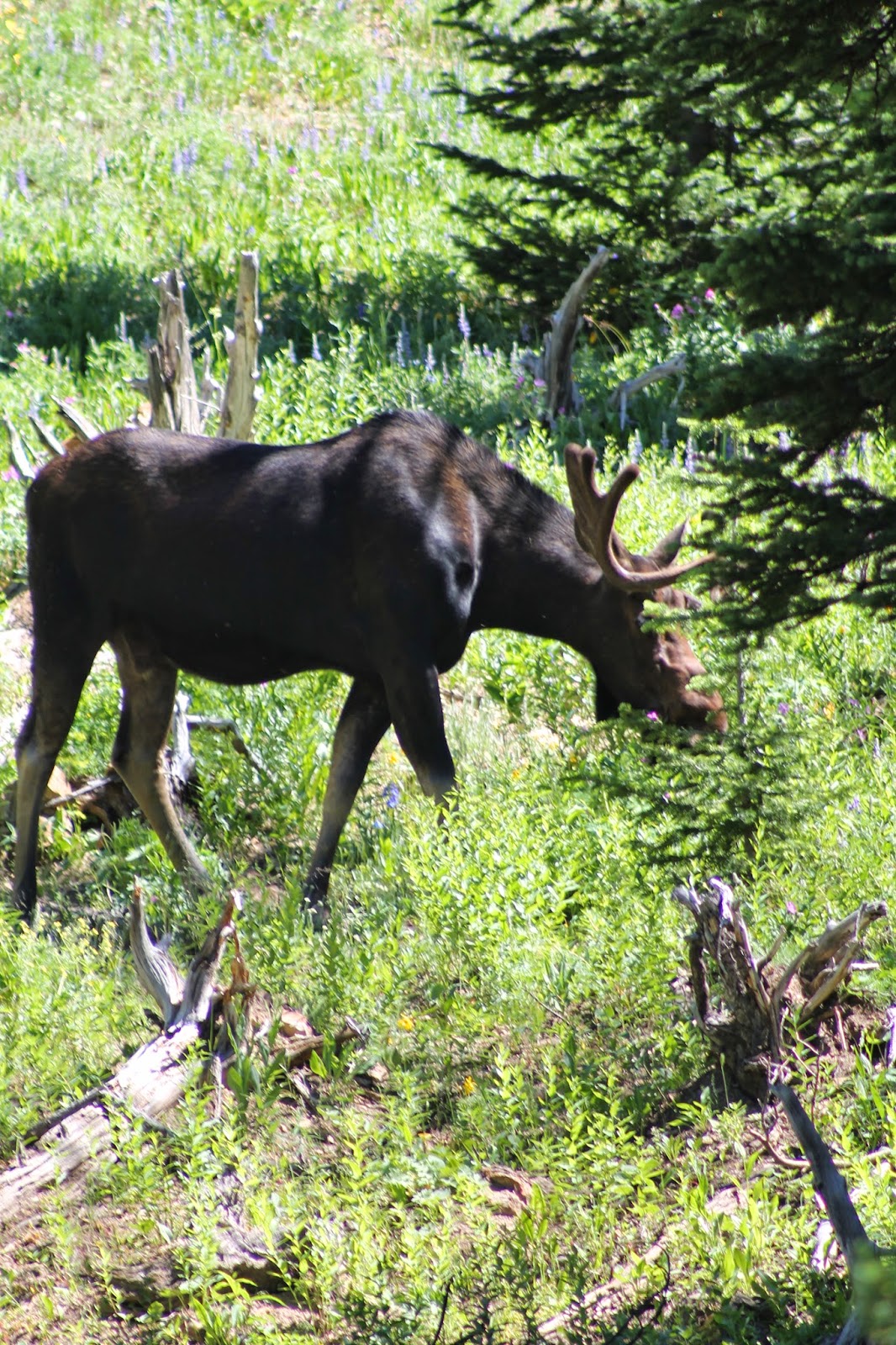 There were also nutcrackers flying around, and I was delighted to tell the people who were watching them about how nutcrackers plant white pine seeds amidst the rocks.

And then, around one last bend, just before I was about to give up and turn around, I found a flat tundra with an utterly blue lake and patches of July snow. There was almost no overlap in plant species with those in the meadow. There were buttercups, a different species of lupine, lilies, and sedges. They were only about 15 centimeters tall, in contrast to the half meter height of the meadow plants. 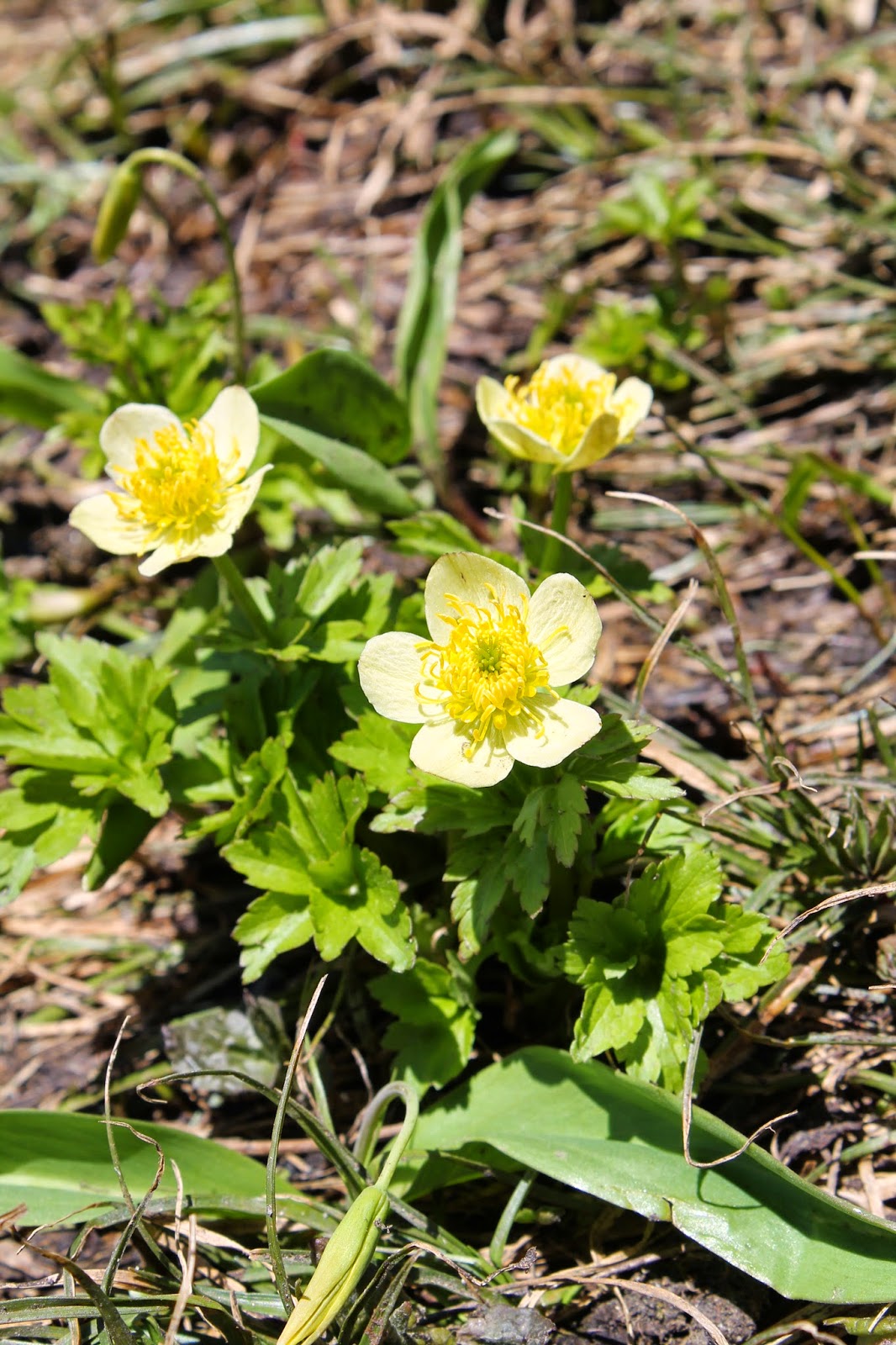 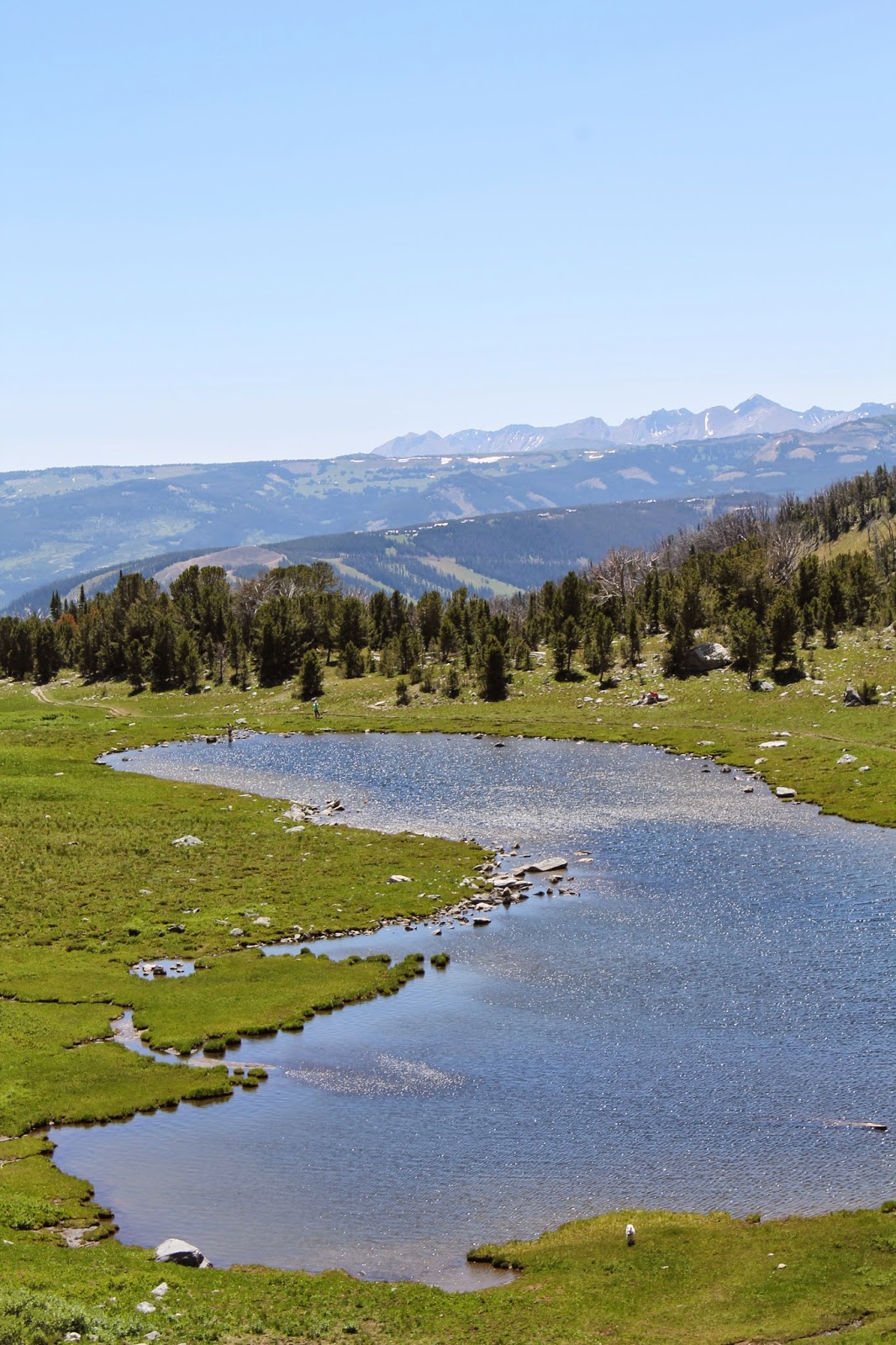 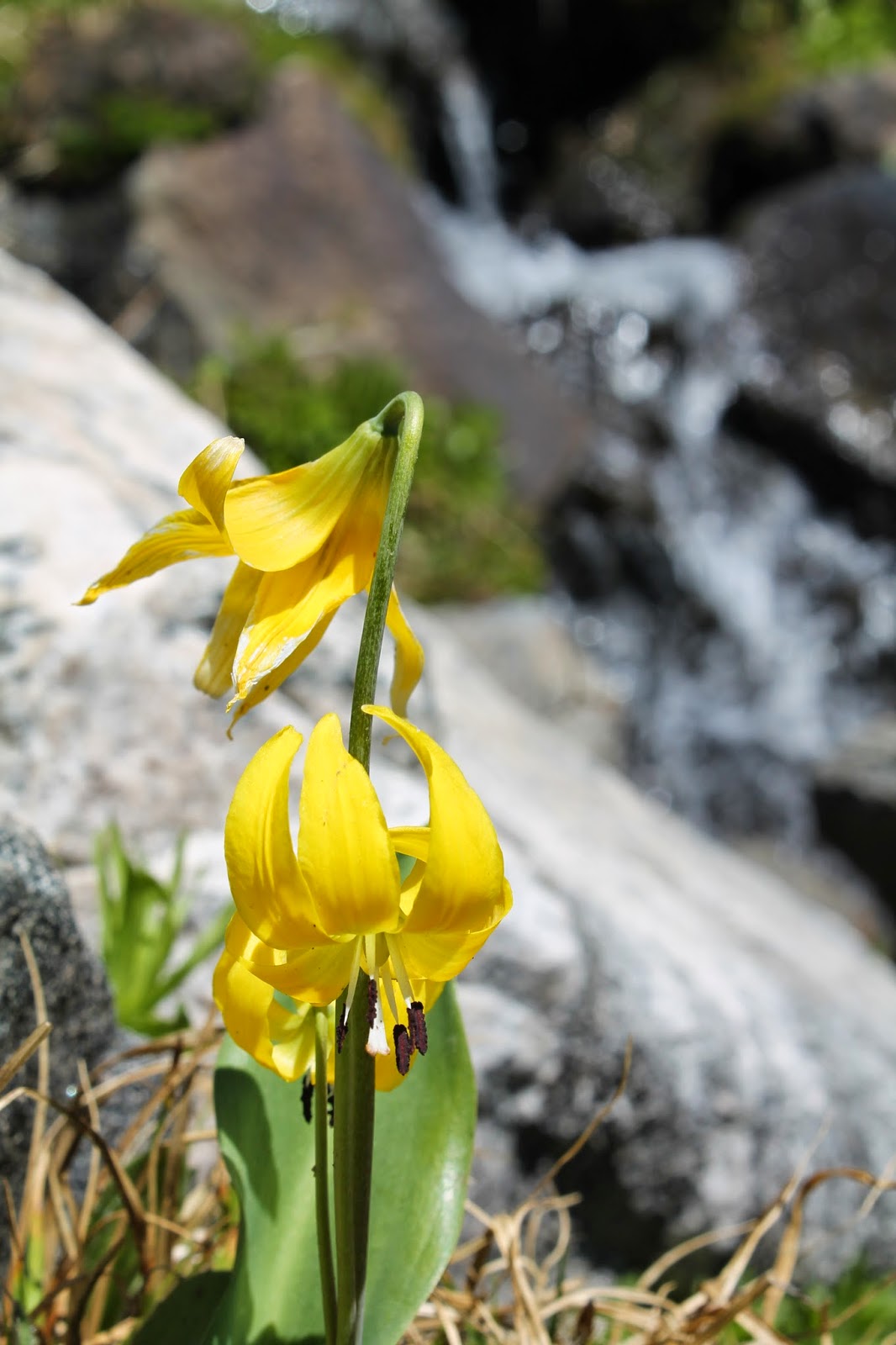 Everyone on the trail seemed to be cheerful, and I had wonderful conversations with a large number of them. When I headed back down, I encouraged those who were still headed up that, when they reached the blue lake at the true tundra, they would feel like they were in heaven, if heaven was windy and chilly even in July. “May the forest be with you!” I told them, a phrase also on my T-shirt. I was as happy cheering on my fellow hikers as with the hiking itself.
Posted by Honest Ab at 9:50 AM